4 MIN READ - Sandi Robinson has it in her bones to make sure people are taken care of. Not only has she worked in the hospitality industry since she was 16 (currently as the Area Director of Sales and Marketing for the Godfrey Hotel and Hotel Essex), but she is a co-founder of ChiGivesBack, an organization whose mission is to improve the welfare of our global community via innovative charitable experiences.

What started out as an impromptu holiday toy drive organized among friends in 2017 has turned into a nonprofit organization with a variety of annual programming, as well as pop-up actions that address specific needs, such as COVID-19 or 2019’s polar vortex. In that case, the Columbia coat company reached out to ChiGivesBack because $75,000 worth of their attire had been damaged when a pipe burst. The partnership allowed for that merchandise to clothe people experiencing homelessness.

“We understand life happens, and we want to make sure we’re prepared to help out with whatever comes up,” Robinson said. “Last year was the polar vortex, and this year is the pandemic. So we like to jump into action where there’s a need.”

ChiGivesBack not only set up a COVID-19 relief fund, but the organization is working with Chef Ravi, a local chef who owns Chic Chef Catering, who for the months of May and June made meals for senior citizens. The organization also partnered with Something Good in Englewood to feed seniors there. 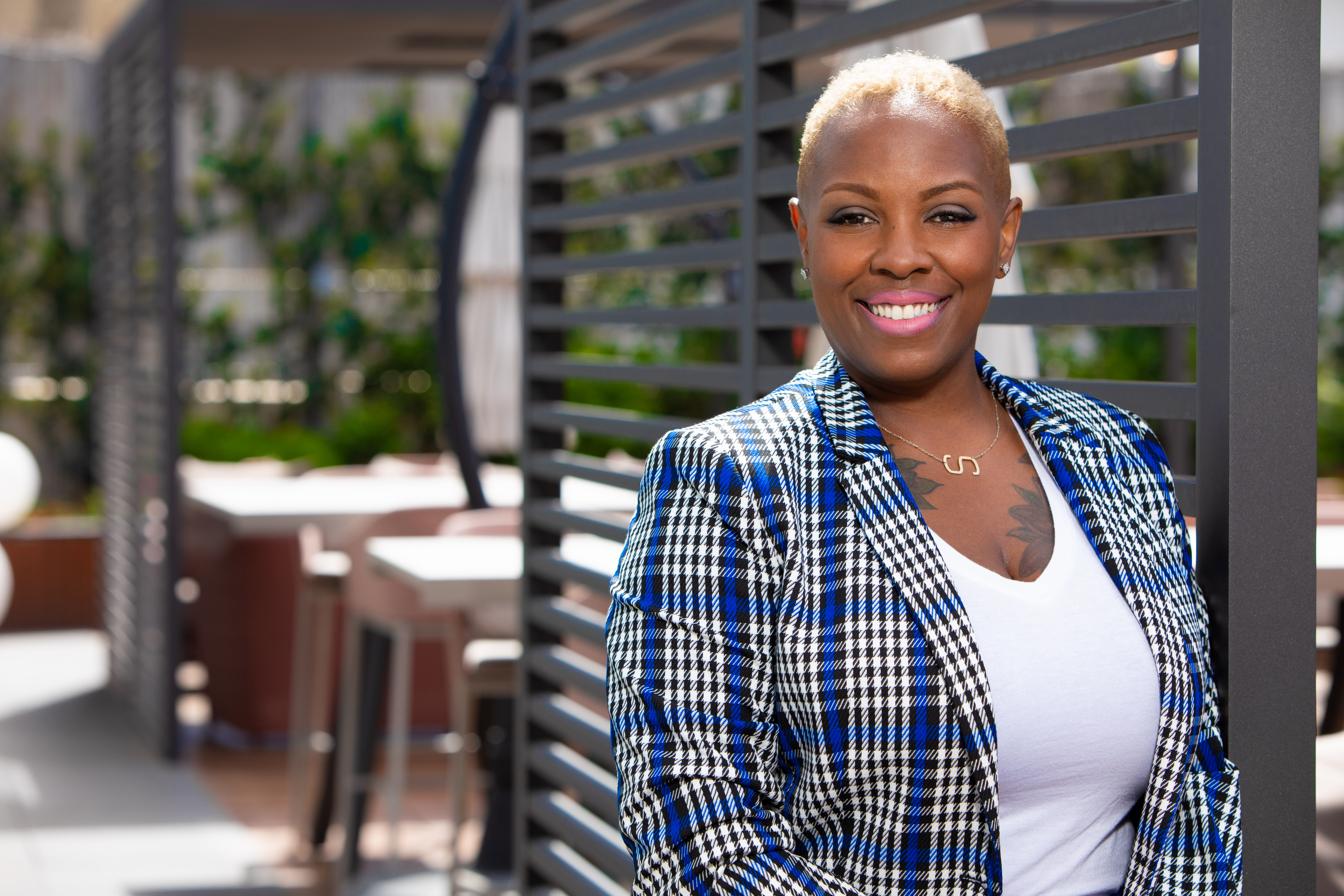 Annual programming now includes a growing toy drive in December (last year they collected over 10,000 toys and hosted a pop-up Christmas Eve toy giveaway in Jackson Park); beautifying a Chicago Public School school for Martin Luther King, Jr., Day through painting, cleaning, and organizing; an initiative in August called #Teach2Give that provides around 100 Chicago Public Schools teachers with kits to start the school year; in partnership with Next Showcase Chicago, free haircuts from around 10 barbershops and salons in September to get kids ready for back-to-school; and Friendsgiving with the Washburn Culinary Institute, where 250 Englewood residents are fed who may not otherwise have a Thanksgiving meal.

“It was such an organic process as far as how we came together, to how ChiGivesBack was organized, to our team—everything we’ve done has been so organic, and it all felt right,” Robinson said. “It felt right to be able to do something in communities and to empower others to give back as well. Oftentimes people are donating to larger organizations, and they’re not seeing where their donations are going. With ChiGivesback, we want people to see where their donations are going and to feel like they have the opportunity to get involved.”

Offering volunteer opportunities is a fundamental aspect of ChiGivesBack. Robinson said it allows people to feel invested in this good work, and it builds community.

“A lot of volunteers are teachers who’ve won our #Teach2Give kits, and because they’re so grateful, they come to us all the time and ask how they can be helpful,” Robinson said. “It comes full circle for us. It’s what we’ve always wanted; we wanted people to feel good about volunteering, and we wanted people to know where they're spending their money and their time. They can see the smiling kids’ faces; they just have that hands-on experience.”

Being hands-on is where Robinson thrives, whether that’s through ChiGivesBack or her work at the Godfrey and Hotel Essex. Because of COVID-19, she has been working from home and misses the hustle and bustle of her on-site duties.

“My day-to-day was never the same,” she said. “I could be speaking to hospitality students at DePaul, then having lunches with clients or showing them spaces, then dealing with emergencies with tech or A/V. Running a boutique hotel, you really are hands-on with so much, which is a good thing. You don’t have as many resources, so you really get to learn more about the property and about the departments, which I think is a huge advantage. I do miss being on-site. I’m just so used to being there, and I’m used to seeing clients and being hands-on.”

Hotel Essex had a contract with the City of Chicago to house first responders during the pandemic, and the Godfrey’s rooftop, I|O Godfrey, is now open for business under strict guidelines. Robinson is as eager as anyone for a return to normal because she loves what she does.

May Loop Employee of the Month: Darnell Horton

3 MIN READ – During the COVID-19 pandemic, it’s been said that one of the safest ways to get around for essential trips is by bicycle. Learn More

3 MIN READ - Marc Prince’s official title is office manager at Newsy, but he sometimes likes to refer to himself as the video news outlet’s “mama hen.” Learn More
Can't find what you're looking for?
Get travel inspiration, tips and exclusive offers sent straight to your inbox.