Posted  13 months ago  in  Trending

6 MIN READ – The popular event series, Sundays on State, has been nominated by PRWeek Awards for “Best in a Crisis,” and Chicago Loop Alliance (CLA) marketing team now joins major national and international powerhouse brands recognized by the communications industry’s highest accolade. Final winner(s) to be announced in March 2022.

After a hugely successful inaugural year and being named Best New Event of 2021 by Time Out Chicago, Sundays on State has received yet another accolade as a PRWeek US Awards nominee. Now celebrating its 23rd year, the PRWeek Awards not only bring praise to the companies they serve, but also shed light on the issues that matter. These activations are inclusive, provocative, sometimes controversial but always inspiring. They are visual, viral, visceral and get to the core of issues that may be thought about but are rarely addressed in a public forum. 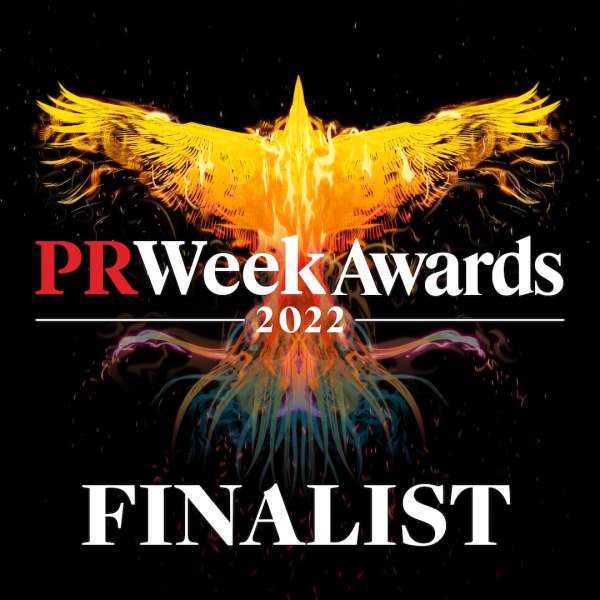 A PRWeek Award is a unique symbol of excellence, leadership, and immediately sets victors apart from all others. It celebrates the best of the best corporate, agency, nonprofit and education teams, and the work they produce. This year’s nominees include PepsiCo, Budweiser, Amazon, MasterCard, IBM, Pfizer, United Airlines, the Presidential Inaugural Committee, Subway, Yelp, and many more. See the full list here. 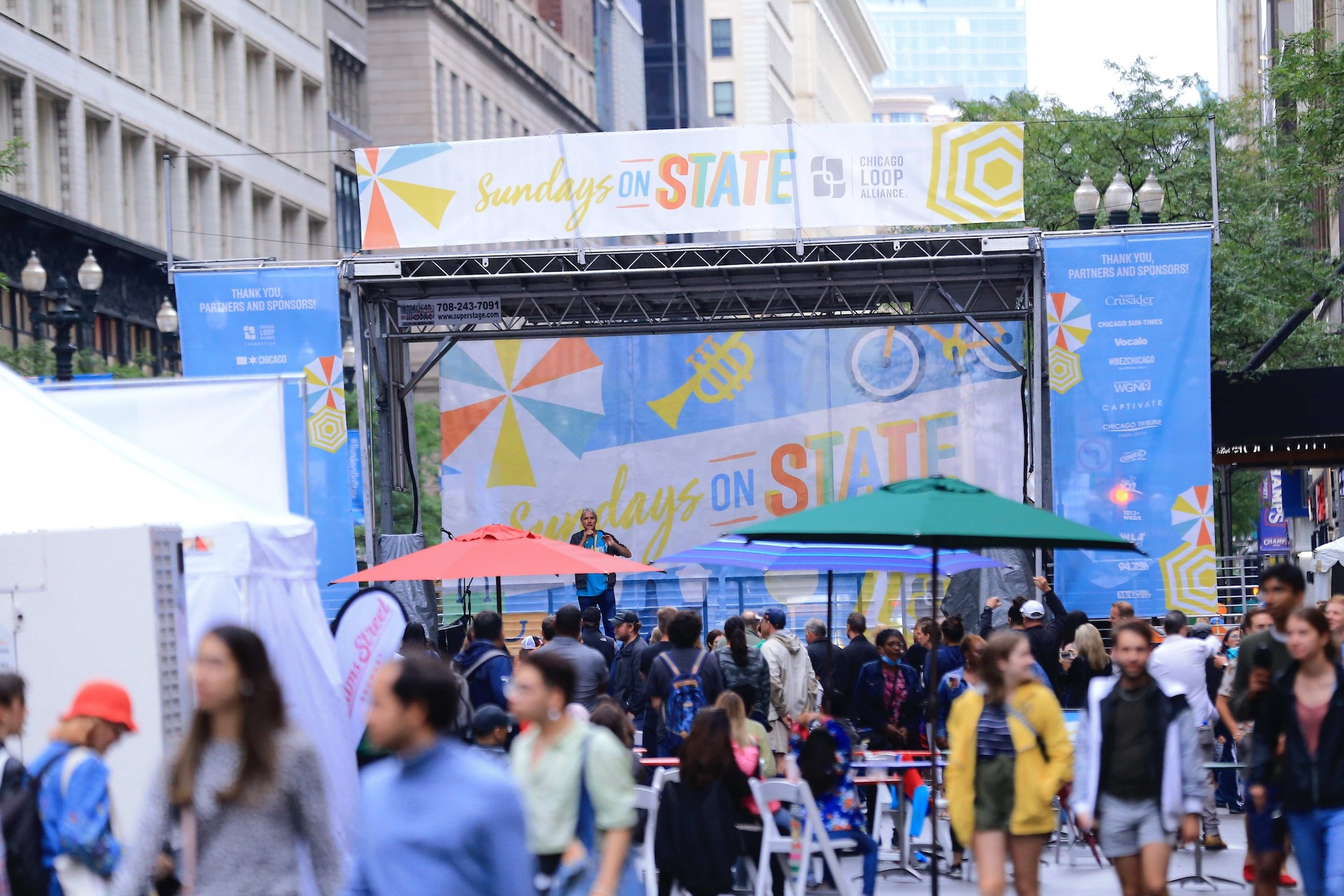 As a non-profit organization responsible for promoting the largest central business district in the U.S. outside of Midtown Manhattan, the circumstances of the last two years created an inconceivable crisis for the community CLA represents. CLA creates, manages, and promotes positive and inclusive programs that attract people to the Chicago Loop and accelerate economic recovery.

Since the Loop’s residential population is less than 10 percent the size of the worker population, and Chicago’s tourism typically exceeds 50 million visitors annually, the COVID-19 pandemic presented a unique crisis. Overnight, most of the neighborhood’s foot traffic disappeared for many months. In addition to the pandemic, civil unrest, and crime dominated news coverage, and public sentiment towards the city’s downtown area deteriorated.

CLA identified the need for a campaign that would accelerate the Loop’s economic recovery, unite the community, and create joy. The campaign also needed to encourage people back to the Loop and restore their perception of the area.

A successful campaign needed to encourage people to return to the Loop and deliver a positive and inclusive experience that would make them feel safe and comfortable visiting on a more regular basis. Essentially, they needed to fall in love with their city’s downtown again.

From this charge, the concept for Sundays on State was born. Chicago’s most iconic street, State Street, would close to traffic on select Sundays during the summer and transform into an open street full of surprises. Neighbors from every area of the city and beyond were invited to come together for a free, interactive city-wide block party, while safely enjoying art, culture, active recreation, food, drinks, shopping, and local attractions in the heart of everyone’s neighborhood—the Loop. 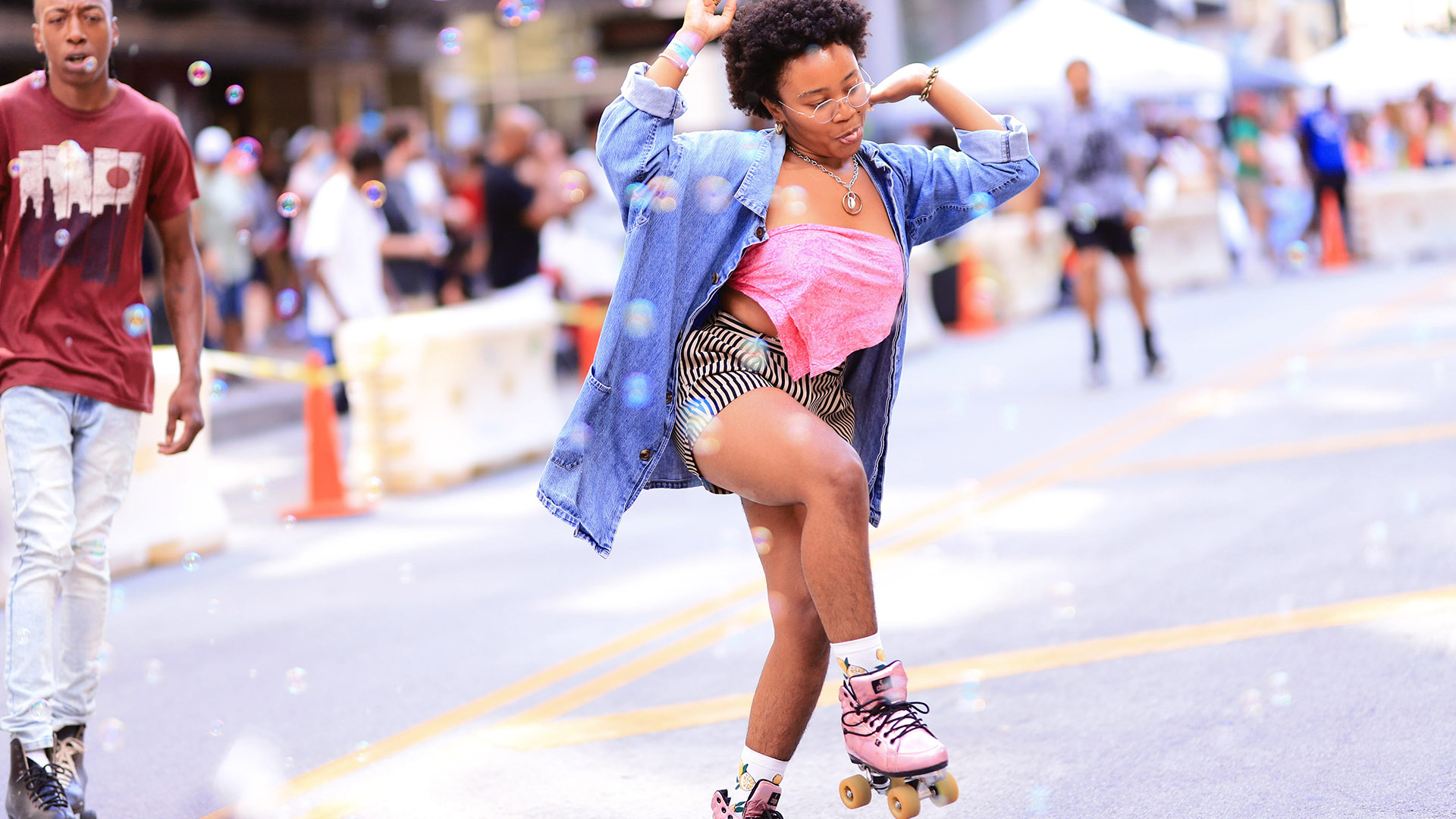 The marketing and PR strategy for Sundays on State was crucial to the event’s astounding success. In a notoriously segregated city, efforts to create an inclusive event needed to be purposeful, local, and authentic. Today’s popular methods of relying solely on massive global digital advertising companies like Facebook or Google would not suffice. It might have been a much easier way to deploy advertising efforts and funds, but it would not have authentically encompassed the goals of the campaign. Instead, a more thoughtful, local, and time-intensive effort was required. The audience needed to be as diverse and inclusive as the city itself, including those without digital access. Attendees needed to feel truly welcomed and invited by trusted pillars of their own community. When developing the campaign, priorities included supporting local minority-owned media outlets through advertising dollars and giving additional exposure opportunities to a wide variety of local outlets through partnerships and sponsorships, which also further extended the campaign’s reach and maximized the marketing value received to over three times the scope of the original budget for the campaign.

This focus on diversity included successful efforts to advertise and recruit the event’s vendors and performers from across the city. Application materials were advertised through local minority-owned advertisers and distributed to the general public and press. The application and vendor activation process were completely free to participants, which is rare for this type of event. No fee was required to participate, which removed barriers to entry for many small business owners and underrepresented groups. The strategy proved successful. Over 69% of participating vendors and performers at Sundays on State came from underrepresented groups including woman-, minority-, LGBT+- veteran-, and disability-owned businesses.

CLA contracted Allied Global Marketing to assist with some aspects of the marketing campaign. The team at Allied was instrumental in assisting with various elements of paid advertising and growing crucial media sponsorships. CLA maintained campaign oversight and managed the majority of the budget with their small in-house marketing and PR team.

The marketing and PR tactics for Sundays on State were purposely diverse and expansive in order to reach and effectively penetrate communities throughout the city and beyond. Exposure strategies included paid advertising (out-of-home, broadcast, print, digital, online), earned media, community partnerships, and sponsorship acquisition. 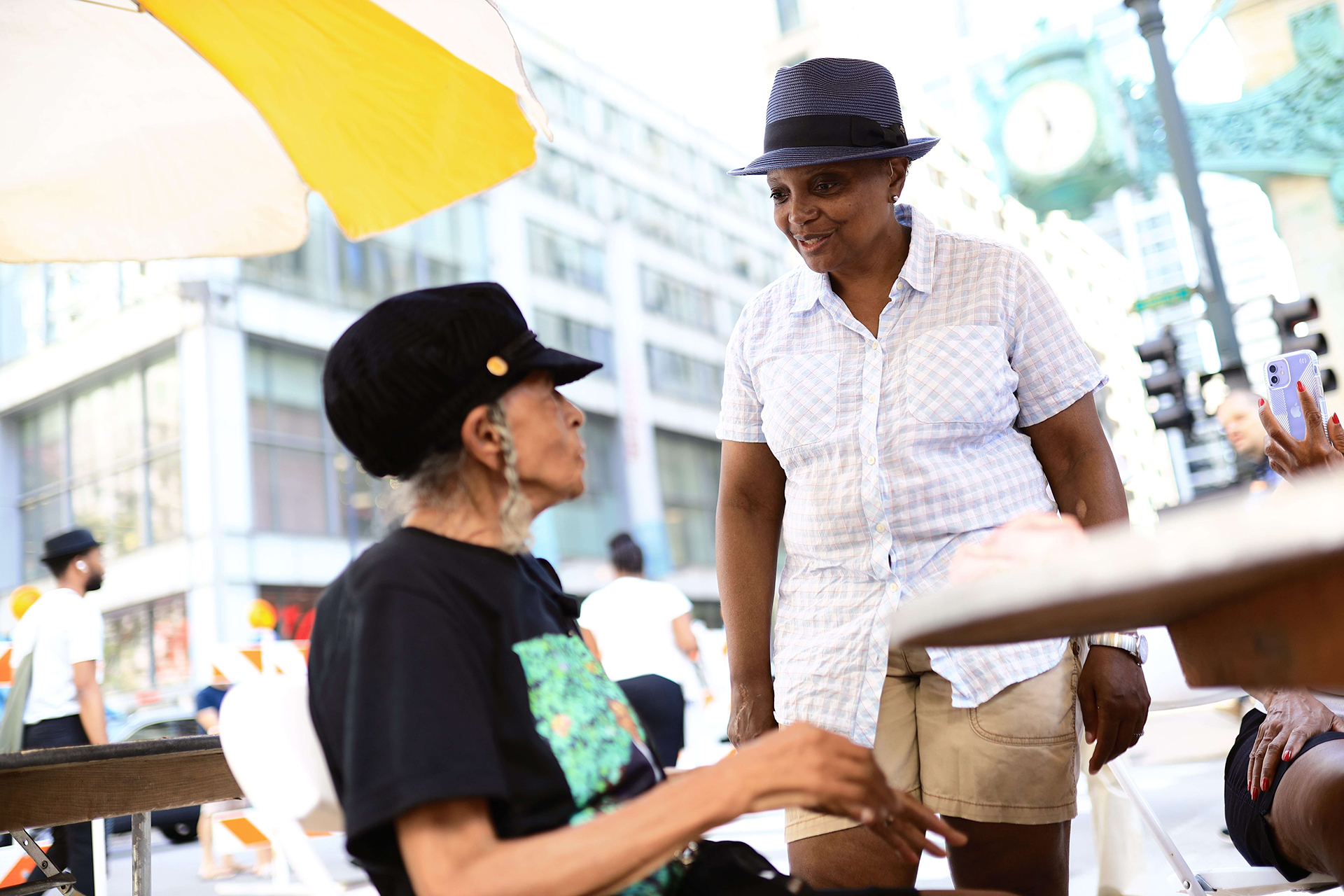 THE RESULTS AND IMPACT

Sundays on State met and exceeded all of Chicago Loop Alliance’s primary goals for the campaign: 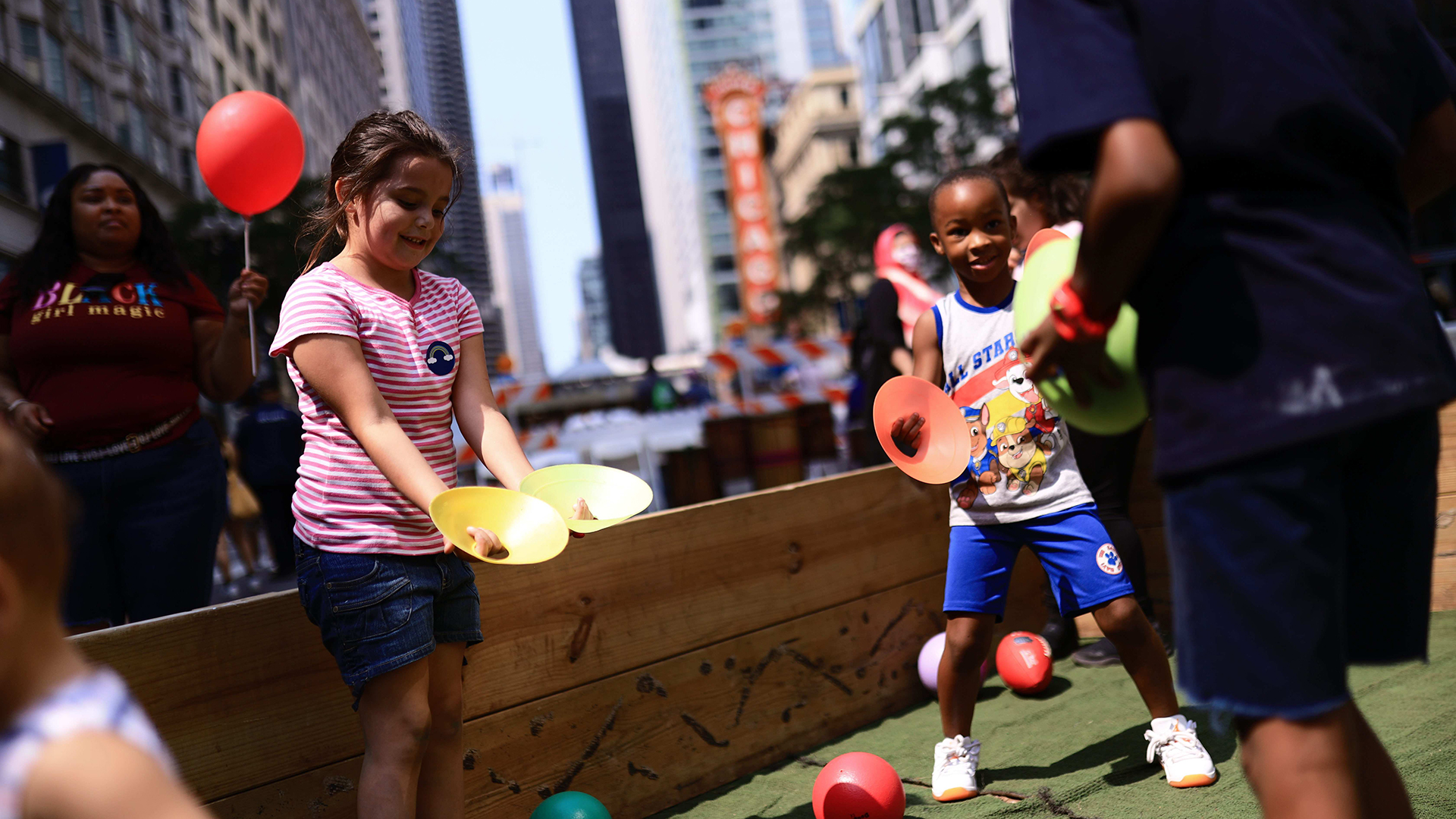 The PRWeek US Awards winners will be announced in March 2022. View the full list of nominees here. Learn more about the full impact of Sundays on State here.

Chicago’s most iconic street, State Street, closed to traffic from Lake to Madison on select Sundays during the summer and transformed into an open street full of surprises. Named “Best New Event of the Year” by Time Out Chicago. Learn more

2 MIN READ – On December 7, Time Out Chicago released their Best of the City Awards for 2021, and Chicago Loop Alliance’s Sundays on State was named... Learn more

The Impact of Sundays on State