Posted  3 years ago  in  Trending

2 MIN READ – From July 6-13, buildings in the Loop will light up blue in celebration of a new nickname given to the area by Chicago Loop Alliance, “Everyone’s Neighborhood.” The initiative is intended to unite and promote the Loop community.

A variety of buildings will participate in the community light-up, including the search light on the Metropolitan Tower at 310 S. Michigan Ave. The search light's four powerful beams, which stream down the lakefront including Grant Park, is most notably remembered from its use to celebrate President Obama's election victory in 2008. Metropolitan Tower also houses a 20-foot-high beehive-shaped lighting structure, which earned the building its nickname, the Beehive Building.

Buildings without lighting capabilities will also support the community effort by displaying #BackInTheLoop on their signage, as well as posters and digital signage with the “Everyone’s Neighborhood” message. 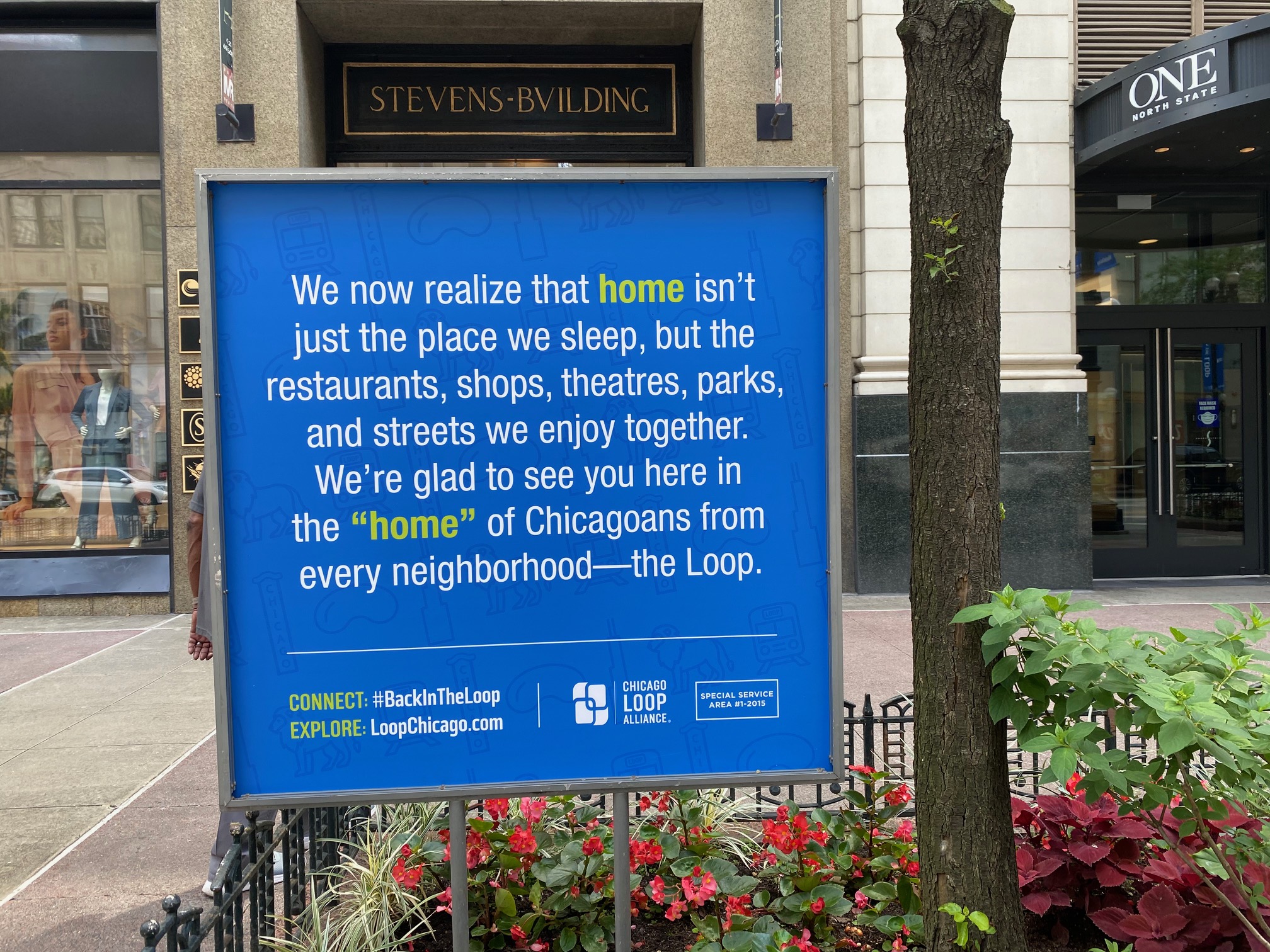 “This year has presented the unimaginable challenge of COVID-19, as well as a re-energized movement for Black lives, and we wanted to do something unifying,” said Chicago Loop Alliance President and CEO Michael Edwards. “We have been internally referring to the Loop as ‘everyone’s neighborhood’ for years, but we felt some urgency to make the moniker official and widespread. As businesses continue opening up in phase four of the city’s Protecting Chicago framework, we want to put out the message that everyone belongs downtown in the Loop.”

The light-up campaign was organized in partnership with the Building Owners and Managers Association of Chicago (BOMA/Chicago). 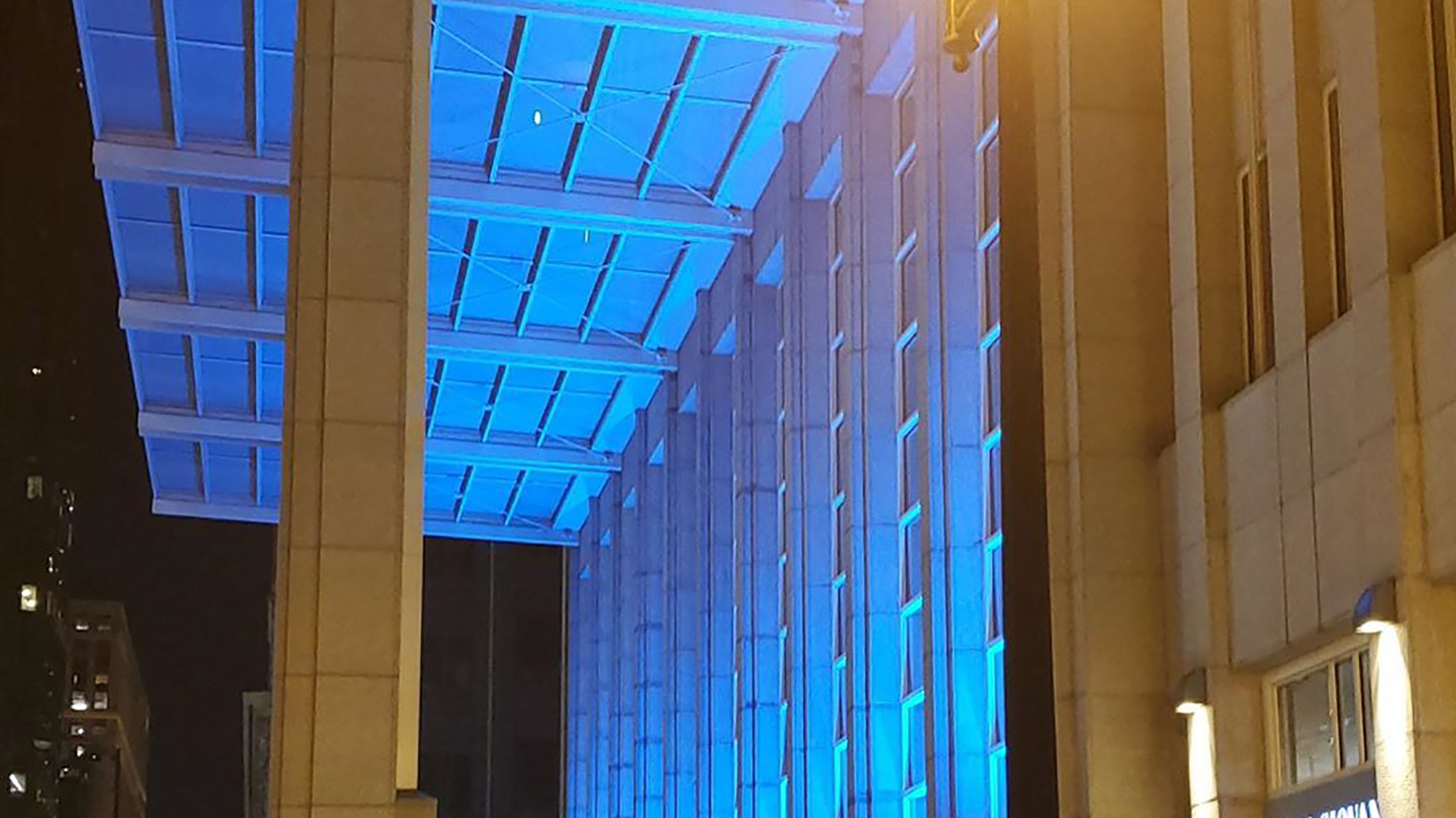 “The Loop is the economic driver of Chicago, and after months of keeping our buildings safe and secure throughout these difficult times, we’re thrilled to once again welcome everyone back to the Loop,” said Michael Cornicelli, executive vice president of BOMA/Chicago. “Our member buildings stand tall amidst the beautiful Chicago skyline, and we are delighted to do our part to light up and signal to Chicago residents and visitors alike that we’re back and open for business.”

Among the buildings participating in the light-up is the tallest in Chicago, Willis Tower.

"Willis Tower has been an icon to this great city for nearly 50 years, and we look forward to welcoming back customers, guests and partners to our piece of the neighborhood," said David Moore, Senior Vice President and Portfolio Director at EQ Office. "We are proud to call the Loop our home, and are firm believers that we will reemerge from this crisis stronger and more resilient than ever."

In addition to the building light-up, “Everyone’s Neighborhood” also utilizes banners and street-level signage along State Street, which were unveiled July 1. And this summer, Chicago Loop Alliance will commission a mural in the Pedway between Macy’s and the CTA station to reflect the “Everyone’s Neighborhood” theme. Loop businesses, cultural institutions, residents, schools, property owners, and community organizations have all joined to spread the word, and Chicago Loop Alliance invites the public to share their experiences returning to the Loop using #BackInTheLoop on social media.

While the Loop’s essential workers and 20,000 residents never left, the neighborhood saw an 80-percent drop in pedestrian activity during the state’s stay at home order, illustrating the importance of the Loop’s 370,000 workers and millions of annual visitors. Chicago has the second largest business district in the U.S. outside of Midtown Manhattan, and members of the large worker population in the Loop hail from every neighborhood in Chicago and beyond, which was the chief motivation for earning the “Everyone’s Neighborhood” moniker. Prior to COVID-19, many Loop workers spent more of their waking hours in the Loop than their own neighborhoods; and as home to some of Chicago’s greatest icons, visitors often picture the Loop first when they think of the city.

The Loop's boundaries are the Chicago River to the north and west, Ida B. Wells Drive on the south and Lake Michigan on the east. 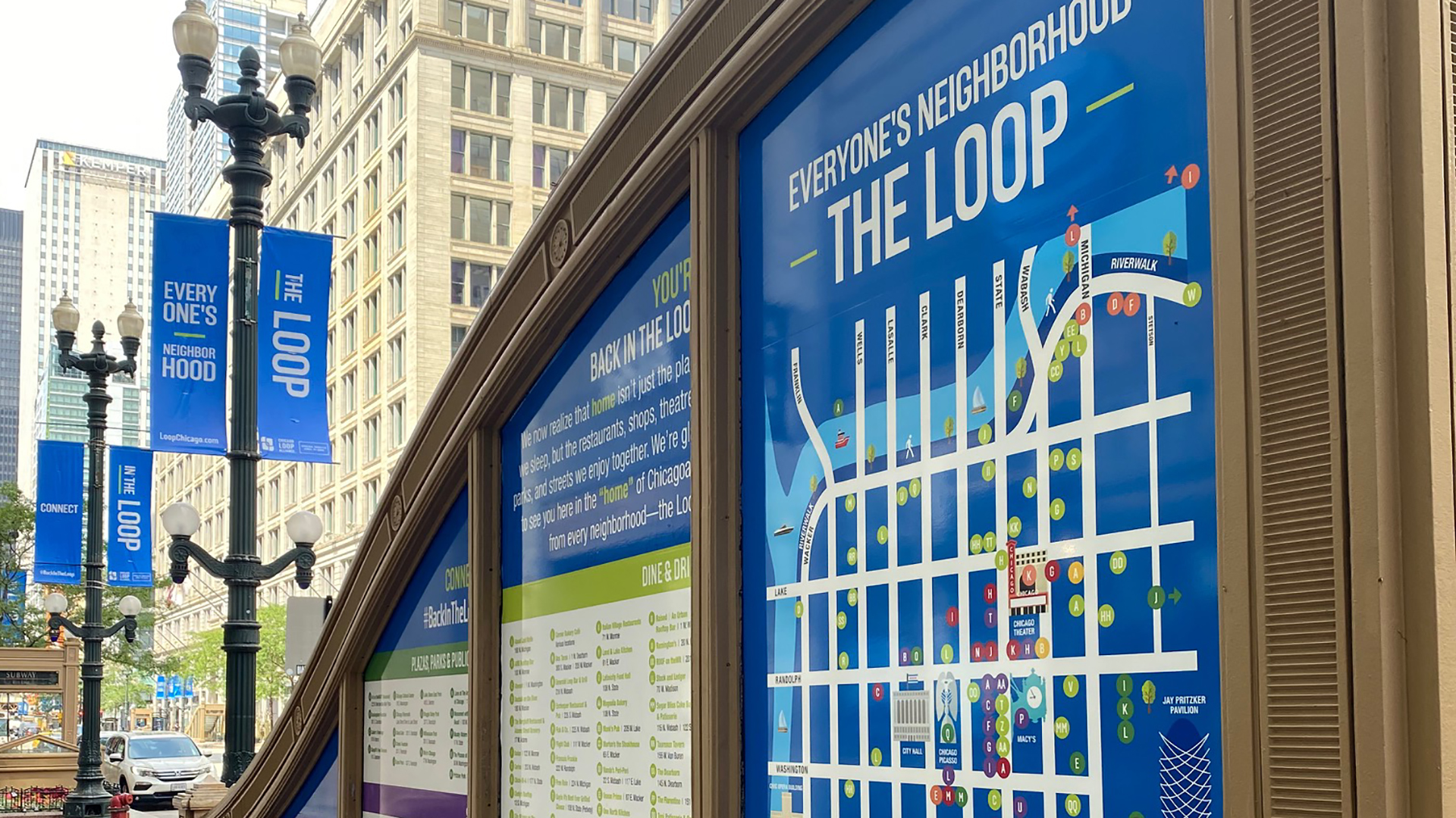 7 MIN READ --Chicago Loop Alliance launches a new initiative designating the Loop as "Everyone's Neighborhood," as the city reopens for activity in accordance with the Protecting Chicago initiative, and... Learn More

What’s new in the Loop

4 MIN READ – It has been nearly three months since Gov. Pritzker issued his stay at home order, so a lot has changed in the Loop... Learn More

3 MIN READ - The 2020 Attractiveness of Global Business Districts Report, a ULI and EY partnership, ranked the Chicago Loop the 10th most attractive business district in the world. Learn More