Area artists were asked to create label art depicting how Lake Michigan and living near water has impacted their lives for use on cans of Chicago drinking water. A limited run of the Chicagwa cans has been produced all to bring awareness to Chicago’s proximity to — and rich history with — the vast source of water at its shoreline. 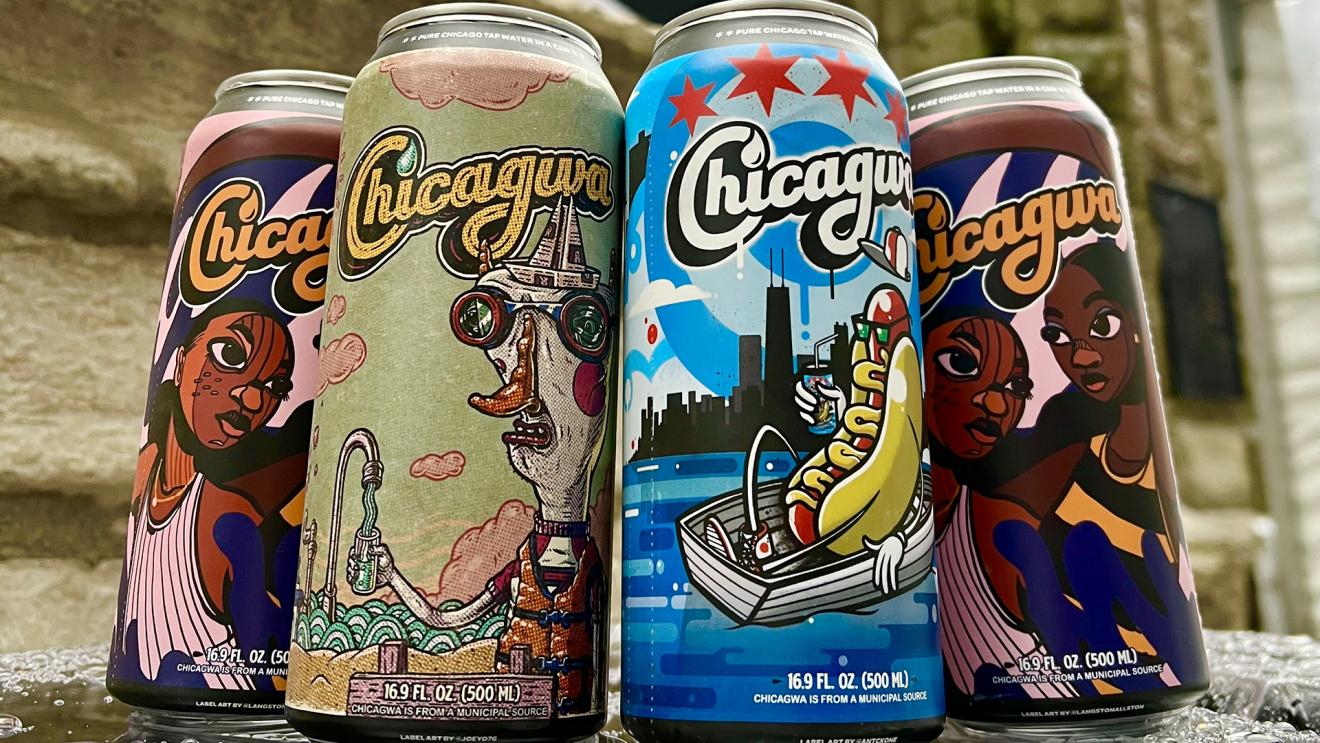 “From the beginning of my administration, I’ve made it a priority to ensure that every resident has access to high-quality drinking water,” said Mayor Lightfoot. “Together, we’ve ended water shutoffs for nonpayment and introduced legislation in City Council to protect water affordability. Now it’s time to celebrate Chicago’s water with a campaign that reminds us of our most precious resource – Lake Michigan.”

The limited run of cans features six different designs, created by a diverse group of local Chicago artists in a range of styles to represent the diversity of the city. The City also released a humorous short film announcing Chicagwa, narrated by Chicago TikTok historian Shermann “Dilla” Thomas, on the campaign website DrinkChicagwa.com. The site contains tools for local businesses and Chicagoans to help promote Chicagwa. 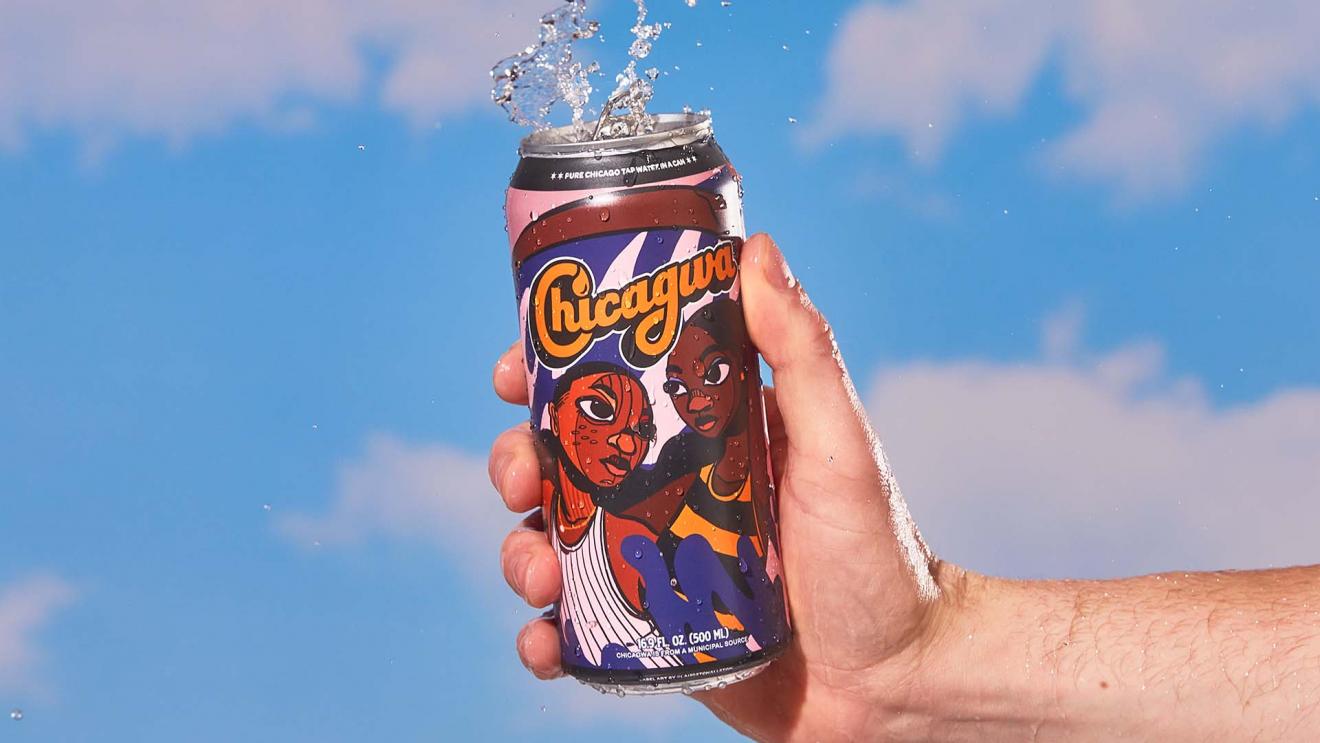 “For years, Chicago’s drinking water has consistently met and exceeded all industry, state and federal quality standards,” said Dr. Andrea Cheng, Commissioner of the Chicago Department of Water Management. “We purify and pump almost 750 million gallons of water to 42% of Illinois’ population. The good news is that you only have to turn on your tap to get it.”

The brand, created by Chicago creative agency Quality Meats, also includes a series of digital billboards running throughout Chicago. All elements of the campaign were produced locally, from the production of the cans at a local brewery to the film and website design. Quality Meats is a member of the Mayor’s “By Chicago, For Chicago” coalition — which dedicates a percentage of all hours worked towards non-profit, social, cultural organizations, and City agencies. 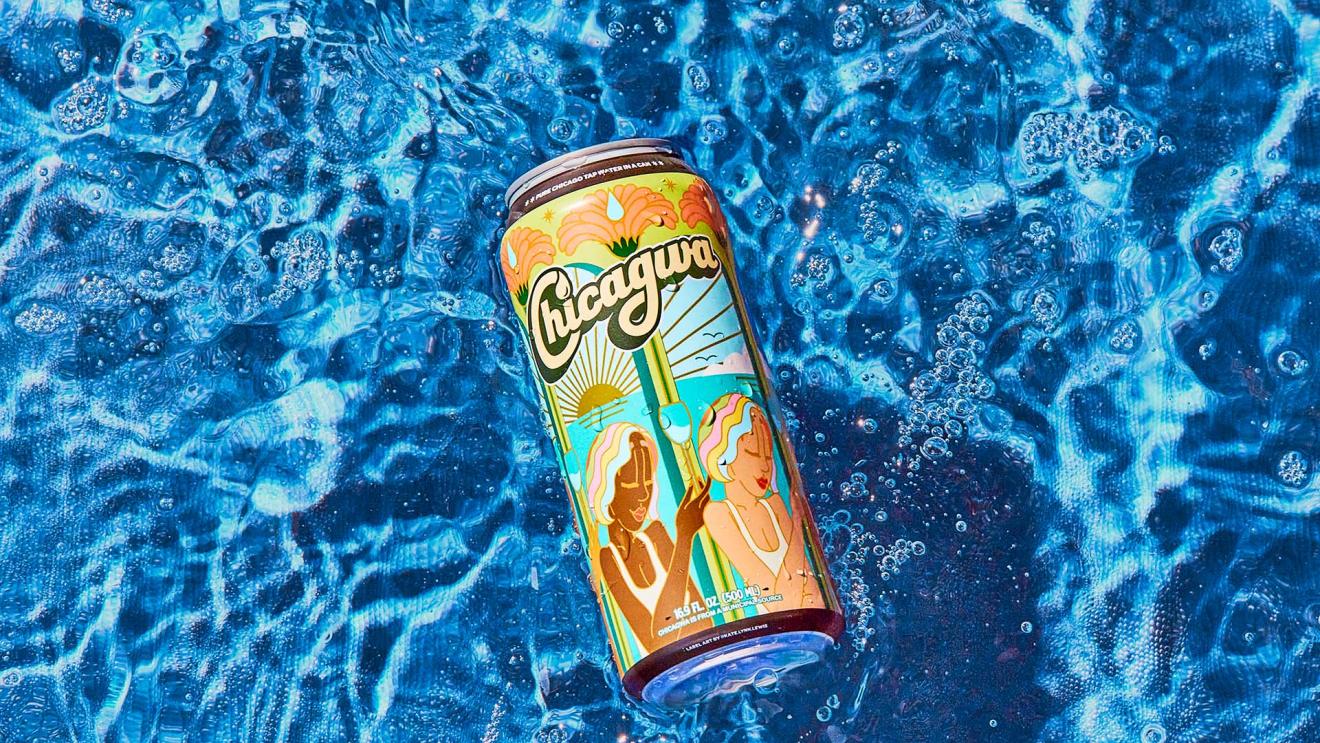 "This initiative celebrates Chicago's extremely important closeness to one of the largest bodies of fresh water in the world," says Michael Fassnacht, Chicago's Chief Marketing Officer and CEO of World Business Chicago. "Instead of doing a traditional advertising campaign, we thought it would be much more engaging to honor our city's unique water story by launching our own water brand."

The city plans to distribute the cans free at various events throughout the city this summer. Chicagowa will also be offered around the city at locations including Real Good Stuff Co., Wiener’s Circle, Manny’s Cafeteria and Delicatessen, and more. It’s all part of Chicago’s broader master brand, “Chicago. City of Stories,” led by City of Chicago’s Chief Marketing Officer and President & CEO of World Business Chicago Michael Fassnacht, which aims to change the brand perception of Chicago, bolster resident pride, and attract new residents, businesses, and tourists. Previous efforts included last year’s Cannes Grand Prix Winner “Boards of Change” and this year’s “Chicago Not In Chicago” and “What We’re Made Of” campaigns. 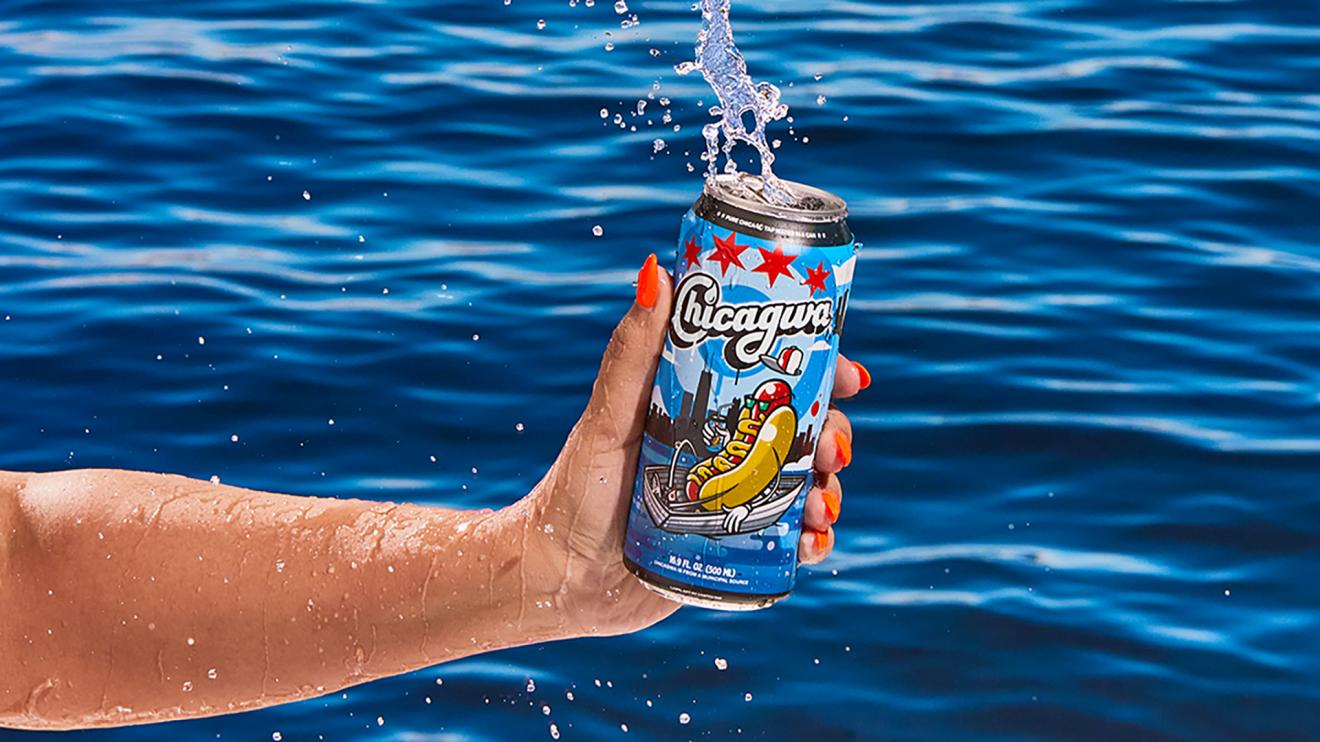 Hot spots for margaritas in the Loop

2 MIN READ - Jimmy Buffet had the right idea, and if you want to get wasted away in Margaritaville this Cinco de Mayo (or any day of the year!),… Learn More

Food Halls You Need to Visit in the Chicago Loop

Chicagoans return to the office refueling the downtown energy

3 MIN READ – You may have heard about the various organizations returning to the office, and the resurgence of office workers being downtown. Much like Chicago Loop Alliance’s Back… Learn More
Can't find what you're looking for?
Get travel inspiration, tips and exclusive offers sent straight to your inbox.