Posted  4 days ago  in  Trending 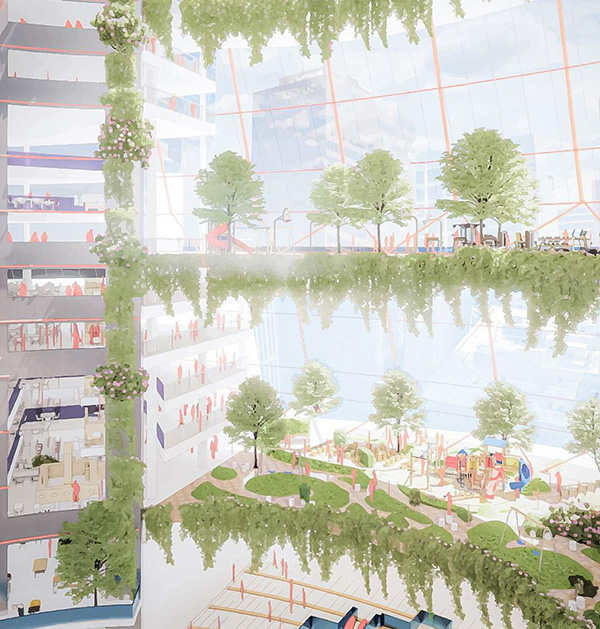 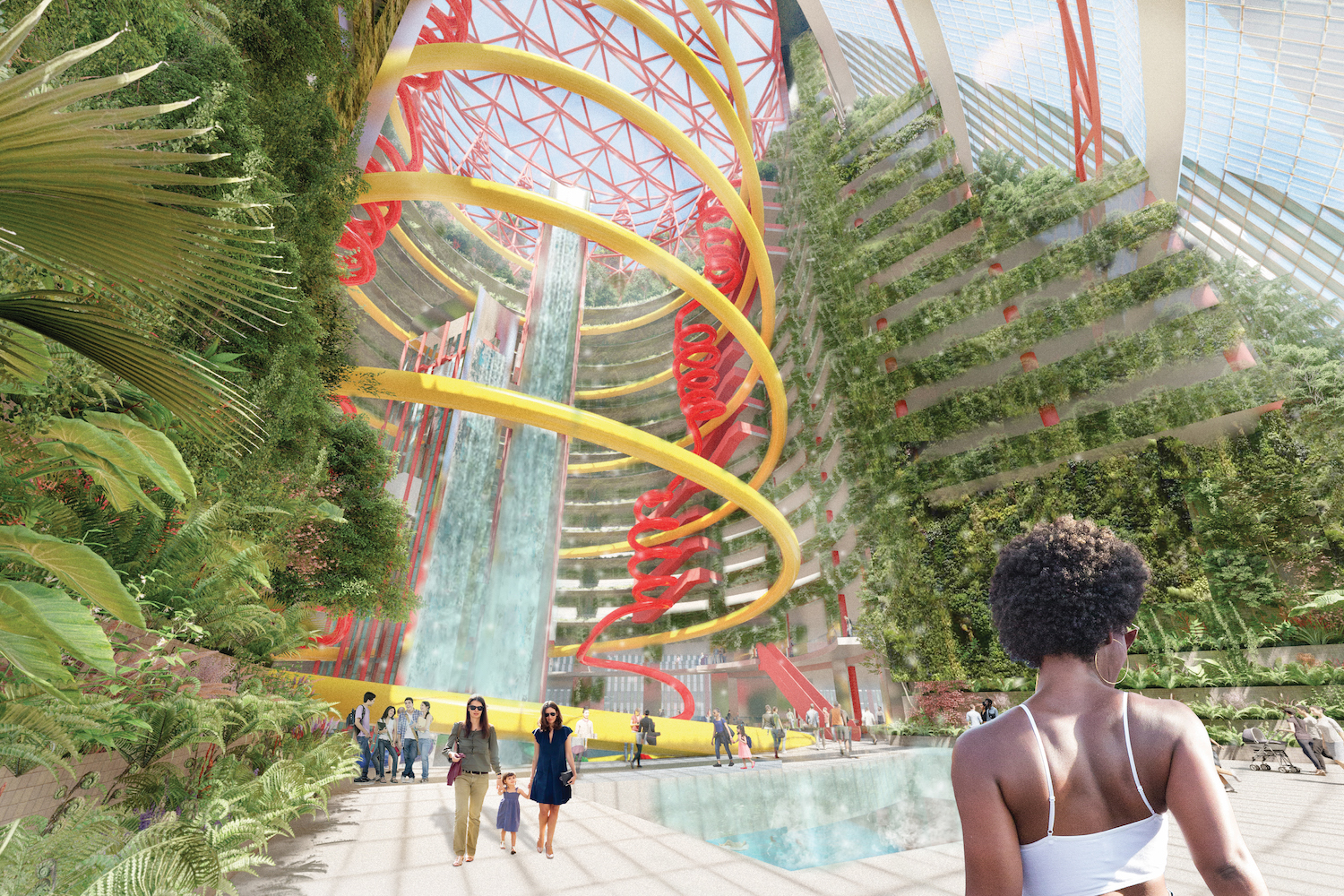 The competition was created to give the Thompson Center new life through restorative architecture while preserving its architecture and public character. The competition was open to anyone with a vision for the building including students, architects, designers, planners, and artists. The jury reviewed dozens of proposals from 59 registrants from five countries representing work by professional designers and established firms as well as young architects and students. The seven finalist designs were announced on August 24. 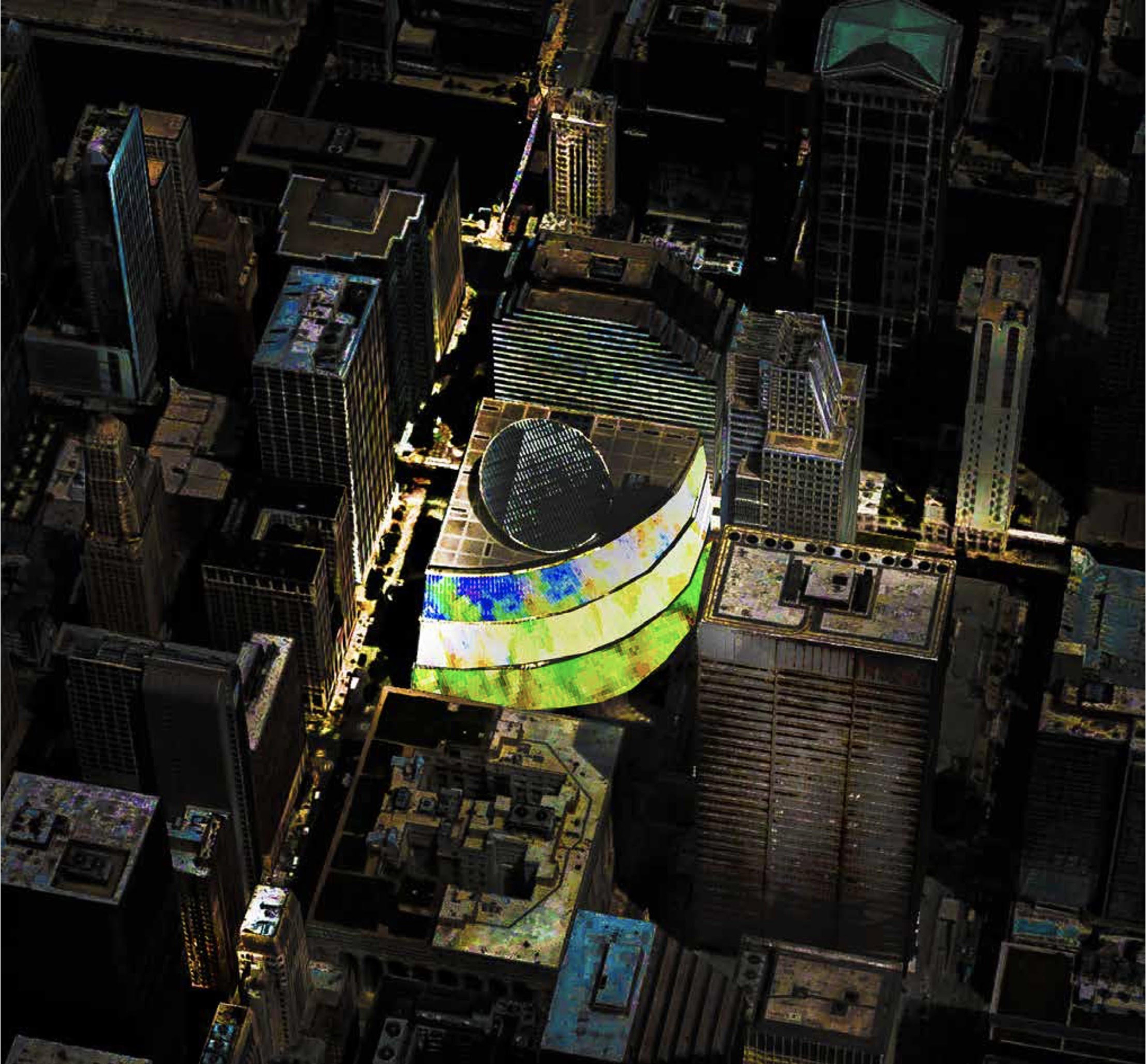 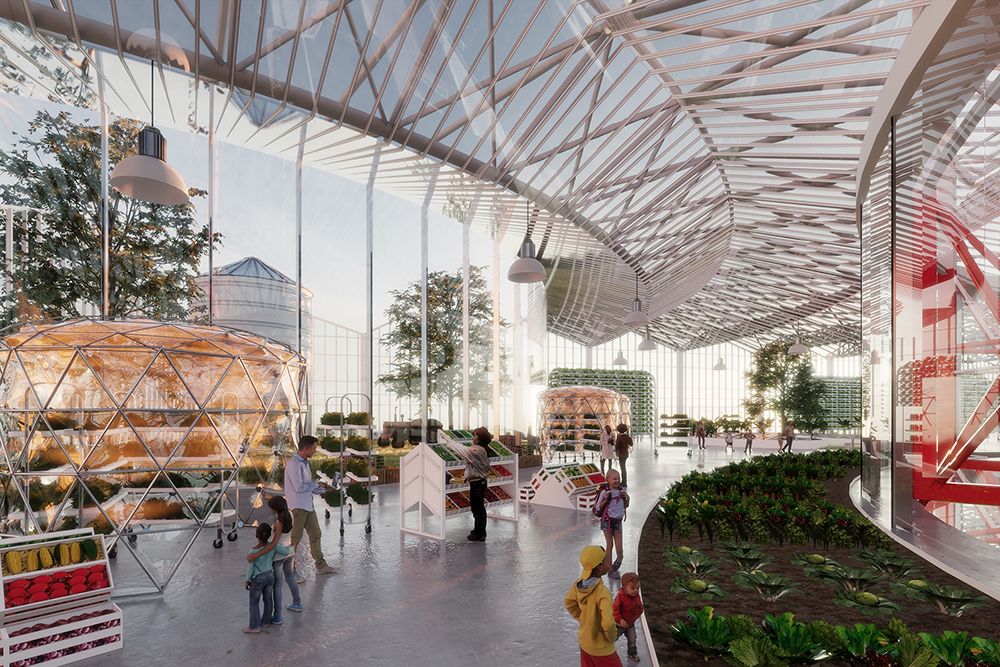 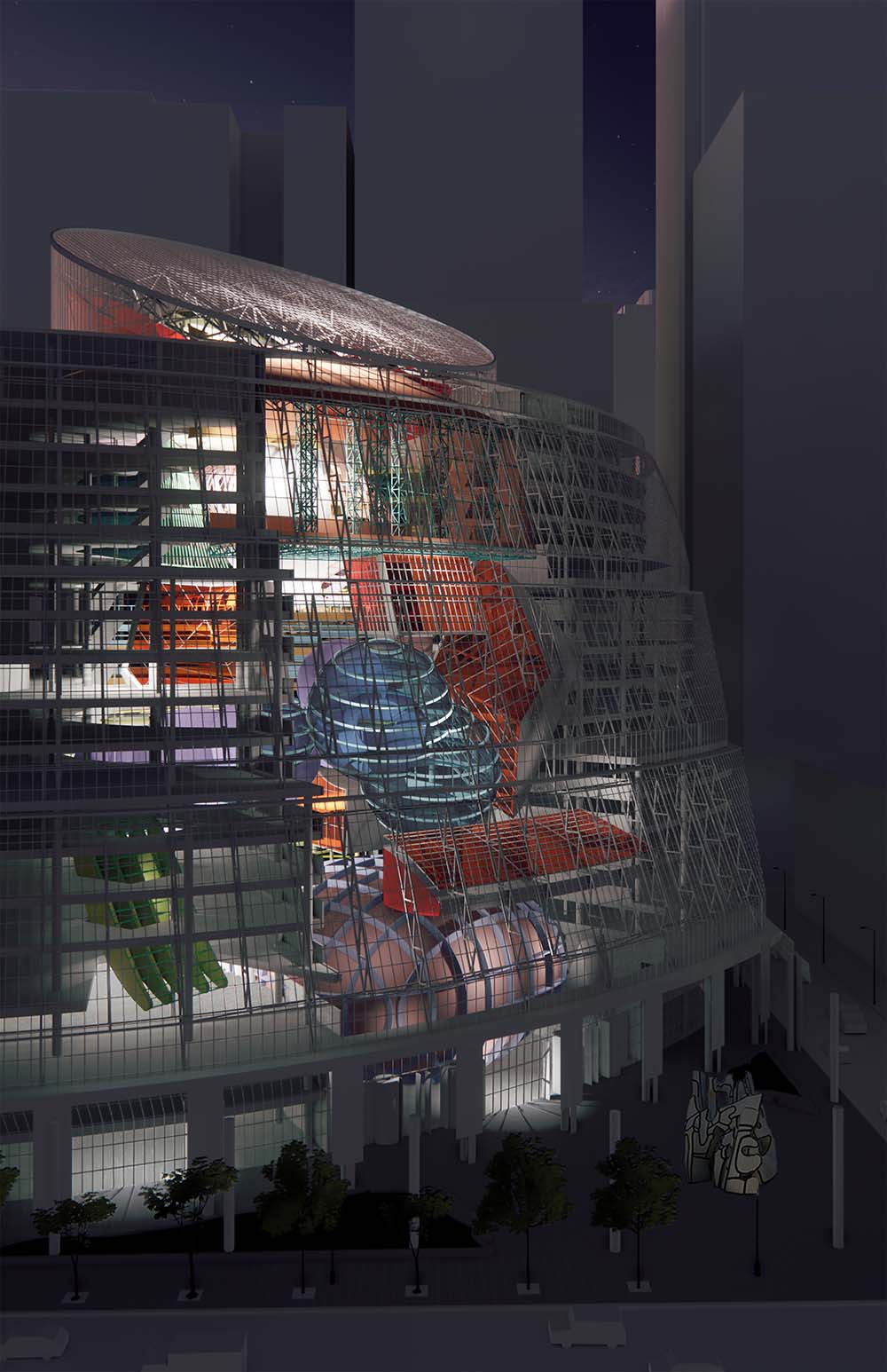 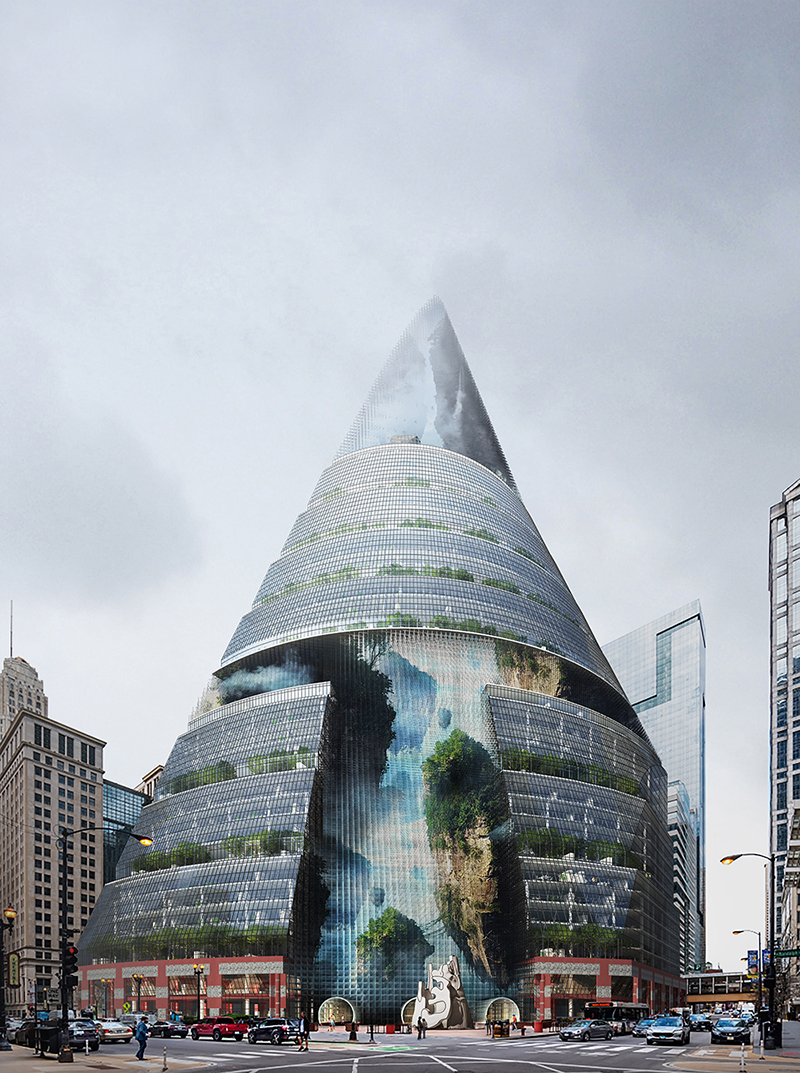 The sale and possible demolition of the Thompson Center has been controversial among Chicagoans and architecture and design professionals around the world. Despite the toll caused by lack of maintenance, Helmut Jahn’s design of the Thompson Center is prized by the design world as a unique example of post-modern architectural design in a civic building meant to draw citizens into the daily workings of government. The State of Illinois issued a request for proposals for the Thompson Center site in August 2019. On August 17, 2021, the State of Illinois delayed the announcement of the winning bid from January to April 2022, reportedly at the request of developers submitting proposals.

The CAC’s pop-up exhibit featuring the winning and finalists’ designs will join the CAC’s current Helmut Jahn retrospective. Both will be open to the public through October. In July, the Chicago Architecture Center (CAC) opened its first, major limited-run exhibit, HELMUT JAHN: LIFE + ARCHITECTURE, the eagerly anticipated career retrospective of Helmut Jahn’s innovative architectural designs. The July 8 announcement of the new exhibit garnered global interest for the pathbreaking architect whose bold building designs can be found in virtually every major metropolis—from his adopted home of Chicago to Bangkok to Berlin to New York to Shanghai to Tokyo—buildings which are all part of Jahn’s enduring legacy. The exhibit, organized after Jahn’s death in May, includes numerous scale models of Jahn’s pathbreaking designs throughout his career and runs through October. 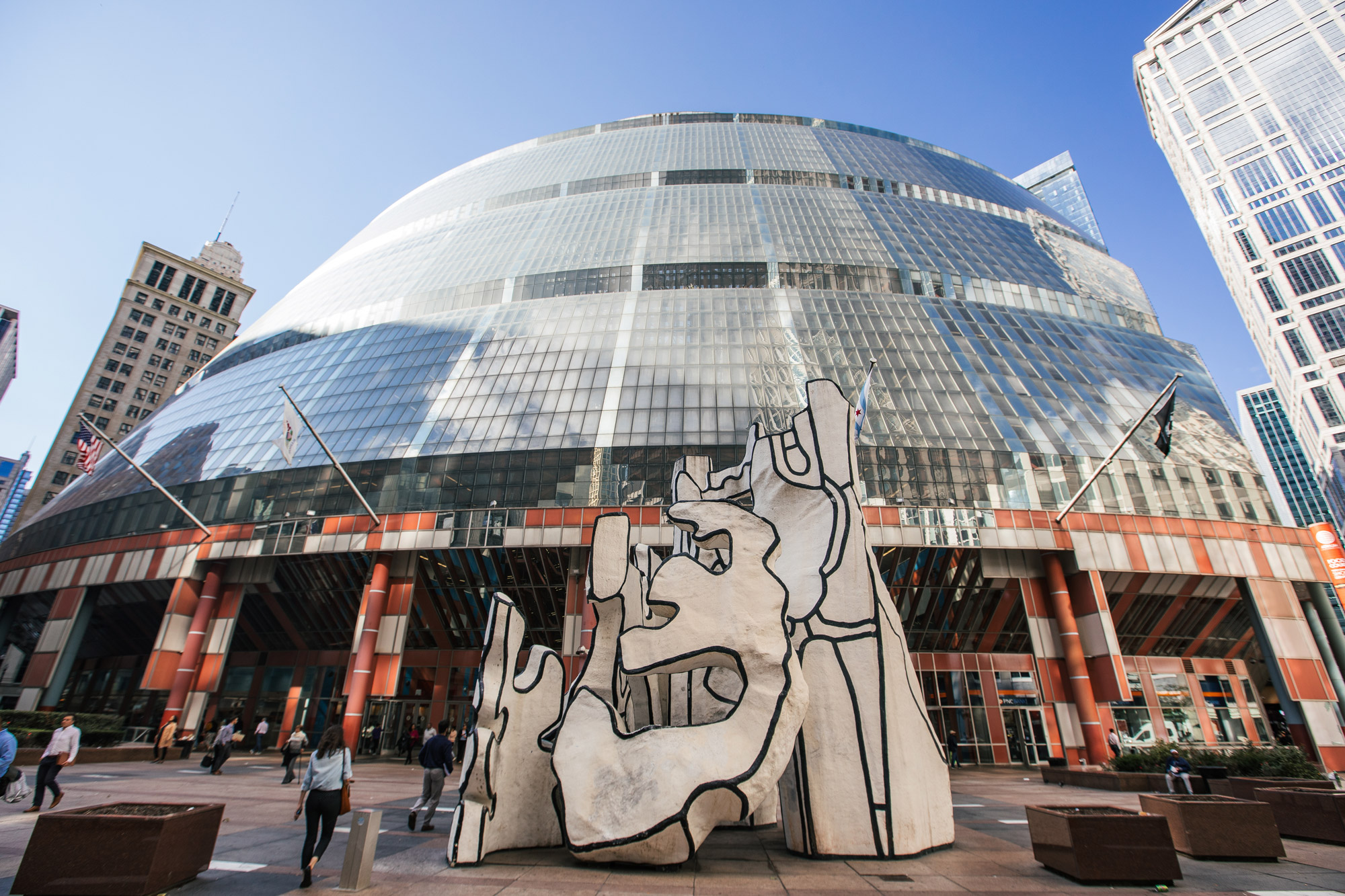 The pop-up exhibit is open through October. The early November public forum on the future of the Thompson Center will feature the architects of the three winning design proposals, a representative of the jury and civic leaders. For more information visit architecture.org.

6 MIN READ – The Chicago Architecture Biennial announced key features of school and family programming for the 2021 edition, The Available City, expanding the reach of the citywide event... Learn More

The curtain rises on Theatre in the Loop

8 MIN READ – From dazzling marquees, to performances in the park, to edgy and intimate stages, the Loop is home to a wide variety of world-class theater. Learn More

The Chicago Loop has something for everyone. Explore the best of the city has to offer in the official downtown of the city. Learn More
Can't find what you're looking for?
Get travel inspiration, tips and exclusive offers sent straight to your inbox.