Posted  14 months ago  in  Trending, Things to Do, Arts and Culture

8 MIN READ – From dazzling marquees, to performances in the park, to edgy and intimate stages, the Loop is home to a wide variety of world-class theater. Whether you’re looking for musicals, plays, dance, classical music, or even acrobatics, you’ll find it right here in the heart of downtown and everyone’s neighborhood—the Loop. Learn what the theatre community’s plans are for the 2021-2022 season below.

A&A Ballet is devoted to training in strong, versatile dance technique, as well as the development of personality, independence, and artistry in young dancers. A&A Ballet's creative vision has been developed through the eyes of artists and reflects the international experience of Anna Reznik and Alexei Kremnev as artists, choreographers, directors, and teachers. They have been studying, performing, educating, choreographing, and directing for more than 35 years, boasting numerous accolades throughout their careers, including the personal and professional successes of countless students. Check back here for more information and announcements about performances. 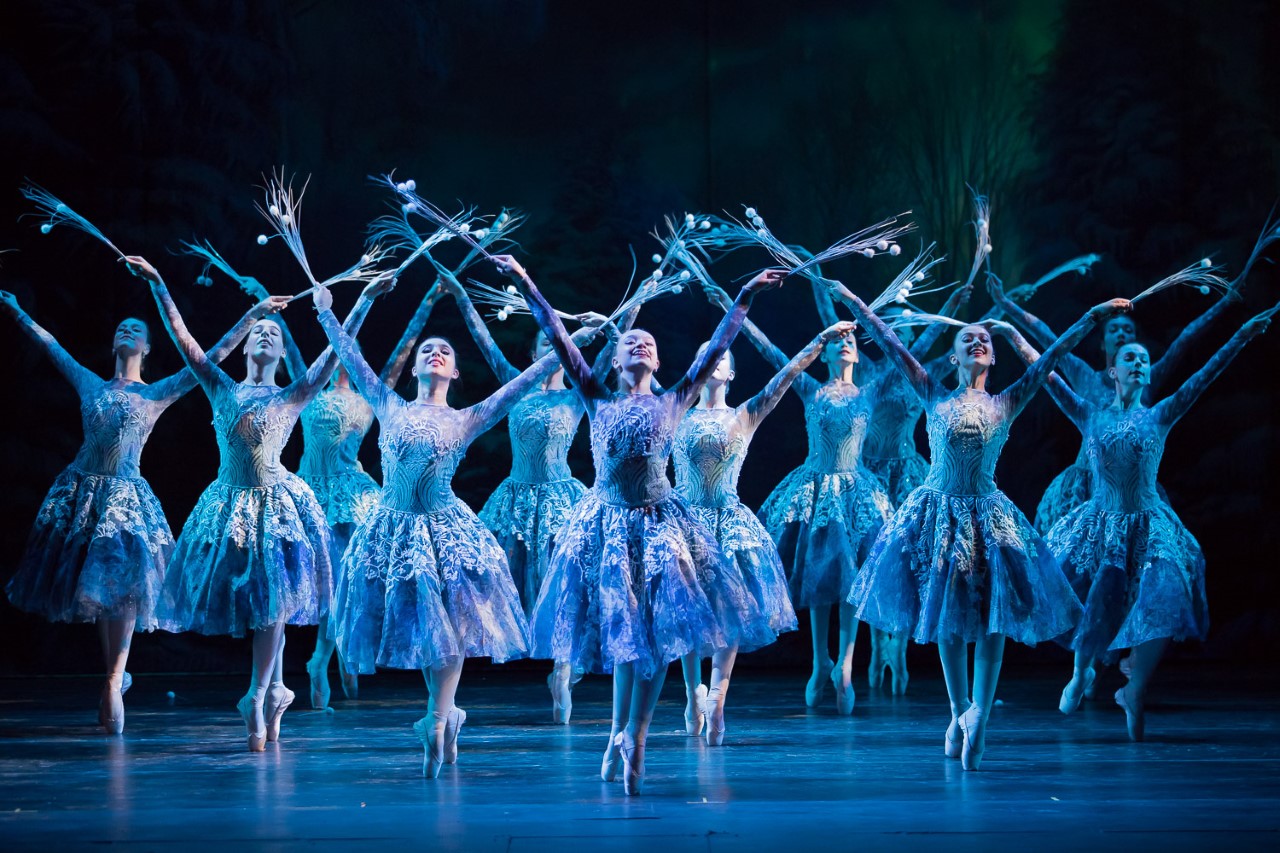 Later in the year, Bert Kreischer: The Berty Boy Relapse Tour hits the stage on November 12. Bert Kreischer is a comedian, podcast host, and author with an offbeat brand of comedy, combining party-boy jokes with hilarious anecdotes about family and fatherhood. Learn more and purchase tickets here. 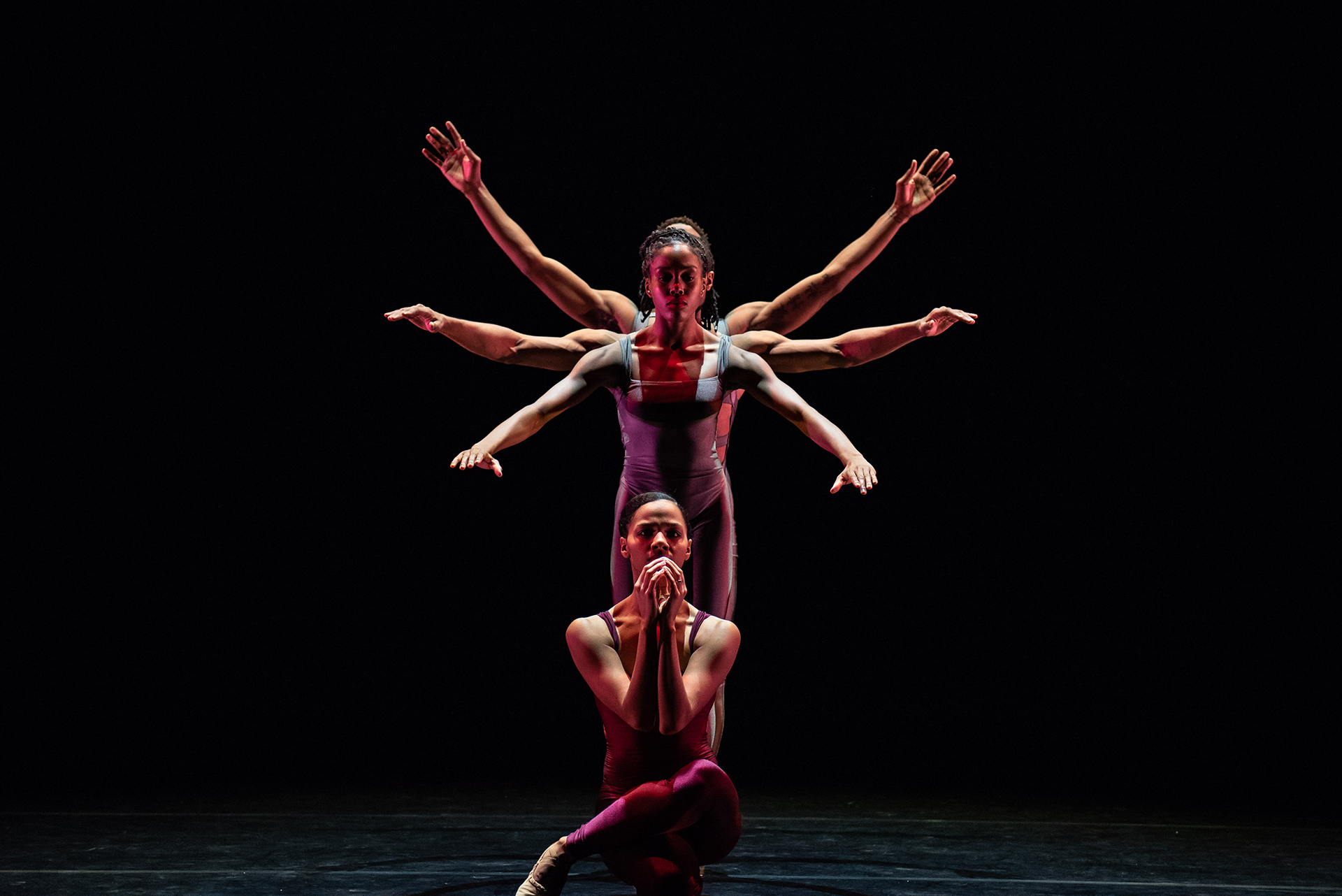 Broadway In Chicago presents musicals and plays on the stages of five of the finest theaters in Chicago's downtown; the Cadillac Palace Theatre, CIBC Theatre, James M. Nederlander Theatre, Auditorium Theatre and Broadway Playhouse at Water Tower Place. This fall season, catch Rent for its 25th anniversary from October 5-10. 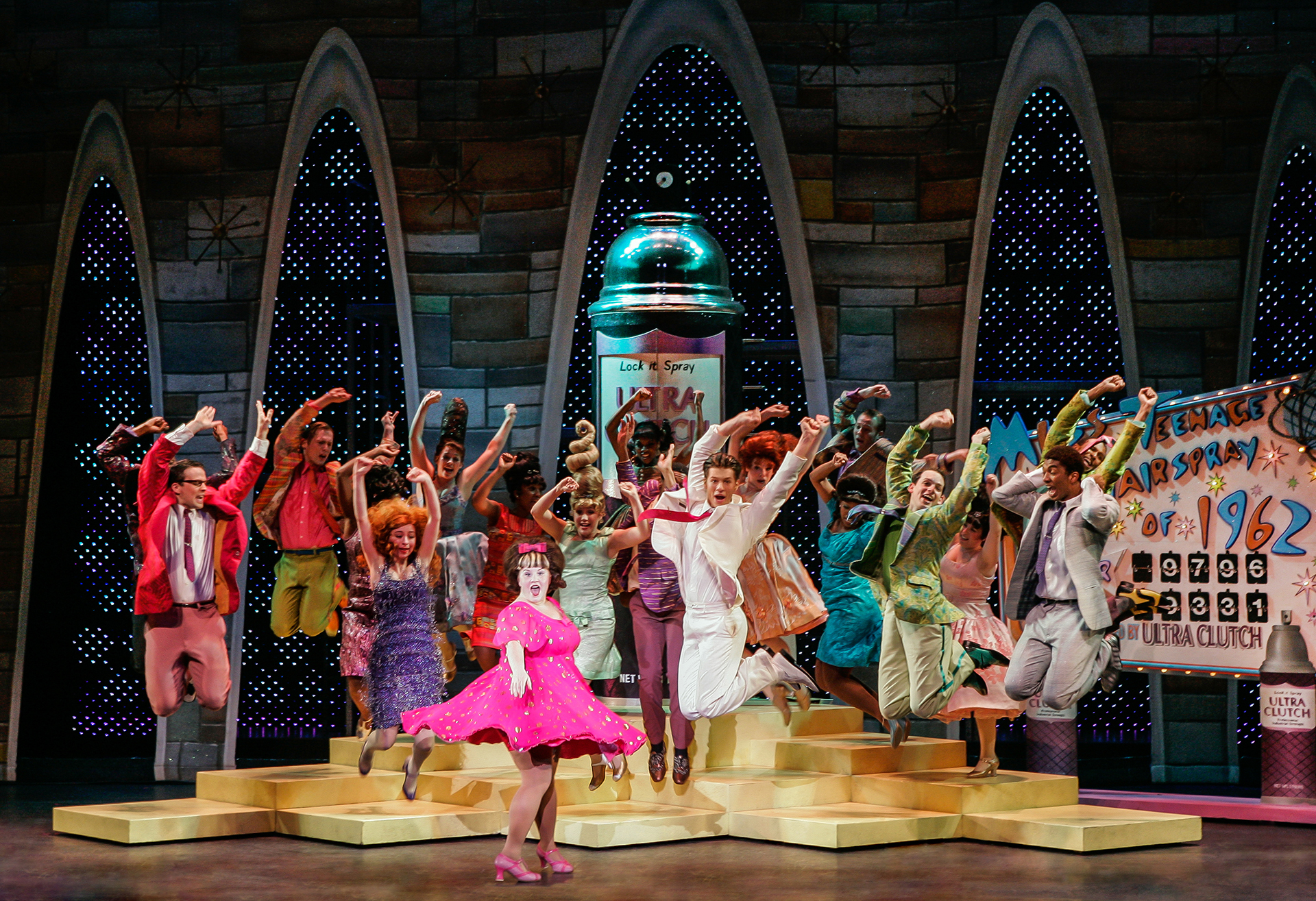 Go out for a musical experience at the Chicago Symphony Orchestra, acclaimed as one of the greatest orchestras in the world. Opening night for the 2021-22 season features Herbie Hancock, an illustrious keyboardist, performing on September 2. More upcoming concerts for the fall season include Lang Lang, “the hottest artist on the classical music planet” according to The New York Times, on October 8. From November 26-28, Home Alone in Concert features John Williams’ hilarious and heartwarming, Academy Award-nominated score for the whole family. The closing concert features Rhapsody in Blue and Boléro, classical music inspired by 20th century jazz.  The mesmerizing Boléro performance brings the program to a spirited close. Learn more and buy tickets here. 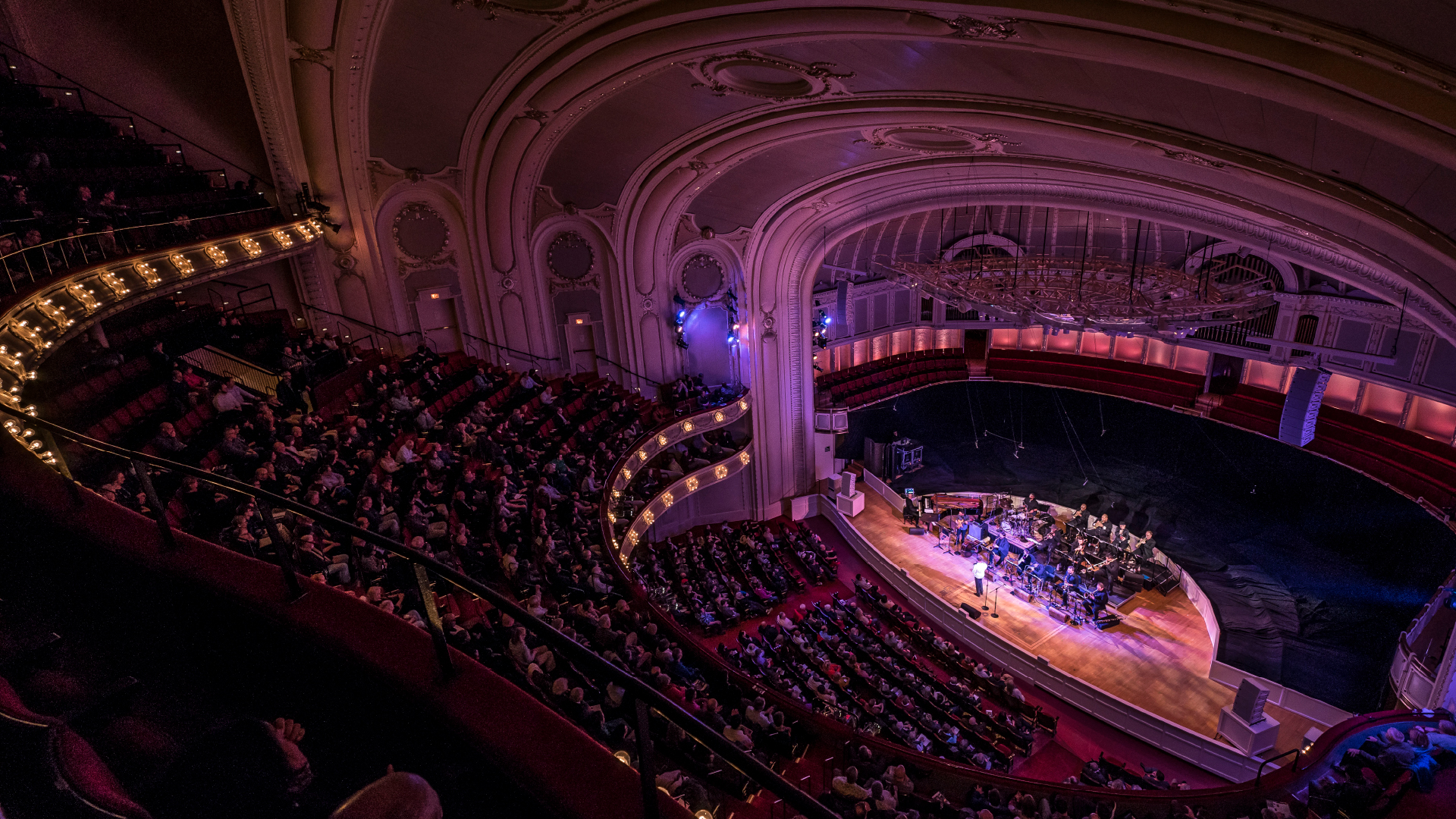 The Chicago Theatre presents stage plays, magic shows, comedy, popular music concerts, and more. This season kicked off with The World’s Greatest Pink Floyd Show on August 14. Kathleen Madigan brings her comedy, Do you Have any Ranch? Tour on October 9. During the holiday season, Twas the Night Before by Cirque du Soleil is on stage from November 26-28. Find more shows and tickets here. 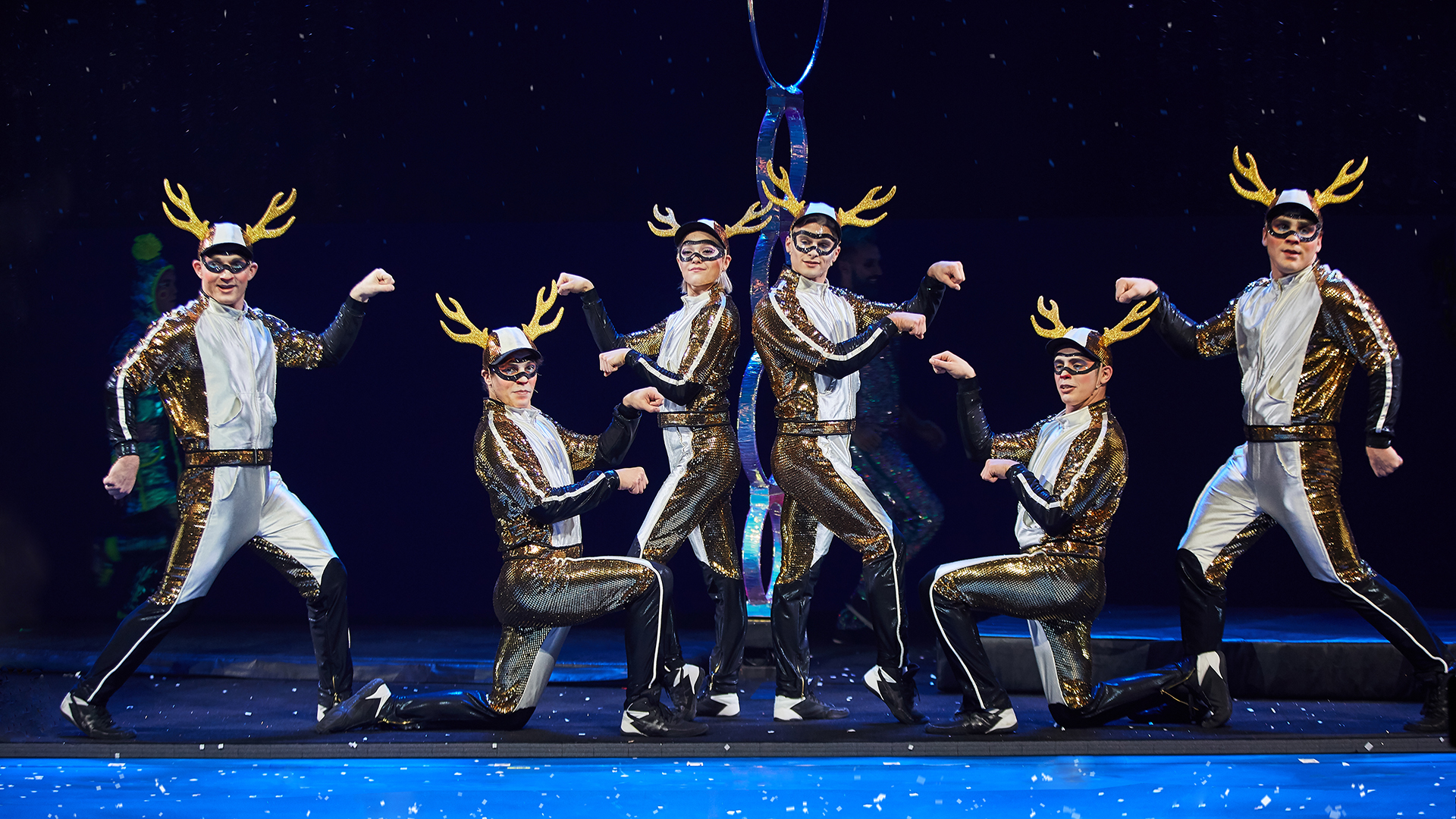 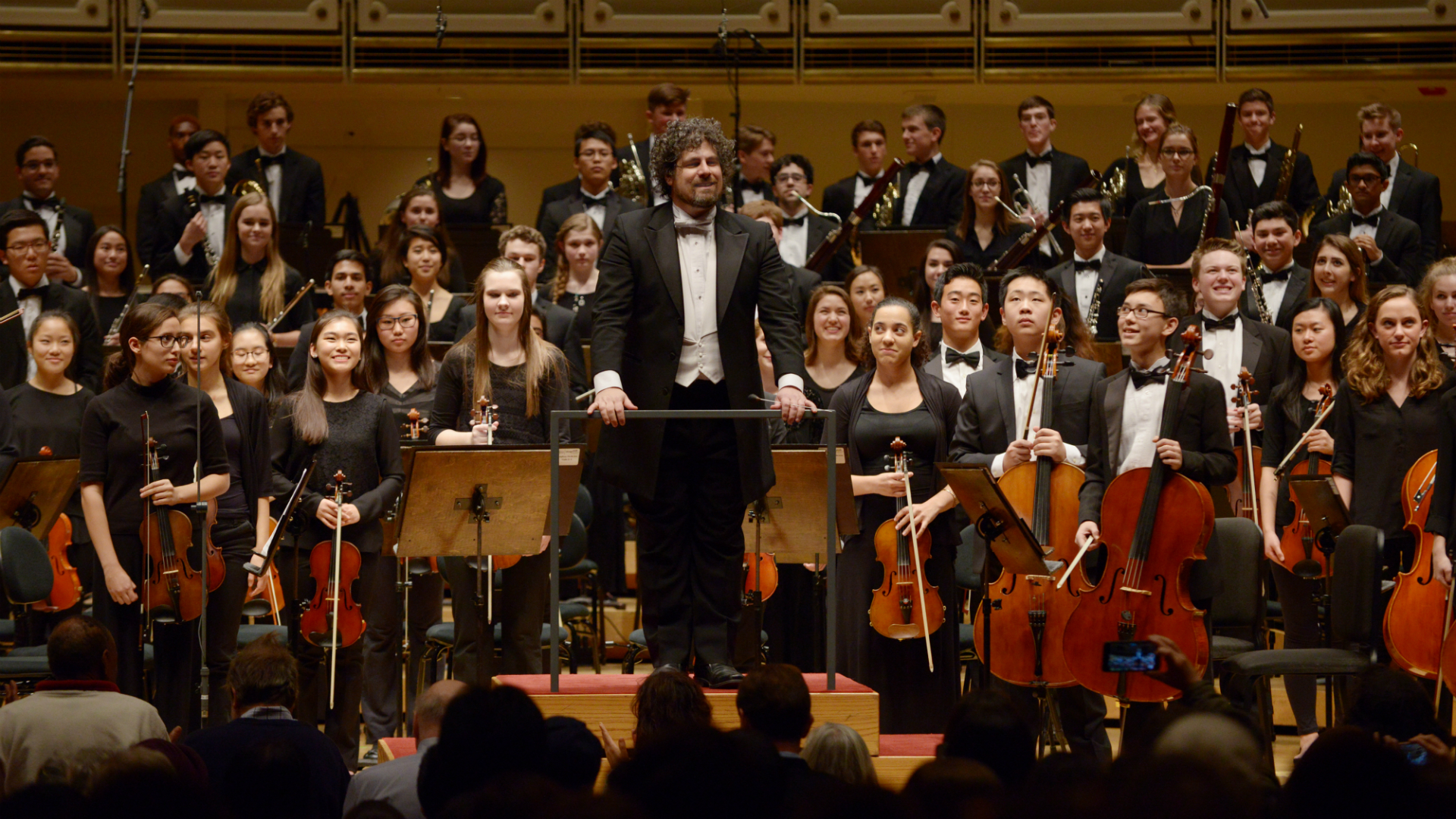 Drunk Shakespeare is a limited run theatre company with a twisted take on William Shakespeare's classics. Slate calls it “the best thing to ever happen to the theater,” and performances take place various nights starting now. Learn more and purchase tickets here. 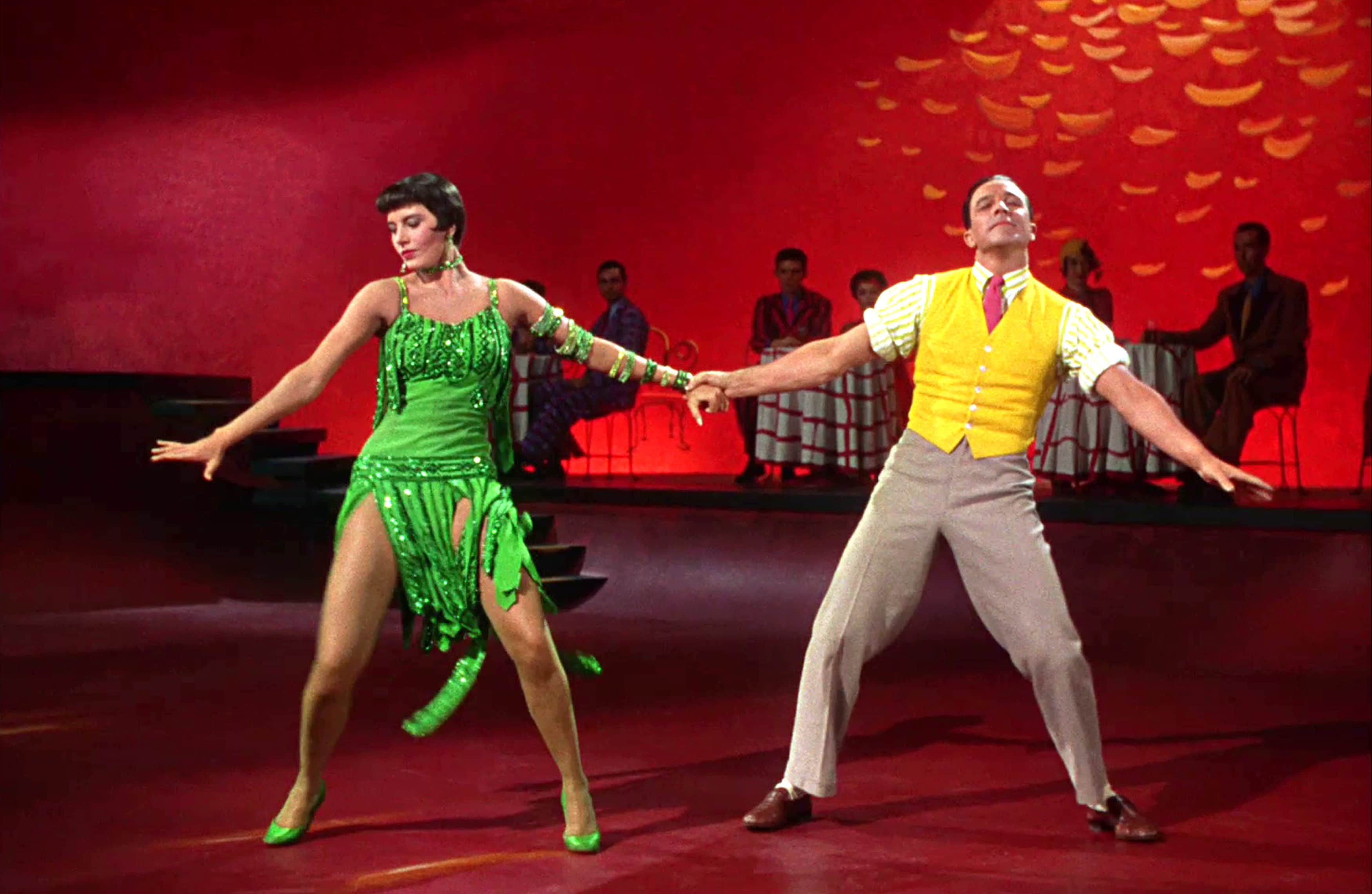 Goodman Theatre is Chicago’s biggest not-for-profit theater. The Goodman has been internationally renowned for its quality of shows, diversity of artistic leadership, and the excellence of its many community and educational programs. The Homecoming Season of 2021-2022 presents the American Mariachi, a performance that “reveals how music and love can make just about anything possible,” from October 18-24. From January 22-February 27, Wilson’s Gem of the Ocean unearths a journey of spiritual awakening when a suspicious traveler pursues a new life. Find more upcoming shows and tickets here. 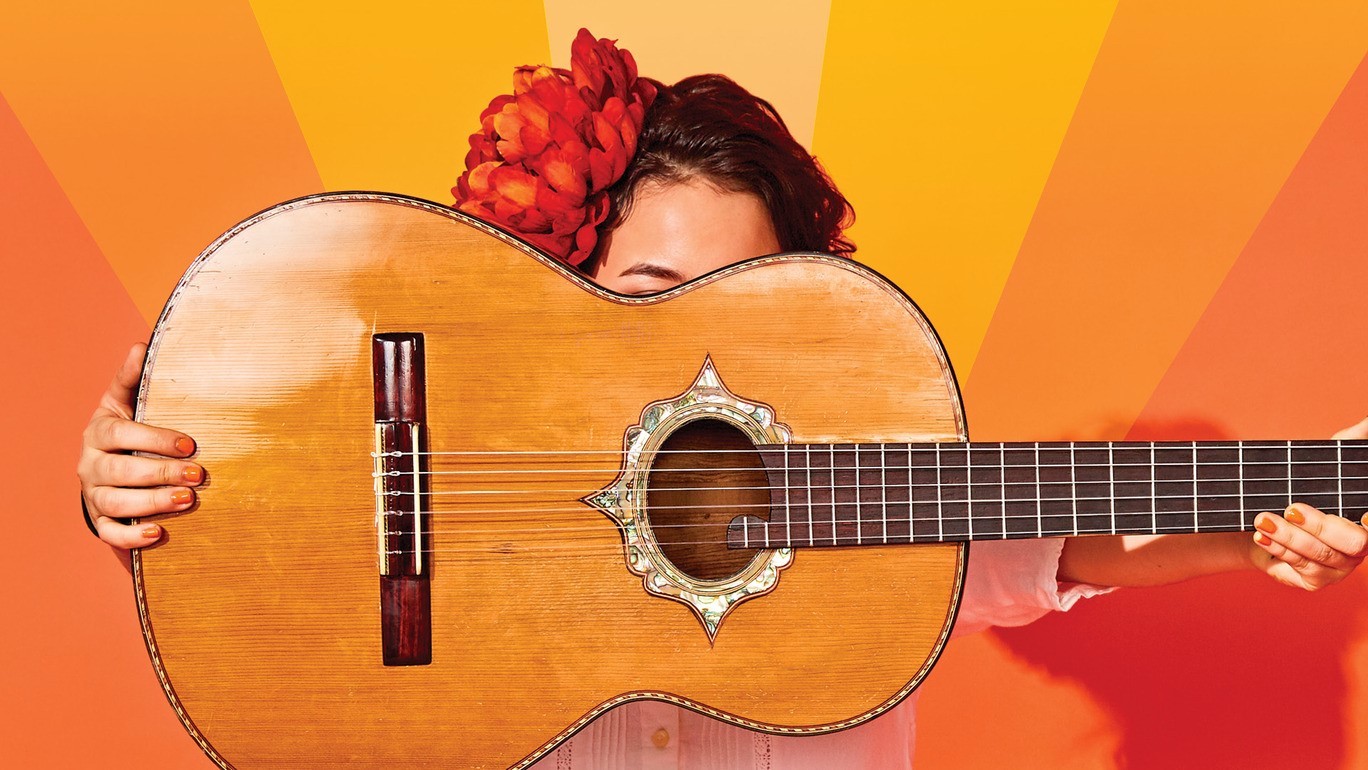 The long-awaited return of the Chicago theatre industry is finally here! Hot Tix locations are reopening, and half-price tickets are back. Tickets are available online and in person. The Hot Tix location at 72 E. Randolph, across from the Chicago Cultural Center, reopened on August 11, and the location at Block 37 at 108 N. State reopens on October 1. Don’t miss out on half-price theatre tickets available online here.

Tickets for The Joffrey Ballet’s 2021-2022 season are on sale now. The season opens at Lyric Opera of Chicago, beginning with the exultant mixed repertoire, Home: a Celebration from October 13–24. This performance includes original choreography by Chanel DaSilva, Joffrey Rehearsal Director Nicolas Blanc, Joffrey Artist Yoshihisa Arai, and a beloved ballet classic choreographed by Joffrey co-founder Gerald Arpino. From December 4–26 is the return of Christopher Wheeldon’s magical and enchanting production of The Nutcracker. The next production is Yuri Possokhov’s family-oriented and humorous version of Don Quixote from February 16-27. The season will close with the astonishing world premiere of John Steinbeck’s Of Mice and Men by choreographer Cathy Marston (featuring an original composition by Academy Award-nominated composer Thomas Newman), and the premiere of Serenade by dance pioneer George Balanchine from April 27–May 8. Purchase tickets here. 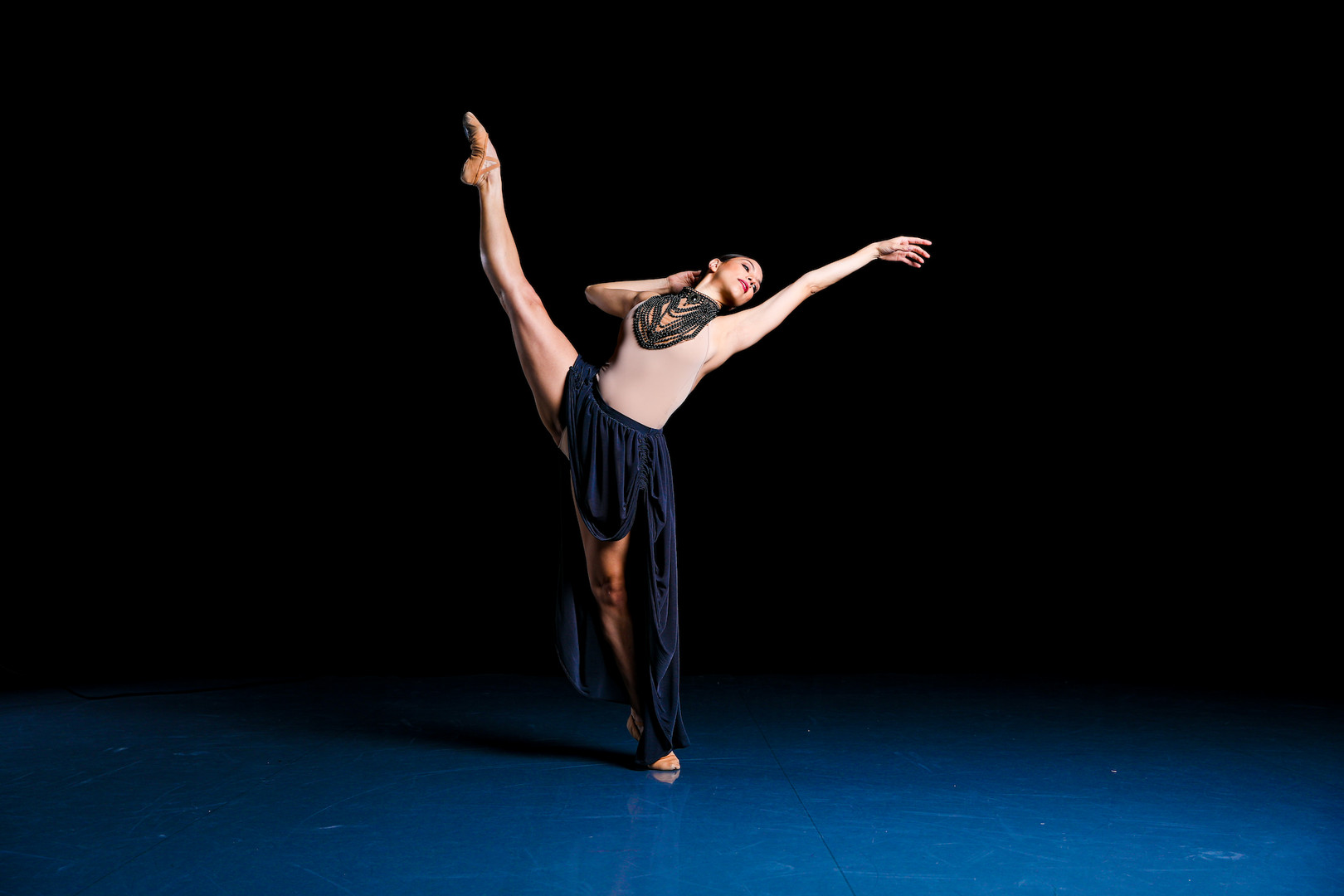 Lyric Opera of Chicago has always been well-known for performances including world-class international singers, conductors, directors, and designers in classic and contemporary repertoire. The season begins with Shakespeare’s greatest tragedy, Verdi’s Macbeth, from September 17-October 9. Mozart’s The Magic Flute combines human and supernatural with romance and comedy, showing from November 3-27. Another performance, Blanchard and Lemmon’s Fire Shut Up in My Bones, a moving story of traumatic youth in an American Jazz context, takes place from March 24-April 8. Find more operas and buy tickets here. 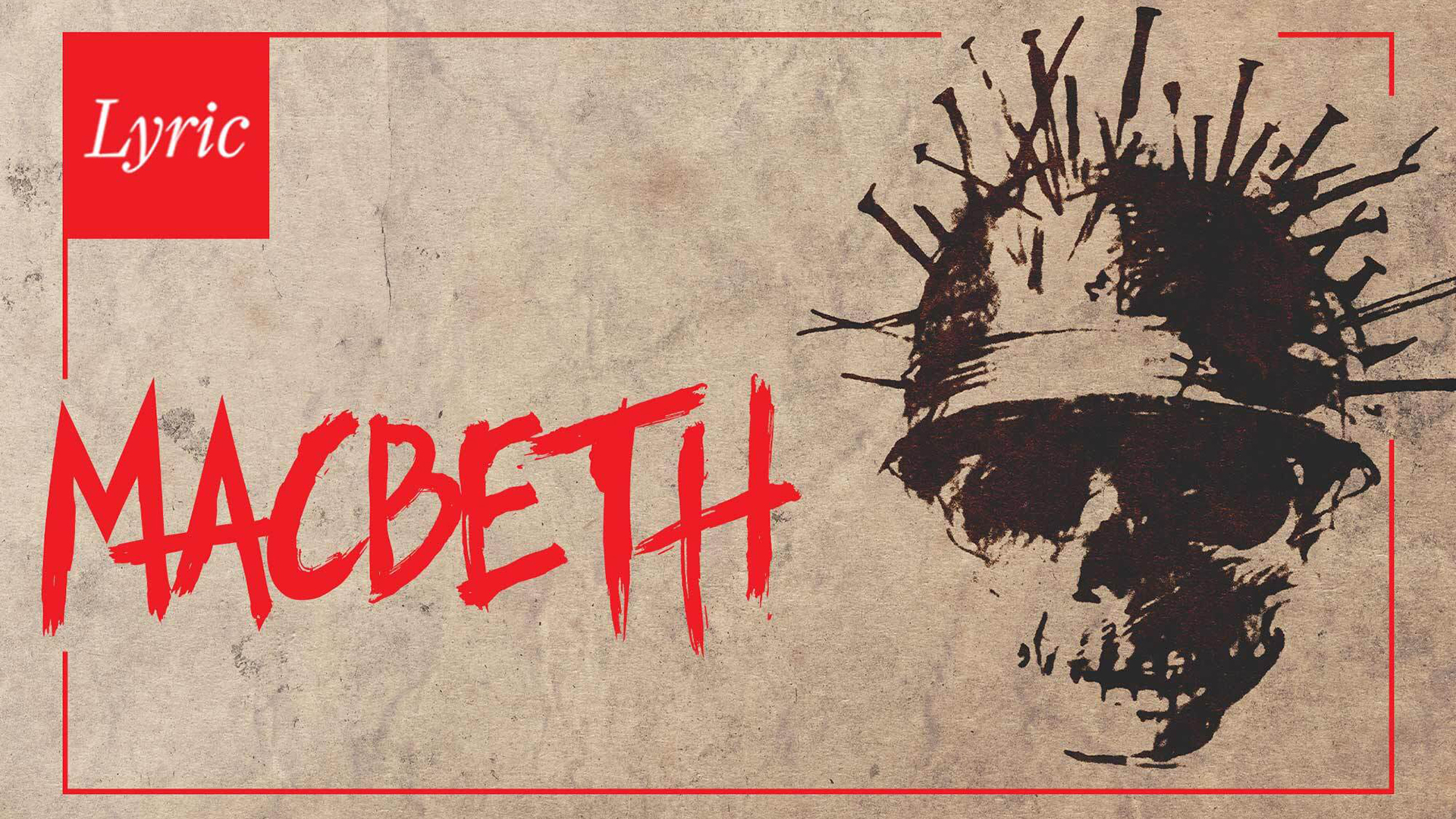 Porchlight Music Theatre is known for its bold, edgy, and intimate music theatre, offering audiences the drama, song, and dance “up close” with Chicago and Broadway’s brightest music theatre talent. Porchlight Music Theatre returns live and in-person to the stage this fall. From a memorable visit to a homespun diner and its neighboring gas station to a moving tribute of the Blues and concluding with a rocking musical from a story more than 100 years old, the Mainstage offers audiences unforgettable experiences that celebrate this unique American art form in the award-winning style that Porchlight has become known for –– you don’t want to miss it. Learn more and purchase tickets here. 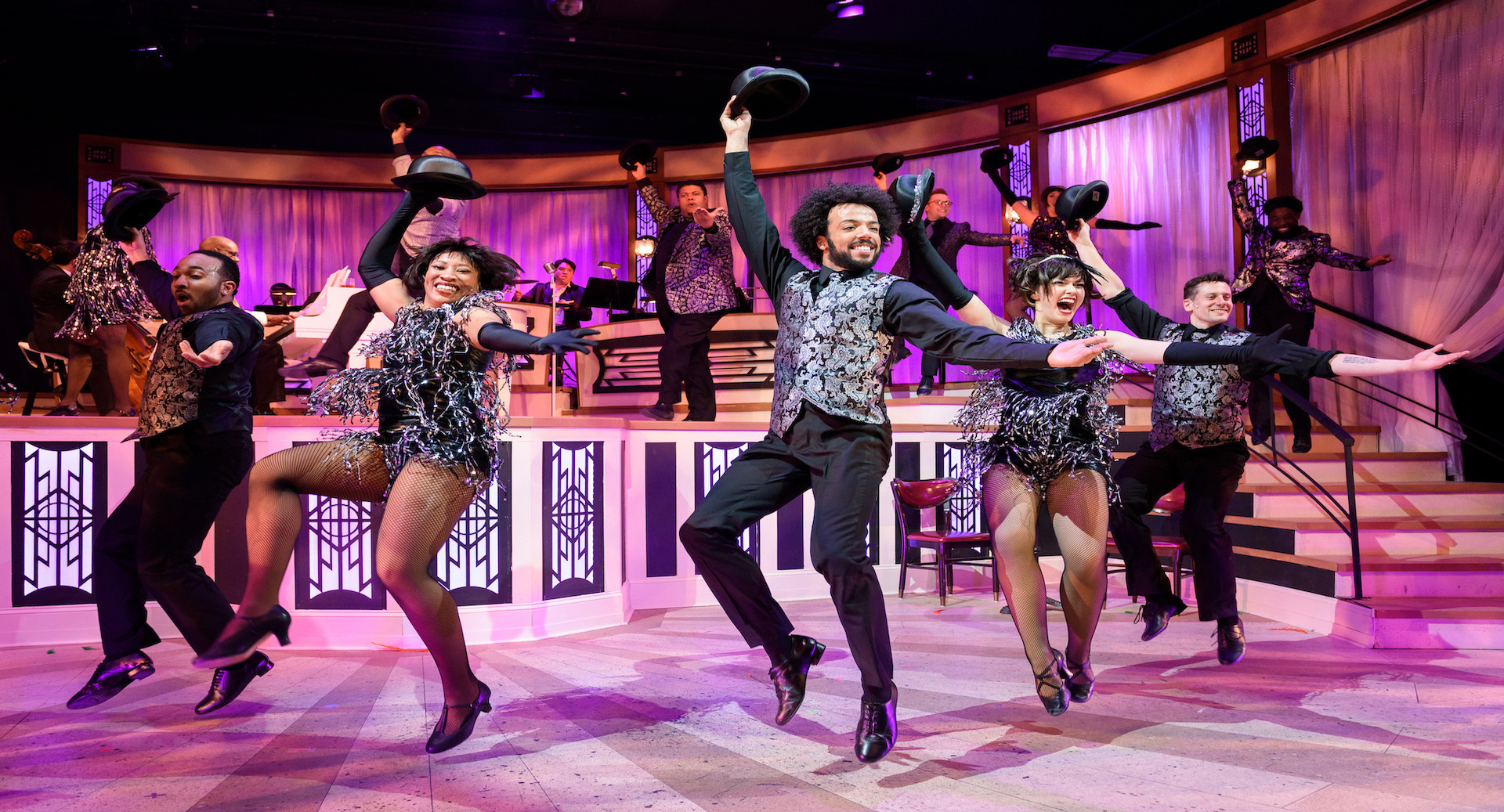 See Chicago Dance is a non-profit service organization whose mission is to build and engage dance audiences in Chicago and advocate for Chicago dance. For dance auditions, performances, classes, workshops and more throughout Chicagoland, visit here. 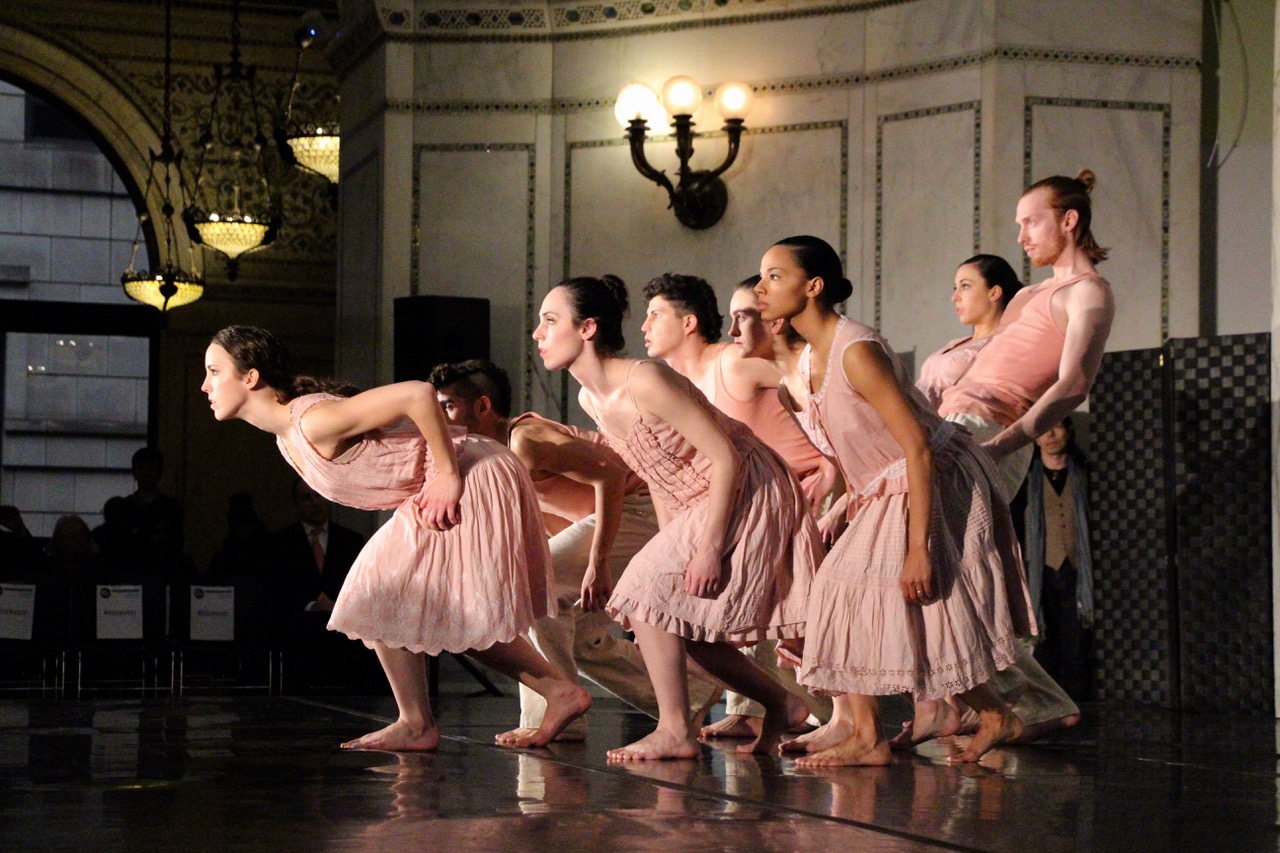 Silk Road Rising is the only facility in the country solely dedicated to presenting Asian American and Middle Eastern American stories. Founded in 2002, Silk Road Rising is an award-winning, professional, Equity theater company. In using live theater and online videos that represent communities that intersect and overlap, Silk Road Rising advances a polycultural worldview. The theater has played an instrumental role for a number of Silk Road playwrights and artists first break out onto the Chicago theater scene and has won multiple awards for its work. This season, attend a Zoom event called The COVID Monologues, featuring stories from the West Ridge neighborhood of Chicago that bring to light the harm caused by the epidemics of COVID-19, systemic racism, and structural inequality. Learn more and purchase tickets here. 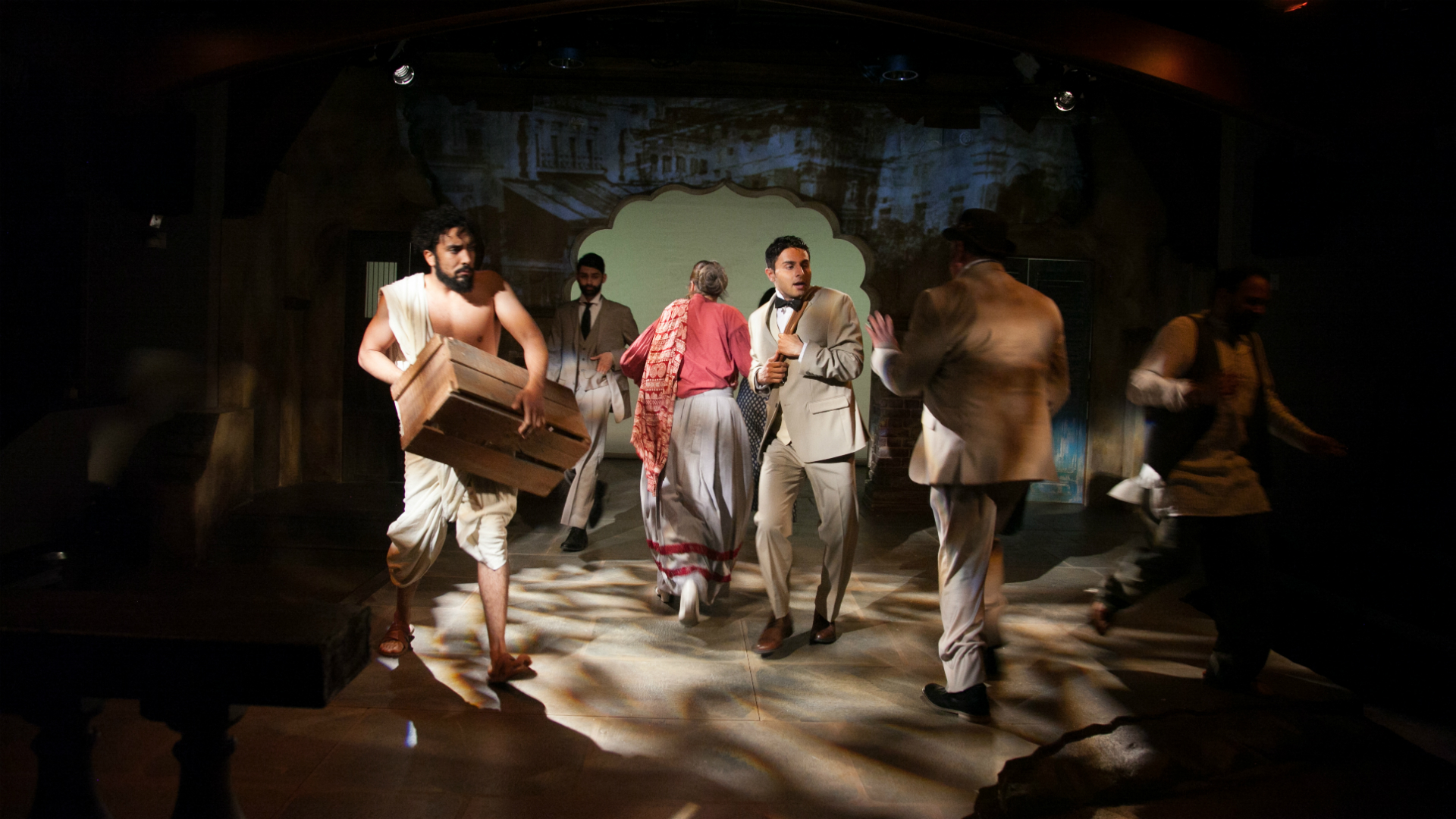 A brand new Teatro ZinZanni show opened on July 8. Leave your troubles at the door and wander through the exquisite lobby for a drink, find a tiara or fedora, and take a photo or talk with friends. You will be seated at your reserved table inside the magical Spiegeltent ZaZou. Who will sing? Who will fly? Who will dance? Are you ready to laugh? Learn more and purchase tickets here. 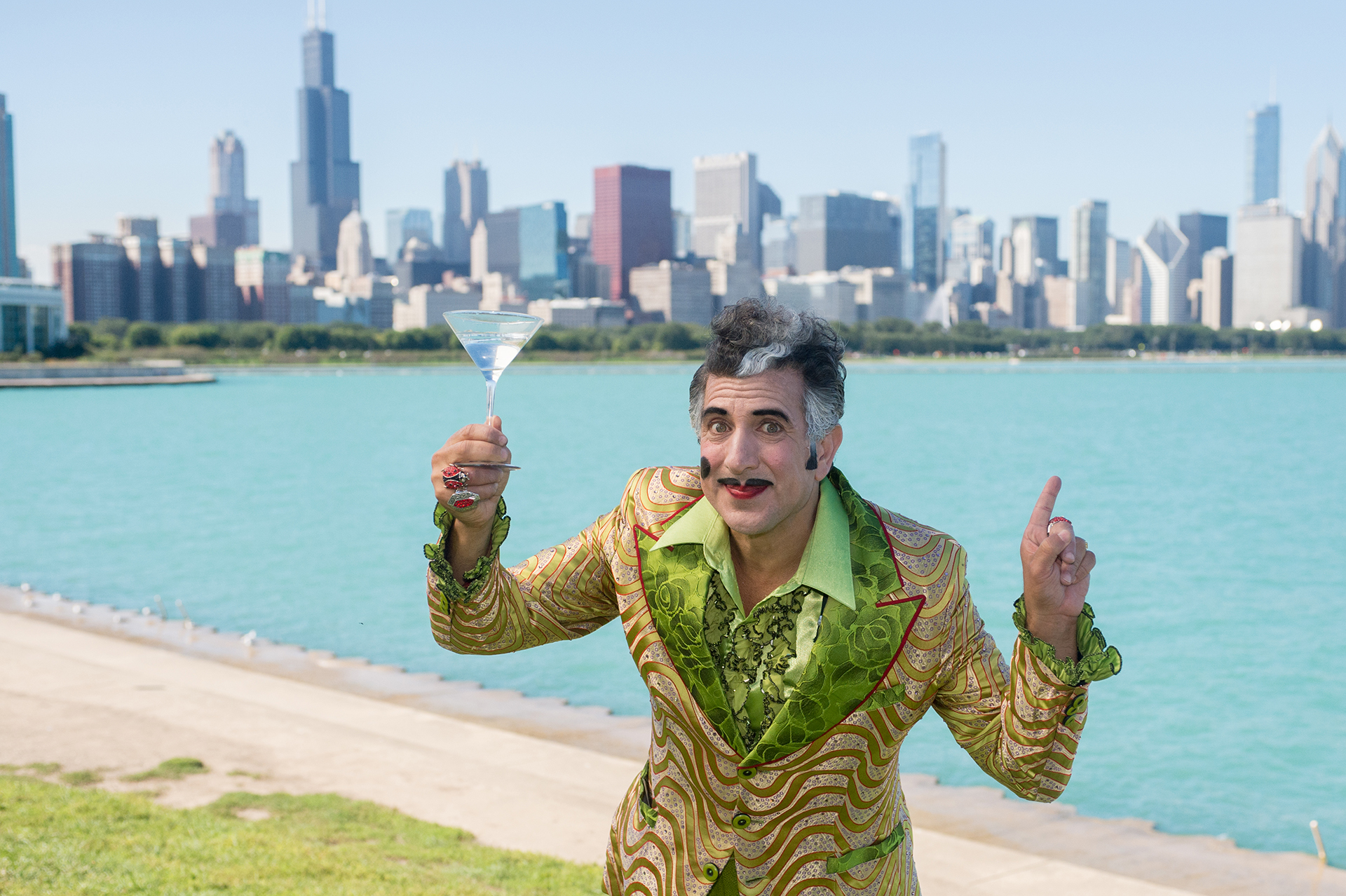 Windy City Playhouse is a blossoming non-profit theater that produces exceptional contemporary, relevant, and approachable art. A Recipe for Disaster tells of the comical misfortune of a restaurant—the  Contumacious Pig. Amidst the chaos, they try to keep their reputation from going under. This show takes place from October 6-December 26. Learn more and purchase tickets here

Explore Theatre in the Loop

This season, your Theatre in the Loop possibilities are endless. Find something for every performing arts lover here. 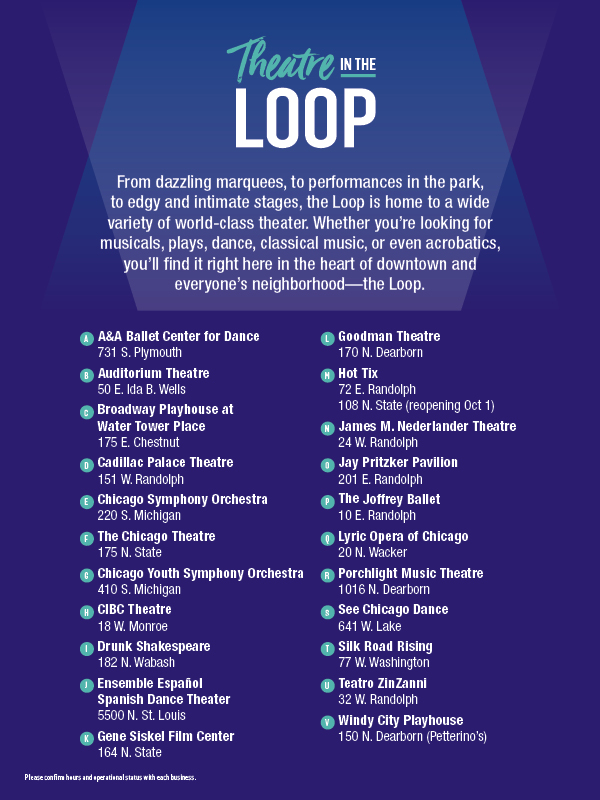 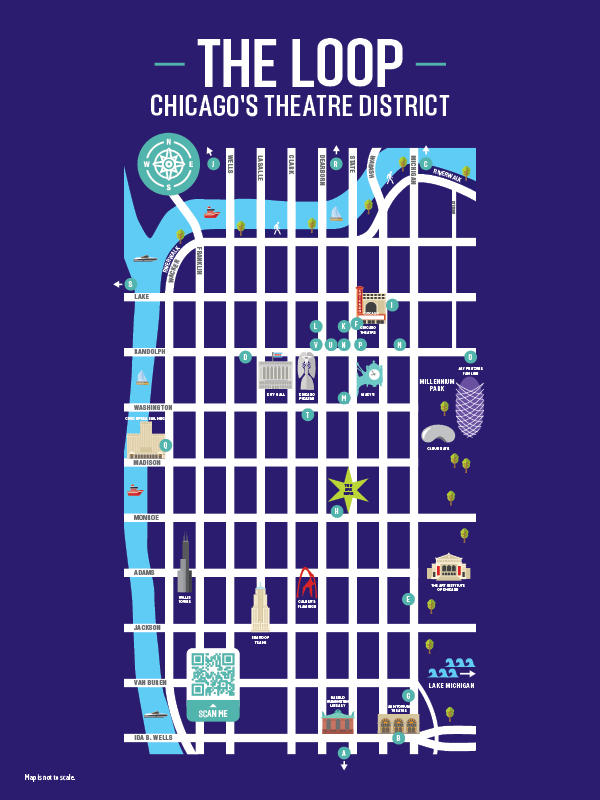 Explore theatres and performance venues in the Loop. Learn More

Top 3 Hotels in the Loop for Summer Stays

5 MIN READ – There’s nothing like the Chicago Loop in the summertime. Millennium Park, world-class museums, shopping, dining, events like Sundays on State that bring the community together... Learn More

4 MIN READ – Whether you’re looking for a skyline view, a swanky venue, modern or traditional buildings for your special day, the Chicago Loop has it all. Learn More