4 MIN READ - Chicago has weathered many difficult moments in its history and, each time, it has emerged stronger. With the city under a stay-at-home order for the foreseeable future to limit the transmission of COVID-19, the Chicago Architecture Center looks back on key moments in history that encapsulate the city’s resilient spirit.

The night of October 8, 1871, a fire spread across Chicago. While the cause of the blaze remains unknown, it originated at 558 West DeKoven Street—an address that today is home to a Chicago Fire Department training facility. An estimated 300 people died and 100,000 were left homeless by the three-day inferno that erased 2,100 acres of buildings. The center of Chicago and the heart of its business district were wiped out and yet, just 20 years later, the city’s population had grown from 300,000 to 1 million people. As author and Chicago historian Neal Samors told CAC and WBEZ’s “Curious City,” had the fire not occurred, “Chicago would probably have been a much smaller metropolis and not the second-largest city in the United States.”

Nearly a century and a half later, there’s no doubt that the Great Chicago Fire is a key chapter in the city’s folklore, a story that reminds us of our ability to rebuild. It’s also memorialized as the second of four stars on the city’s flag so, the next time you see one fluttering on the side of a building or the deck of a boat, take a moment to remember the story of a windy day in 1871 that changed Chicago forever. 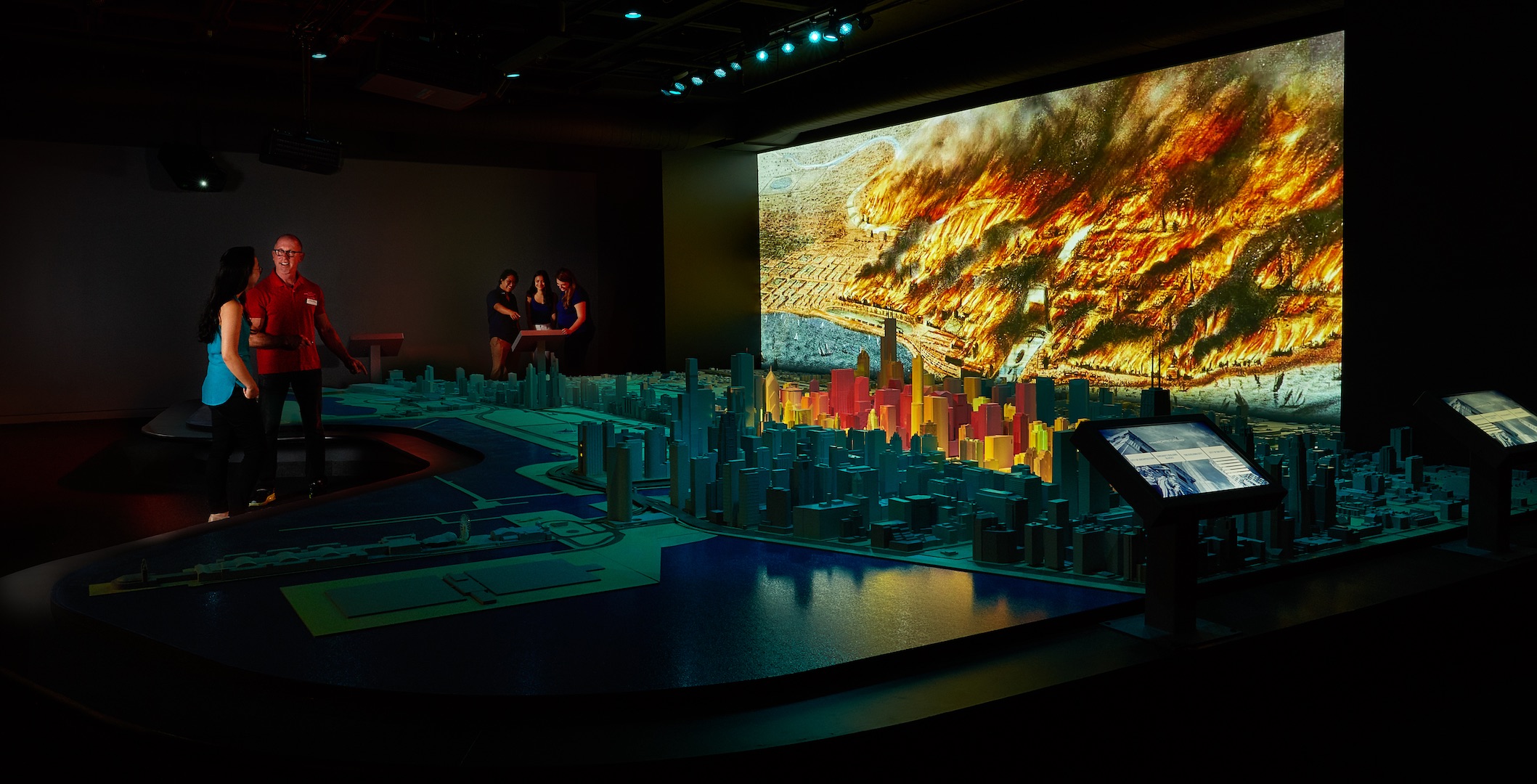 Another symbol of Chicago’s resilience, not long after the fire, was the World’s Columbian Exposition of 1893, the first world’s fair held here just 20 years after flames engulfed the city. Filling some 600 acres of landscape architect Frederick Law Olmsted’s Jackson Park, the exposition was a major milestone. Congress awarded Chicago the opportunity to host the fair over other candidate sites including New York City, St. Louis and Washington, D.C. It drew bigger crowds than any prior fair held in the U.S., with more than 150,000 people visiting the fairgrounds each day during its six-month run.

The fair built awareness among visitors that Chicago was taking its place as America’s “second city” after New York. Locals were proud of the enormous progress and growth achieved in just two decades following the Great Chicago Fire; the Exposition, too, is represented by a star on the Chicago flag.

While Chicago enjoyed booming growth in the years following the fire, the Great Depression of 1929−39 put a halt to seemingly relentless expansion of the city’s manufacturing and wholesale operations. (Architectural progress was also brought to a standstill.) But even during these difficult times, Chicago hosted another world’s fair and, rather than turning to the past, A Century of Progress International Exposition looked to the future.

Despite its name, the 1933−34 fair was less a retelling of Chicago’s first 100 years and more a showcase for modern living, consumerism and entertainment. All of this was driven by the need to stimulate spending during the Great Depression. Nearly two dozen corporate pavilions at the exposition pushed the latest gizmos and gadgets for homes and cars—a big increase from just nine corporate pavilions at the 1893 fair. 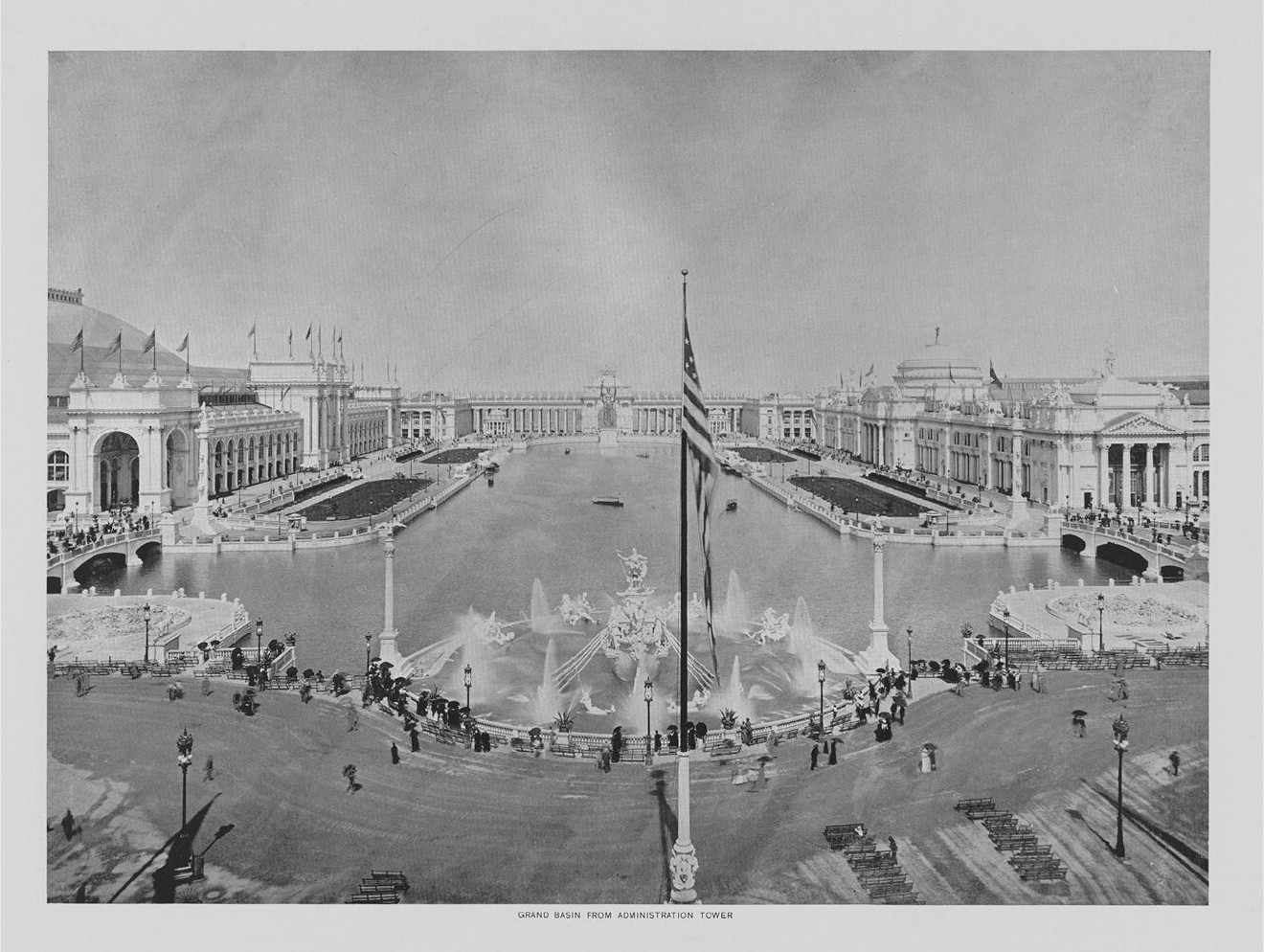 The Grand Basin as seen from the Administration Tower at the World’s Columbian Exposition of 1893. Courtesy Chicago History Museum (Chicago Historical Society)

A Century of Progress made a lasting architectural impact. It invited millions of visitors to newly reshaped lakefront land, near today’s Museum Campus, and introduced them to “miraculous” inventions. It also foretold the rising influence the automobile would have on city planning in Chicago and across the country. The fair hinted at future changes in urbanism—particularly in how buildings relate to one another and how houses address the street.

Perhaps most importantly, the 1933−34 fair gave people hope for the future during the Great Depression. Now, more than 80 years later, the fair’s original site is a beautiful lakefront park and Art Deco is an iconic architectural style.

We must remember and tap into our strength as Chicagoans as we face the challenges brought by the coronavirus. We will get through these trying times together, just as we have in the past, with hopes we can again emerge stronger than we were before. 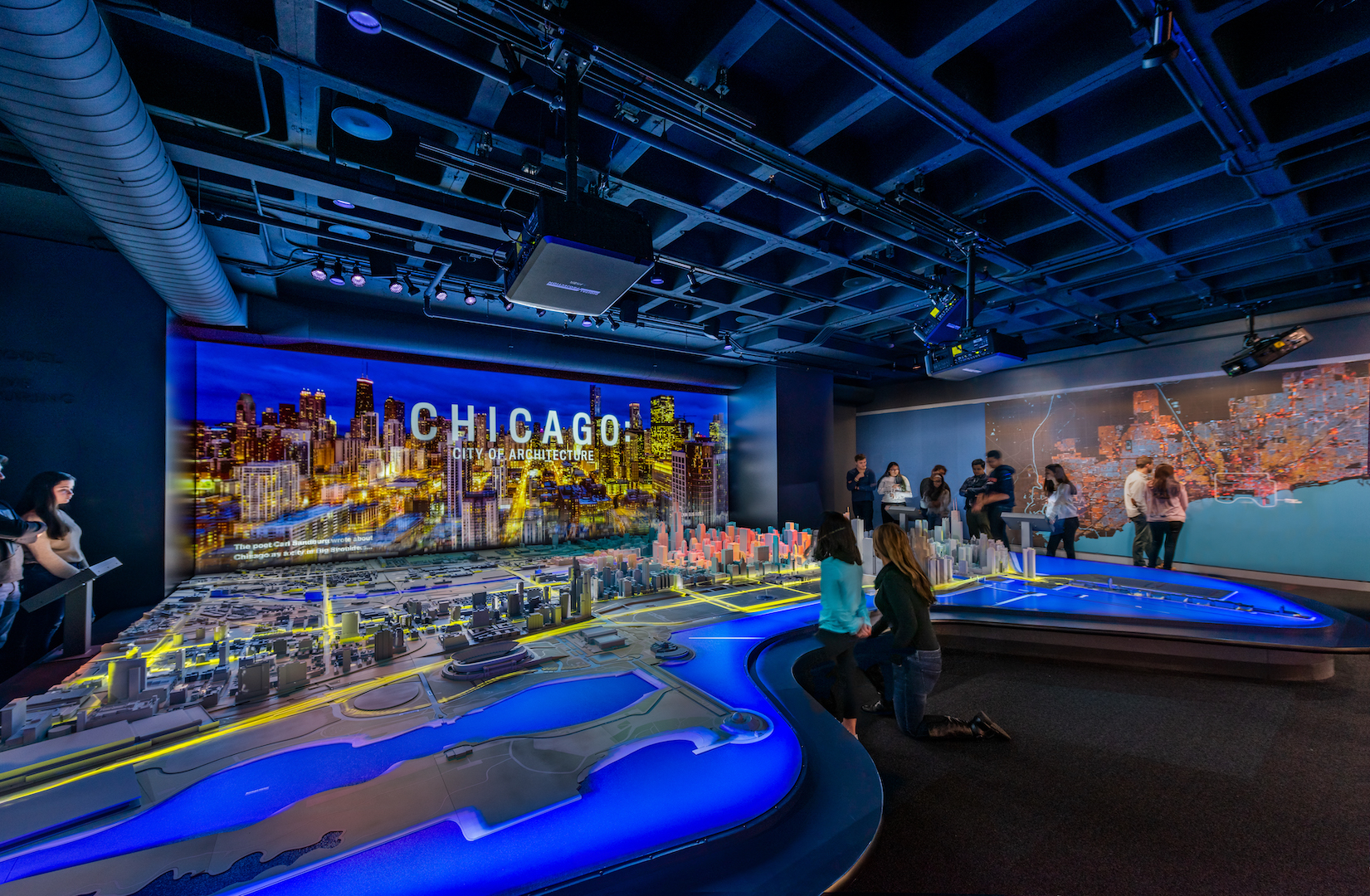 The Chicago City Model Experience, updated regularly and featuring more than 4,250 miniature buildings, is the centerpiece of the Chicago Gallery at the Chicago Architecture Center. Photo by James Steinkamp.

While the Chicago Architecture Center is temporarily closed to best support efforts to limit the transmission of COVID-19, the CAC has launched CAC@Home: a mini magazine bringing new and archival video, reading material, fun for the family and more to subscribers’ inboxes. As part of CAC@Home, the Center has also launched CAC Live—remotely accessible events led by staff and docents, available free of charge to CAC members.

Being a “non-essential business” makes us feel a little small

11 MIN READ – While Chicagoans stay at home to slow the spread of COVID-19, it is becoming increasingly clear that while physical distancing is necessary, social connection is more... Learn More
Can't find what you're looking for?
Get travel inspiration, tips and exclusive offers sent straight to your inbox.