Posted  2 years ago  in  Trending, Arts and Culture, Things to Do, Landmarks

4 MIN READ - Art on theMART, the largest permanent art projection in the world, returns April 1 to illuminate the river-façade of the historic landmark theMART (formerly Merchandise Mart). The program is expanding to project every night from April 1 through December 31, 2020, with content that will rotate seasonally, beginning April 1 with Art on theMART’s spring 2020 program.

The program features collaborations with longstanding Chicago institutions including the Art Institute of Chicago, whose projection transforms iconic masterpieces by Claude Monet in conjunction with the museum’s exhibition Monet and Chicago; Arts of Life, whose 20th anniversary celebration projection takes inspiration from works created by artists affected by developmental disabilities; and The Adler Planetarium, which celebrates its 90th anniversary and the 2020 Year of Chicago Music with a sweeping, four-part visual exploration of the universe, accompanied by music by Sun Ra from the Experimental Sound Studio archives. Arts of Life and the Art Institute of Chicago projections will launch April 1, and the Adler Planetarium projection will launch May 16 in alignment with the City of Chicago’s Chicago Riverwalk opening celebration.

“We are delighted to kick off the 2020 program season with such strong content partners,” said Cynthia Noble, Executive Director of Art on theMART. “As we begin year three of theMART’s long-term partnership with the City of Chicago, we are already becoming an integral part of the cultural fabric of the city and an iconic public art platform that amplifies what is important to Chicagoans and the world.”

Art on theMART’s spring 2020 program schedule is detailed below:

Art on theMART projects iconic artworks by Claude Monet in collaboration with the Art Institute of Chicago’s upcoming exhibition Monet and Chicago (May 10 – September 7), which explores Chicago’s pioneering connection to the great Impressionist artist. Six of Monet’s artworks will transform into a projection piece that engages directly with Chicago’s architectural landscape. 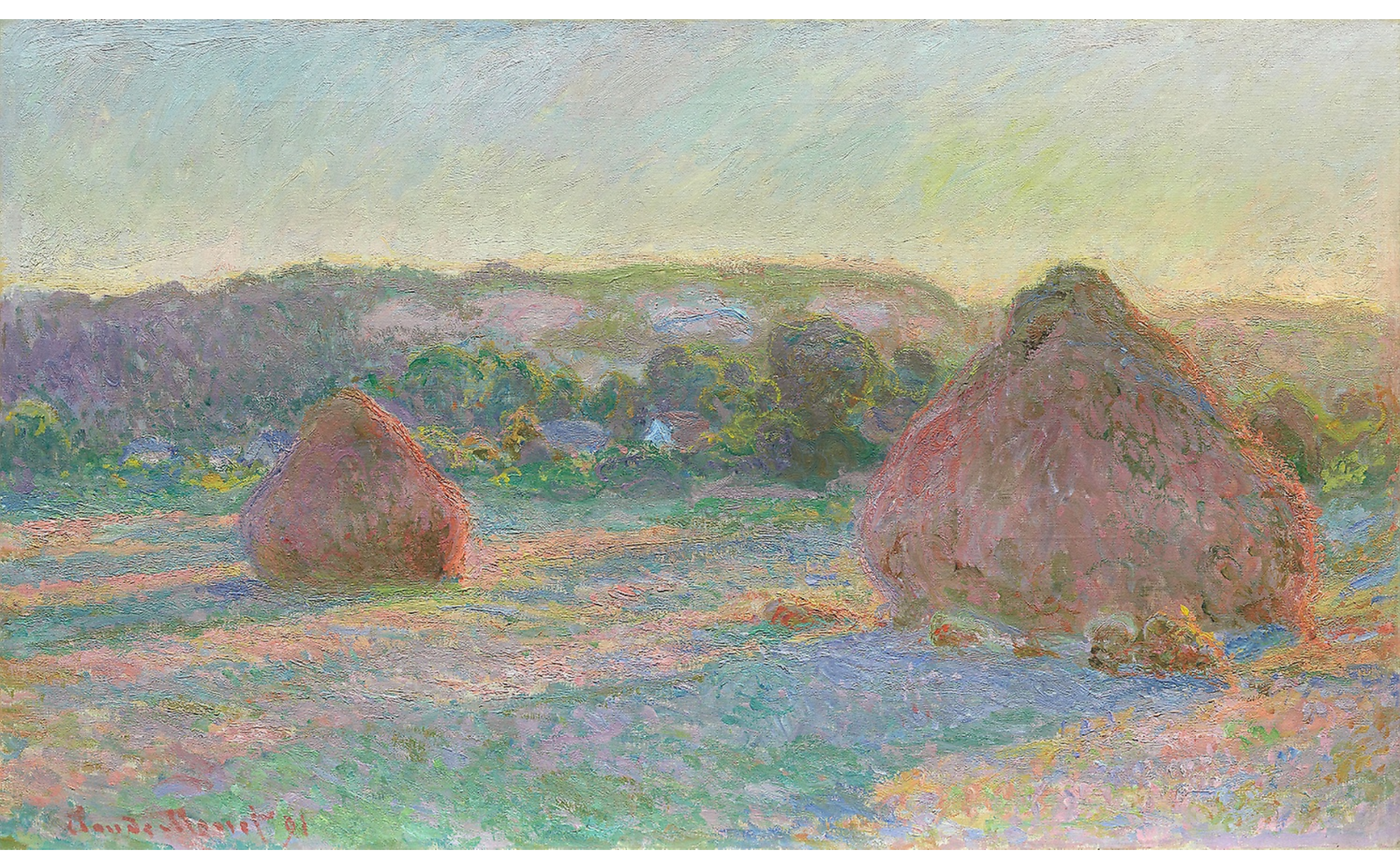 City Circle Heart features five studio artists’ work in a custom animation designed to interact with the unique architecture of theMART. The projection takes inspiration from those impacted by Sensory Processing Disorder (SPD) which often affects those with learning disabilities. While the effects of SPD can vary from person to person, the projection creates a calm and soothing display of visual work that will attract people of all abilities to appreciate the movement, colors and unique soundscape created for theMART’s river-façade. The projection features original artwork by Arts of Life artists Marcelo Añón, Veronica Cuculich, Stefan Harhaj, Hector Jones, and Maria Vanik with motion graphics and sound production by Lisa Armstrong.

The Adler Planetarium (Opening May 16)

Astrographics explores the ways in which humans conceptualize and visualize the universe, and how that has changed over time. The piece consists of four movements (Earth, Other Worlds, Stars and Beyond) that step out to progressively deeper and more speculative realms. Each of these movements feature scientific visualizations produced by The Adler Planetarium’s Space Visualization Group, woven together with imagery from the world’s telescopes and works on paper from the Adler’s collections. The visual journey is accompanied by music pieces from the Sun Ra archives, curated by the Experimental Sound Studio. The piece honors the progress that has occurred in the 90 years since The Adler Planetarium was founded on May 12, 1930, becoming the first planetarium in the Americas.

Astrographics kicks off Art on theMART’s 2020 program alignment with the 2020 Year of Chicago Music, a city-wide celebration of Chicago’s music community spearheaded by the City of Chicago’s Department of Cultural Affairs and Special Events (DCASE), to present never-before-seen, multi-sensory projections honoring the future of music-making in Chicago on a grand scale. The launch of the projection on May 16 will align with the City of Chicago’s Chicago Riverwalk opening celebration. (The projection will preview May 13 – 15 in advance of the public event). Astrographics end date to be announced at a later date. 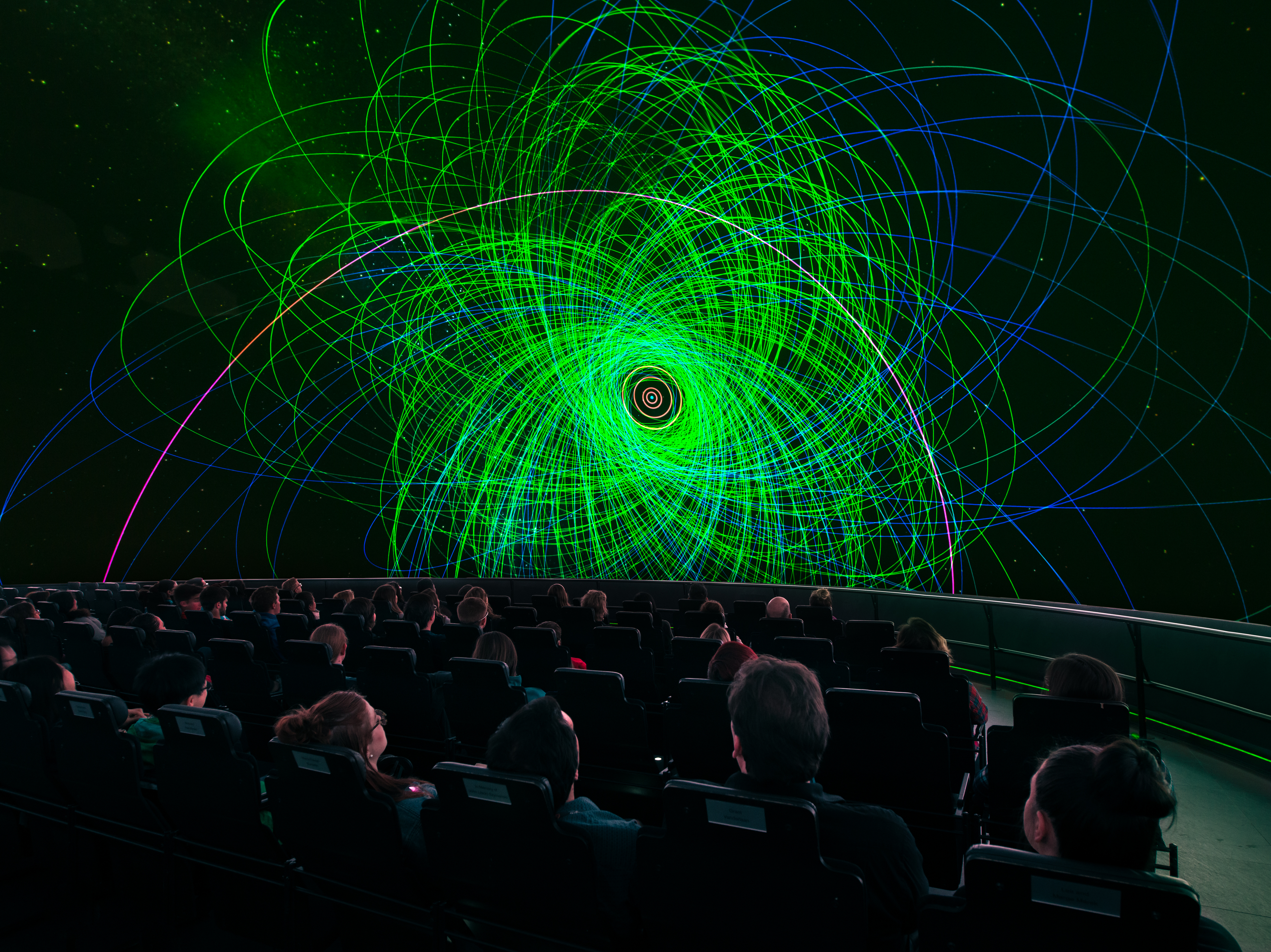 Art on theMART’s 2020 projection programs are 30 minutes in duration and will play twice each evening (totaling one hour of projection time). Projections begin at 8:30 p.m. from April 1 – May 31, at 9 p.m. from June 1 – August 31, and at 8:30 p.m. from September 1 – December 31. Accompanying audio is accessible through the permanent speaker system located on the Chicago Riverwalk Jetty.

1 MIN READ -- Lyric Opera announced its 2020-2021 season, with highlights like Puccini's Tosca and Mozart's The Marriage of Figaro, as well as buzzy newer works like the North American premiere of Sir... Learn More

1 MIN READ - The City of Chicago has designated 2020 the Year of Chicago Music, and just like the Year of Chicago Theatre (2019), Year of Creative Youth (2018), and... Learn More
Can't find what you're looking for?
Get travel inspiration, tips and exclusive offers sent straight to your inbox.