Posted  5 months ago  in  Trending, Things to Do, Arts and Culture

6 MIN READ – Theatre in the Loop is back, and there’s no better time to enjoy a spectacular live performance than during the holiday season. Get in the spirit of the most wonderful time of the year by checking out one, two, or all of these 10 best holiday performances in the Loop. Learn more about downtown holiday happenings by checking out our Holidays in the Loop guide here.

Described as the “Kit Kat Klub on acid,” Teatro ZinZanni brings to Chicago an international cast of premier entertainers for its anticipated engagement. Teatro ZinZanni’s founder Norm Langill will continue to direct the production. The menu will continue to be designed by Chicago’s own Debbie Sharpe – The Goddess of The Goddess and Grocer. The included four-course gourmet feast features multiple entrée selections, including vegan options. A fabulous ala carte cocktail menu, wine and beer list, and special occasion treats round out the dining experience. 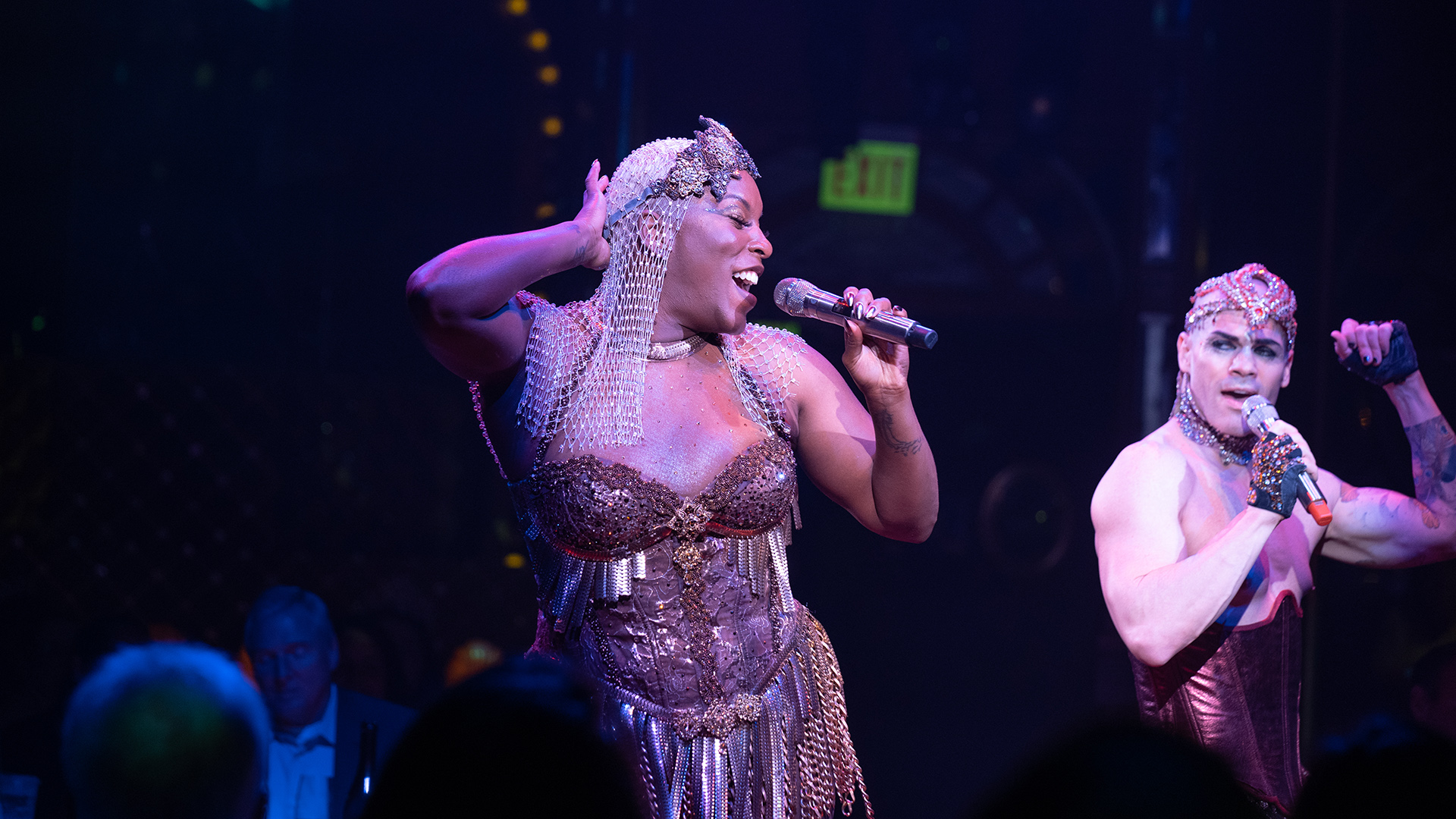 From the producer of The Lion King and Aladdin, Frozen, the Tony-nominated Best Musical, is now on tour across North America and the critics rave, “It’s simply magical!” (LA Daily News). Heralded by The New Yorker as “thrilling” and “genuinely moving,” Frozen features the songs you know and love from the original Oscar-winning film, plus an expanded score with a dozen new numbers by the film’s songwriters, Oscar winner Kristen Anderson-Lopez and EGOT winner Robert Lopez. Oscar winner Jennifer Lee (book), Tony and Olivier Award winner Michael Grandage (director), and Tony winner Rob Ashford (choreographer) round out the creative team that has won a cumulative 16 Tony Awards. An unforgettable theatrical experience filled with sensational special effects, stunning sets and costumes, and powerhouse performances, Frozen is everything you want in a musical: It’s moving. It’s spectacular. And above all, it’s pure Broadway joy. 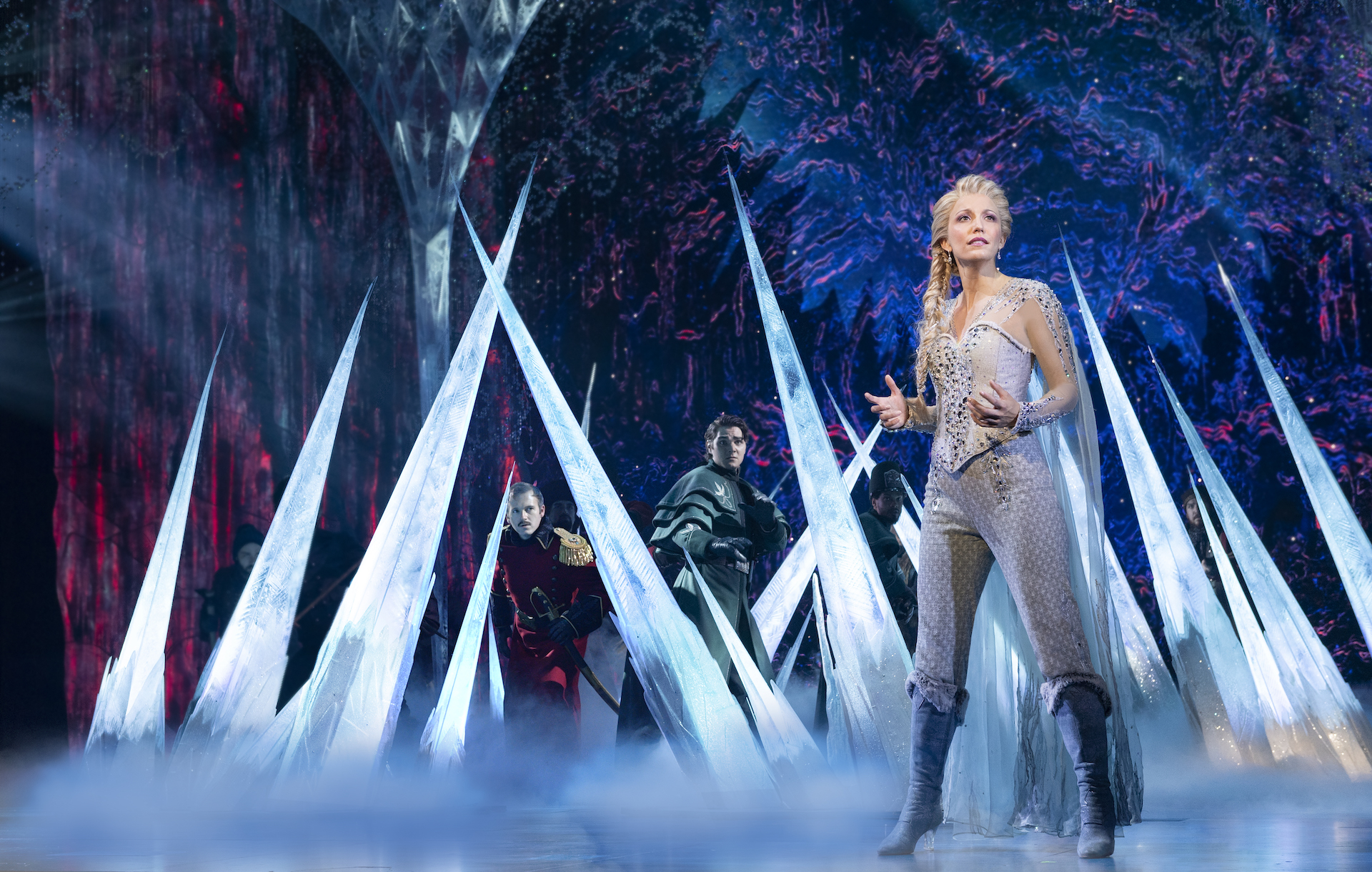 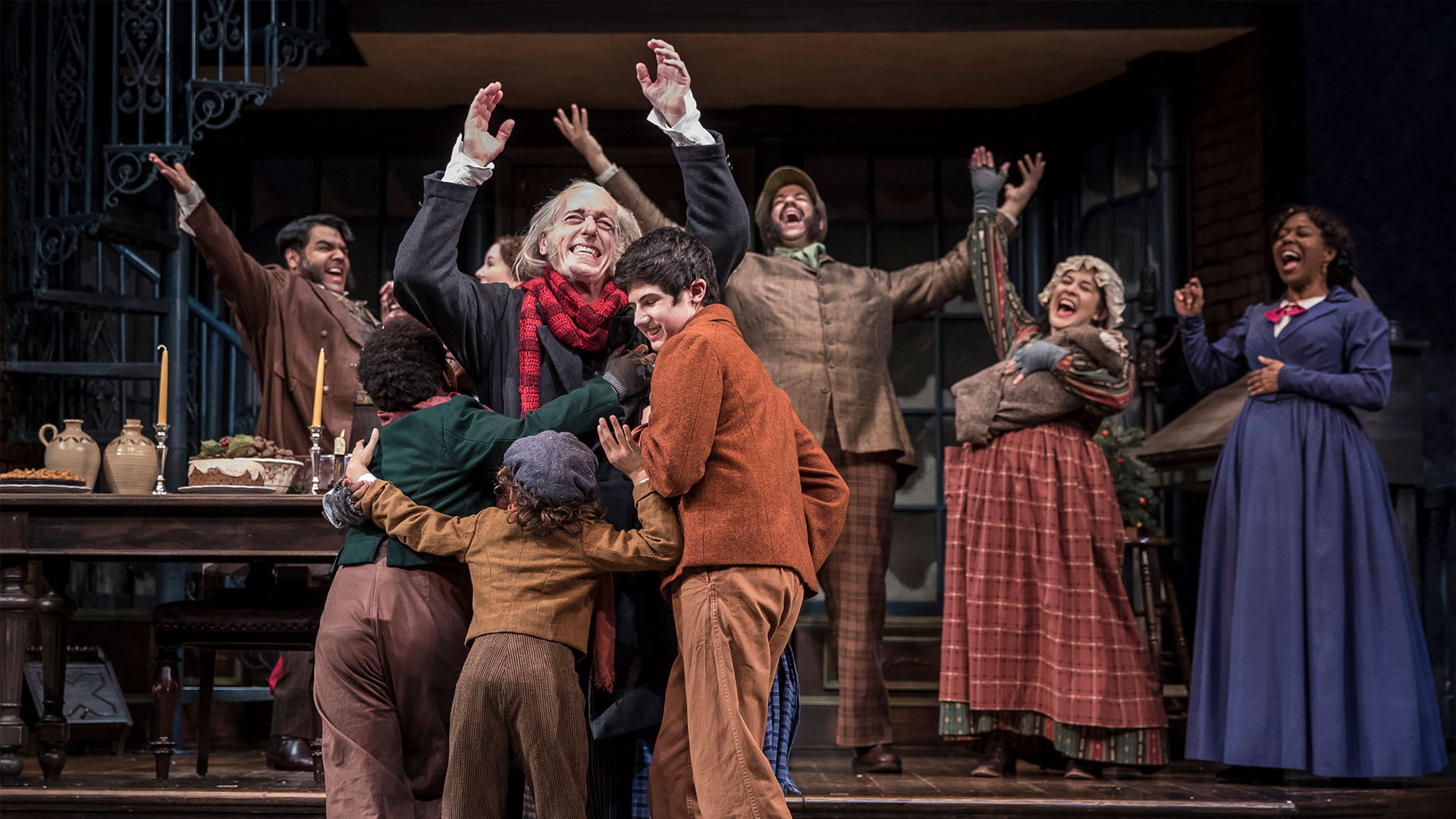 Home Alone in Concert with the Chicago Symphony Orchestra 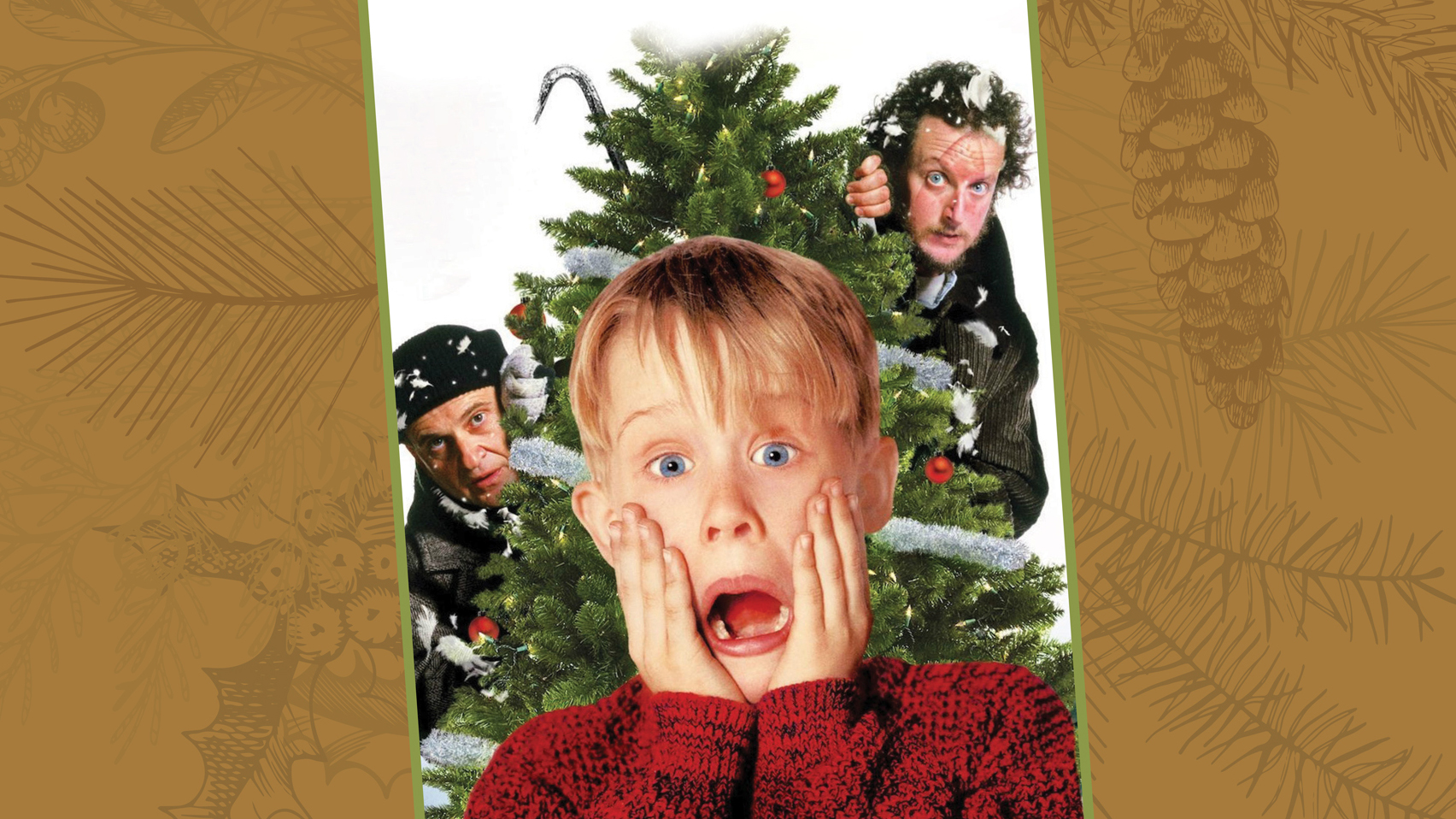 ‘Twas the Night Before… by Cirque du Soleil 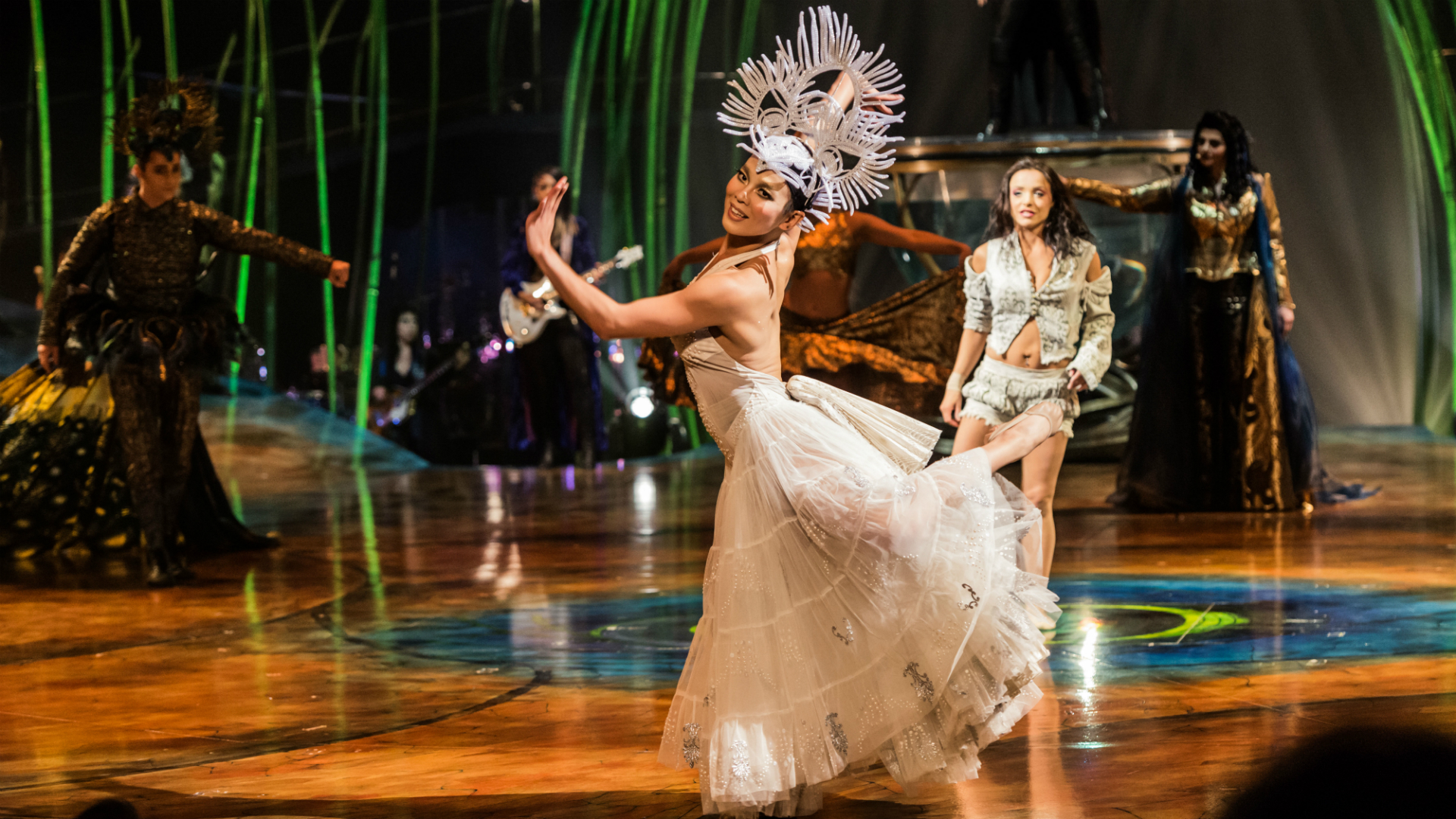 Leslie Odom, Jr., is a multifaceted, award-winning vocalist, songwriter, author and actor. With a career that spans all performance genres, he has received recognition with Tony and Grammy Awards as well as Emmy and, most recently, two Academy Award nominations for his excellence and achievements in Broadway, television, film and music. Odom most recently starred in the critically acclaimed Amazon film adaptation of One Night in Miami…, in which he performed the songs of legendary singer Sam Cooke. His portrayal of the soul icon and musical performance of the original song “Speak Now” was met with widespread praise and critical acclaim, earning him multiple award nominations. He can currently be heard voicing the character of Owen Tillerman in Season 2 of the Apple TV+ animated musical-comedy series Central Park and starring in David Chase’s Sopranos prequel Many Saints of Newark.

Set in 1920s America, A&A Ballet's The Art Deco Nutcracker, featuring Tchaikovsky's beloved score, is a fresh, yet traditional take on the beloved holiday favorite. The Chicago Tribune has described it as “A glossy rendition filled with gorgeous, glitzy costumes,” and The Cincinnati Enquirer writes that Kremnev has “brought dance to a whole new level.” The Art Deco Nutcracker is Kremnev's eighth full-length ballet. His work has been presented at the world-renowned Bolshoi Theatre in Moscow, Lincoln Center in New York, and the Opernhaus Zurich in Switzerland, among other prestigious venues across the globe. The Huffington Post describes his choreography as “encompassing the best and brilliance of what movement can be while breaking boundaries of what we know.” 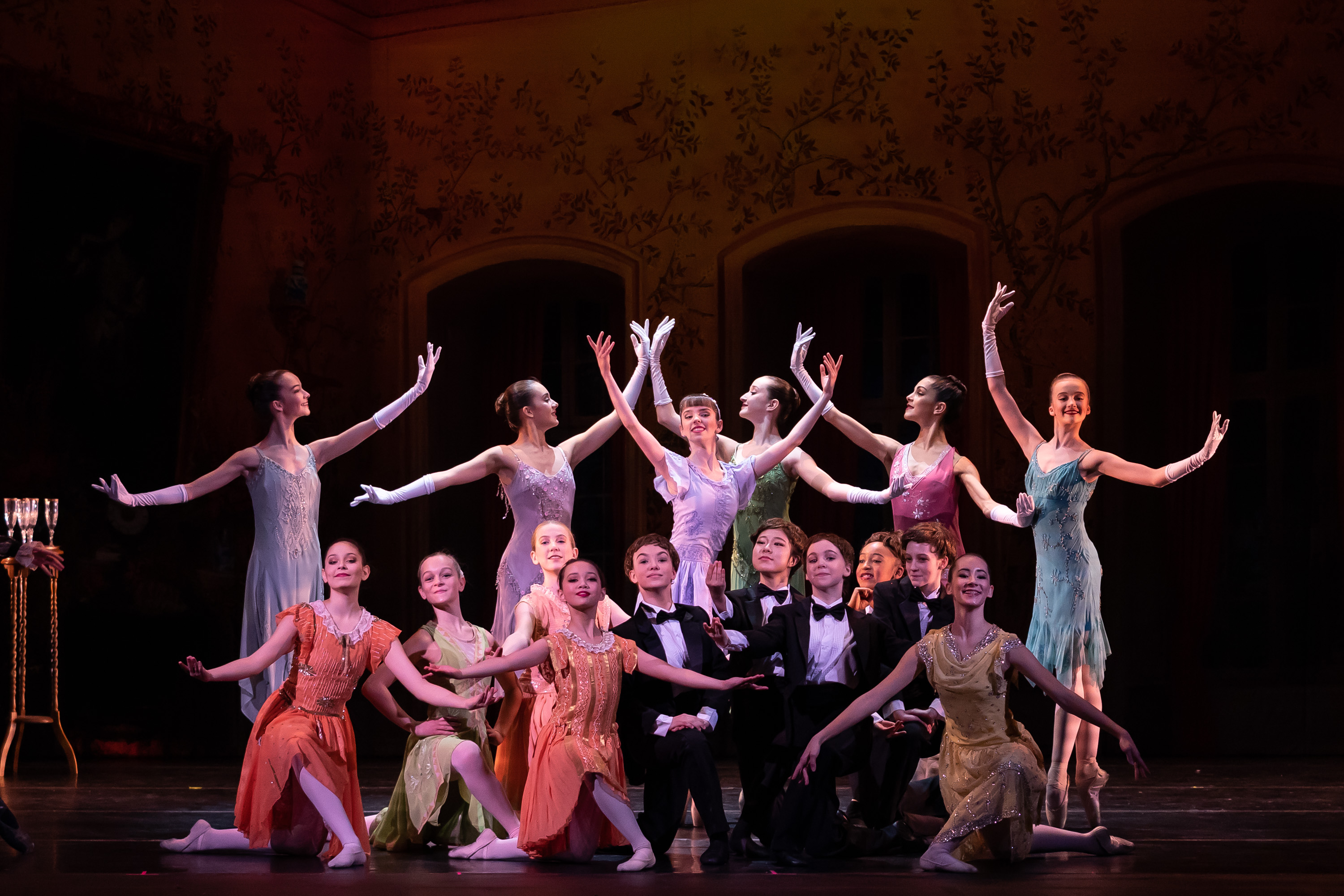 The Joffrey Ballet’s The Nutcracker

The Joffrey Ballet's The Nutcracker is a must-see tradition boldly reimagined for a new generation. Christopher Wheeldon’s reimagined classic follows young Marie and the Nutcracker Prince on a Christmas Eve journey through the 1893 World’s Fair, a dazzling spectacle of sights, sounds and enchantment. This annual holiday tradition celebrates the magic of the season and the rich cultural heritage of Chicago. 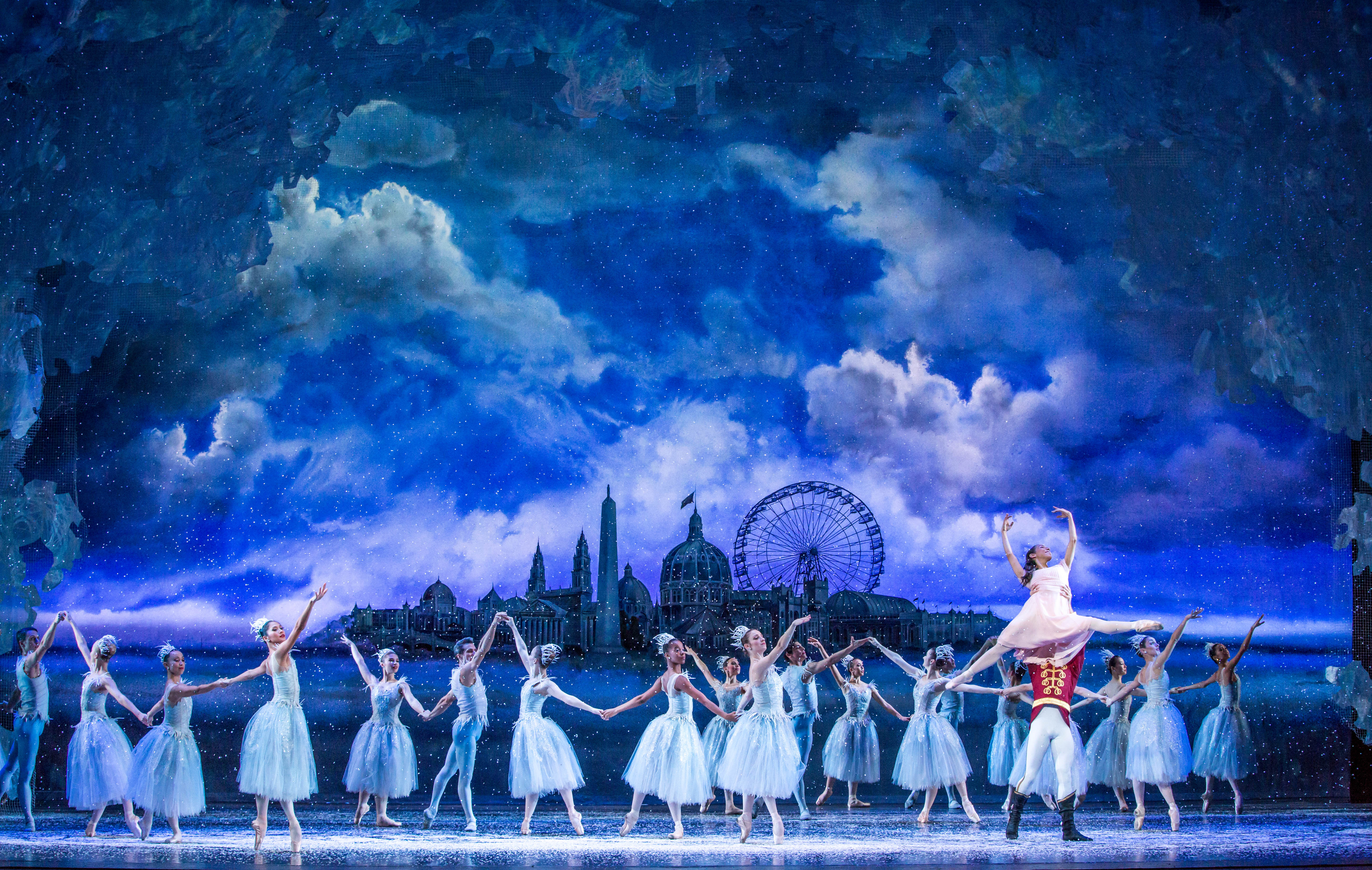 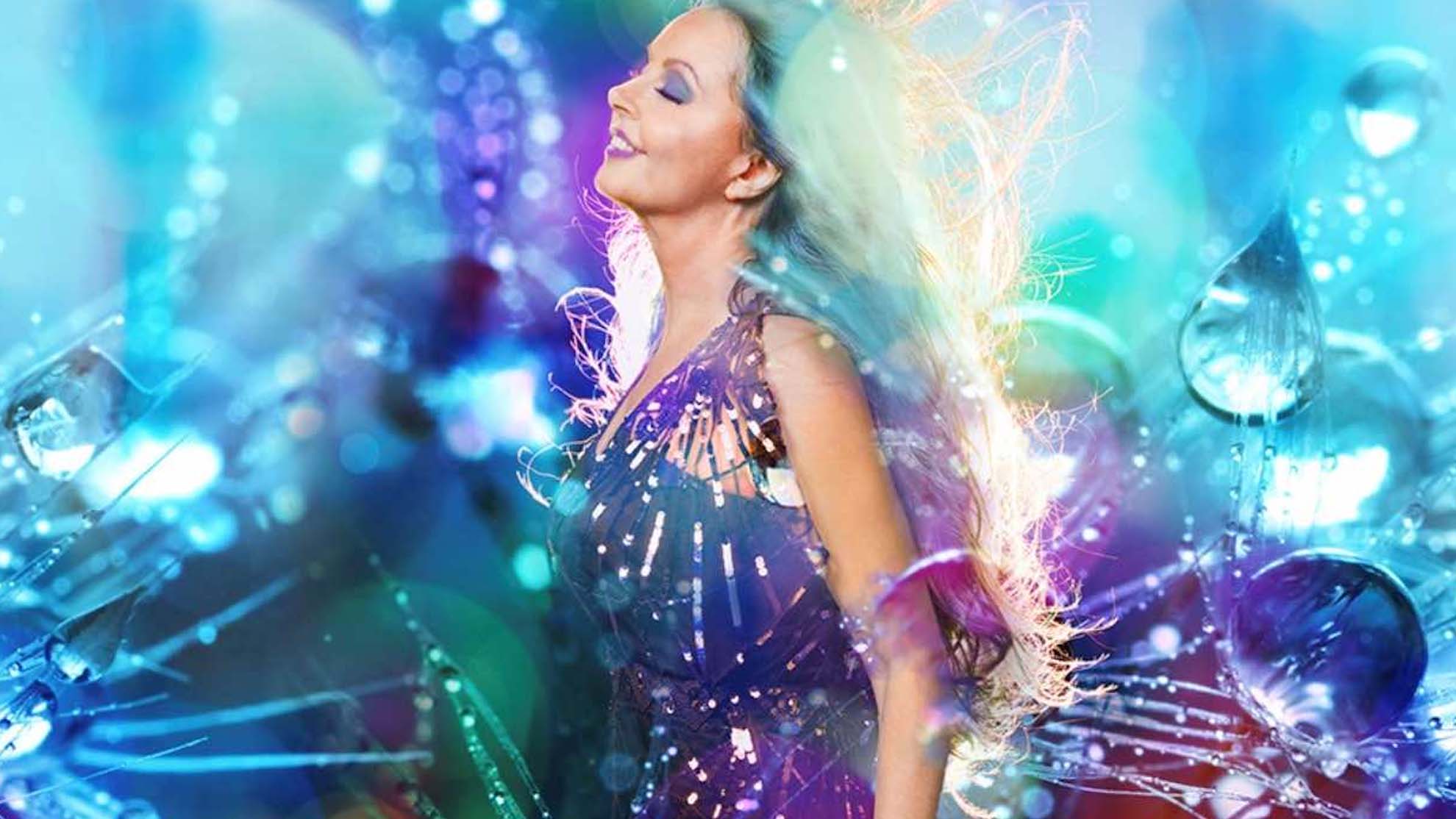 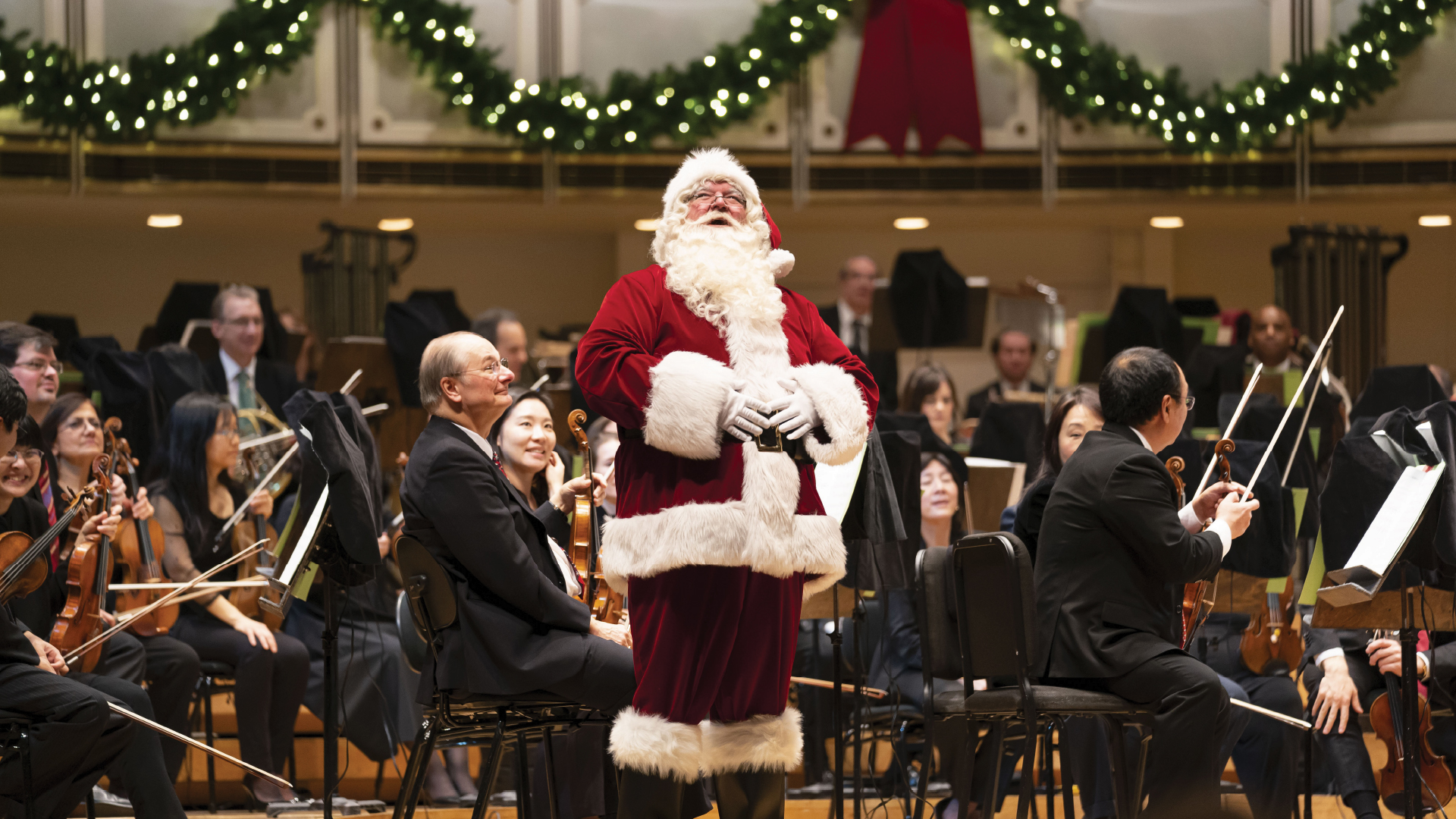 Get half-price tickets with Hot Tix

Make sure to check out Hot Tix to see if half-price tickets are available for your favorite Chicago holiday theatre performances in the Loop and beyond! Visit HotTix.org in advance or stop by the two Loop locations, 108 N. State St. at Guest Services inside of Block 37 or 72 E. Randolph St., to purchase tickets. 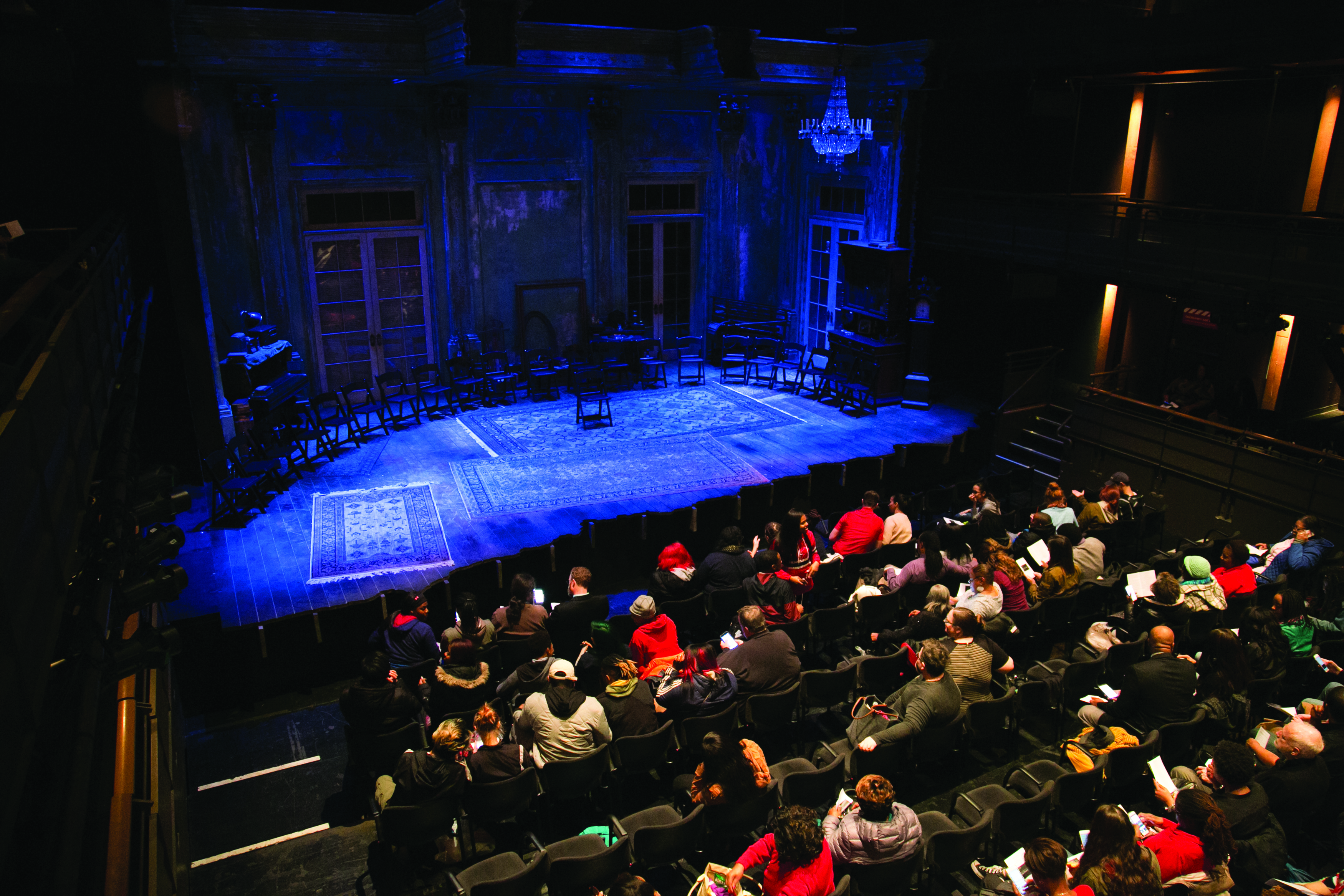 Getting to the Loop

Learn about all the ways you can get to the Loop here. If you’re driving, download iParkit for the best off-street parking options that are close to theaters and show venues. Sign up for iParkit Express and get 20% off your first 5 uses. Get the best prices just by scanning your Express pass at the most convenient public parking garages. iParkit is touchless and you don’t need to prepay. Get your receipt emailed to you when you leave. Download iParkit and save!

Your 24-hour holiday itinerary in the Loop

5 MIN READ – If you’re a traveler who only has 24 hours to spend in the Loop, or if you just want to plan the most amazing day...

2 MIN READ - Pay homage to your hometown and make any proud Chicagoan joyous this holiday season by picking up some Chicago-themed holiday gifts in the Loop. Learn more
Can't find what you're looking for?
Get travel inspiration, tips and exclusive offers sent straight to your inbox.