2 MIN READ - Since July, Chicago Loop Alliance has been collecting monthly survey data from its member businesses and stakeholders to track operations during COVID-19, and today released its September report. View the full September report here. 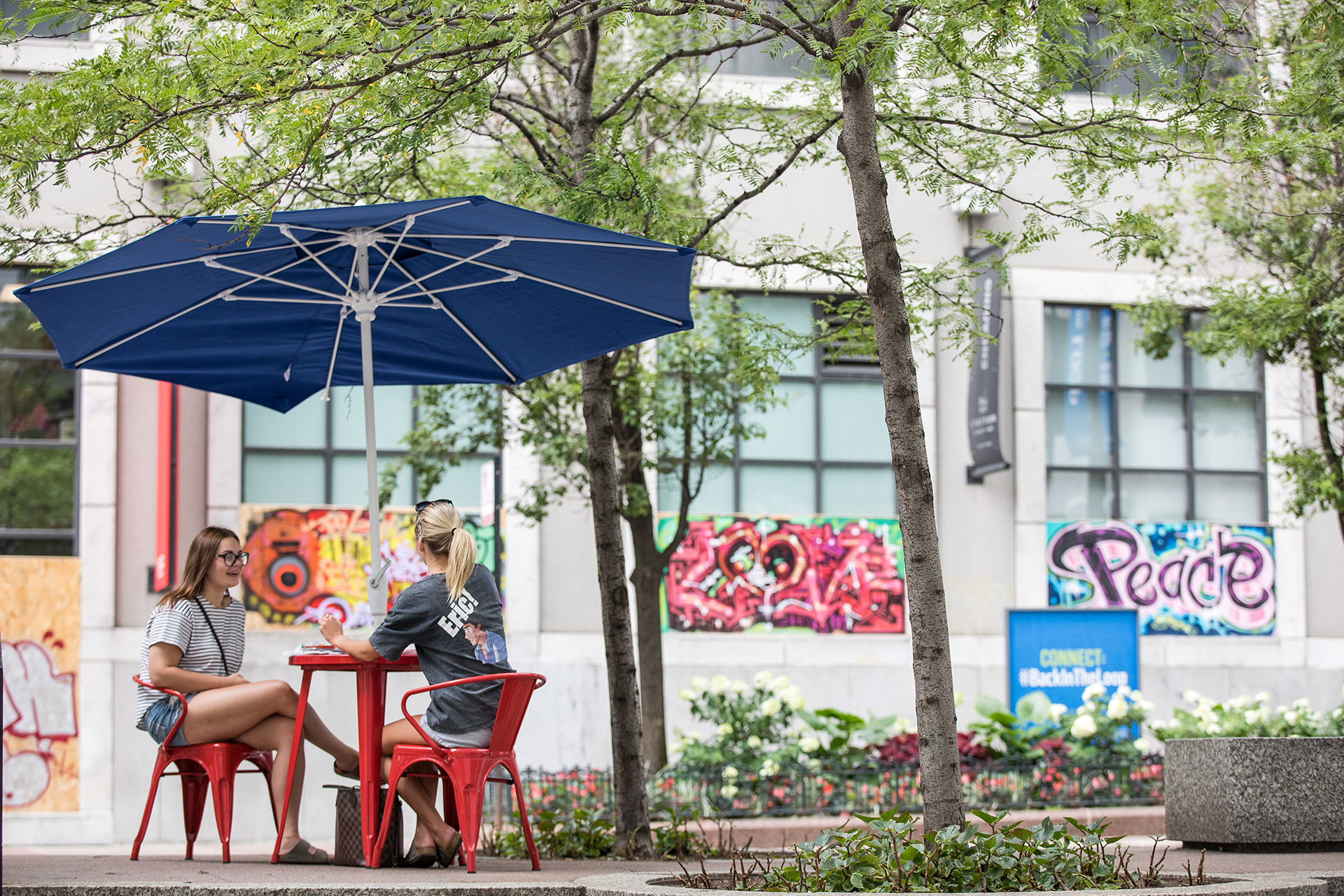 The most recent weekly pedestrian activity report is for week ending Sept. 27. Activity was up by 5 percent on State Street compared to the week prior, but was down by 65 percent compared to the same time period in 2019. This low pedestrian volume compared to 2019 is likely low due to the lack of students returning to in-person classes in the Loop this year. 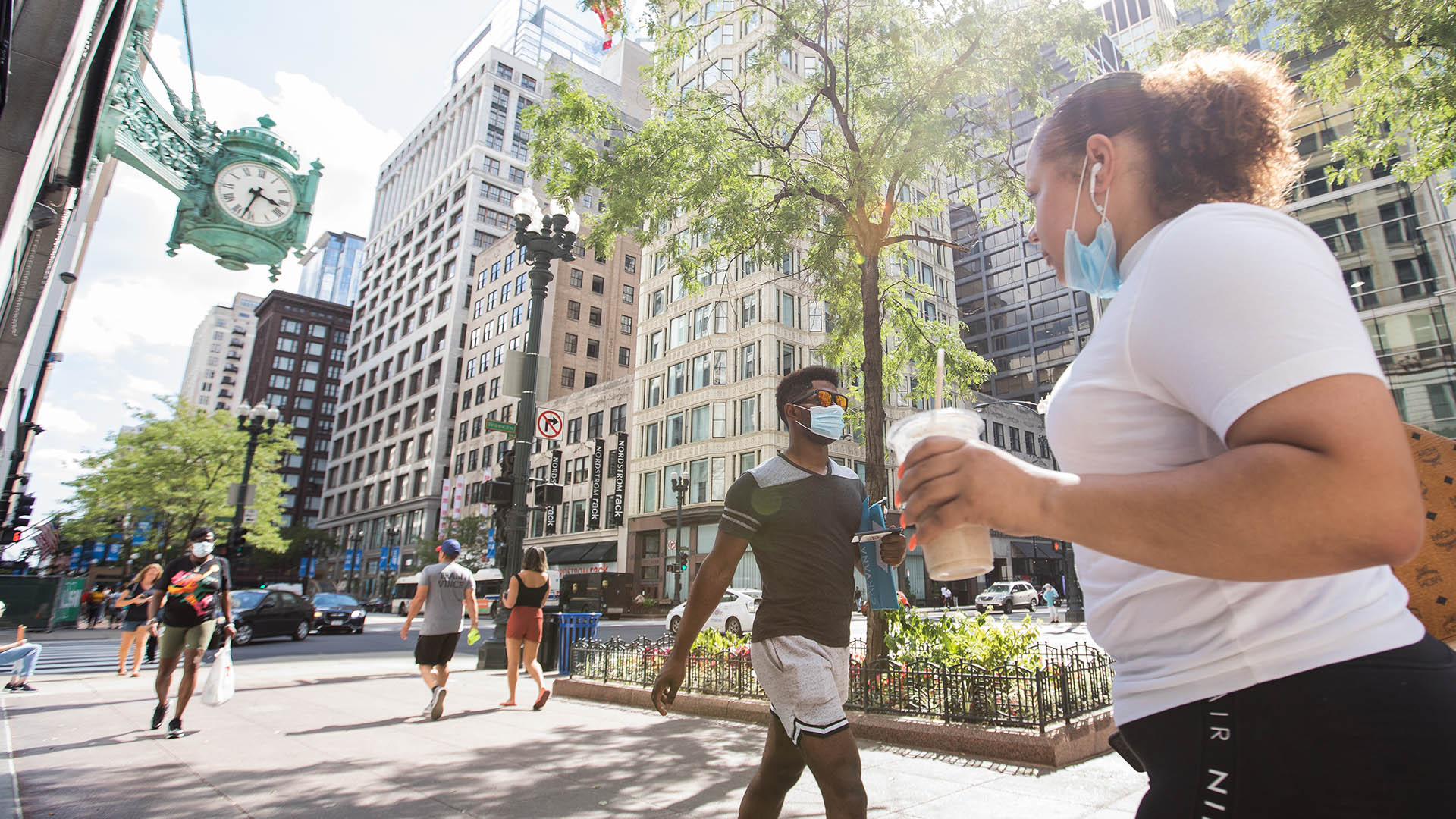 Last week, Chicago Loop Alliance released an online "Back to Work" toolkit to help people make a smooth and safe return to the office.

“Workers are the lifeblood of the Loop’s storefront economy,” said Chicago Loop Alliance President and CEO Michael Edwards. “The Loop has 20,000 residents and 370,000 workers during normal times. And what we’re hearing is that people actually really miss the Loop, and they miss the office. For some, coming back downtown to work, even just part of the week, isn’t an option that occurred to them. So we created this toolkit as way of saying, ‘The Loop is here, companies and building managers are going above and beyond, and there are safe ways to get downtown.’ We hope to see activity in the Loop continue to trend upward.”

The toolkit can be found at LoopChicago.com/BackToWork and includes stories from workers who have already taken the plunge in returning to work downtown; comprehensive information on how to safely get to the Loop; a guide to what’s open in the Loop; cool-weather cycling tips; an overview of what’s new in the Loop since March; a glimpse at what the Loop looks like these days; suggested lunch spots; a happy hour guide; and Chicago Loop Alliance’s monthly business operations reports. 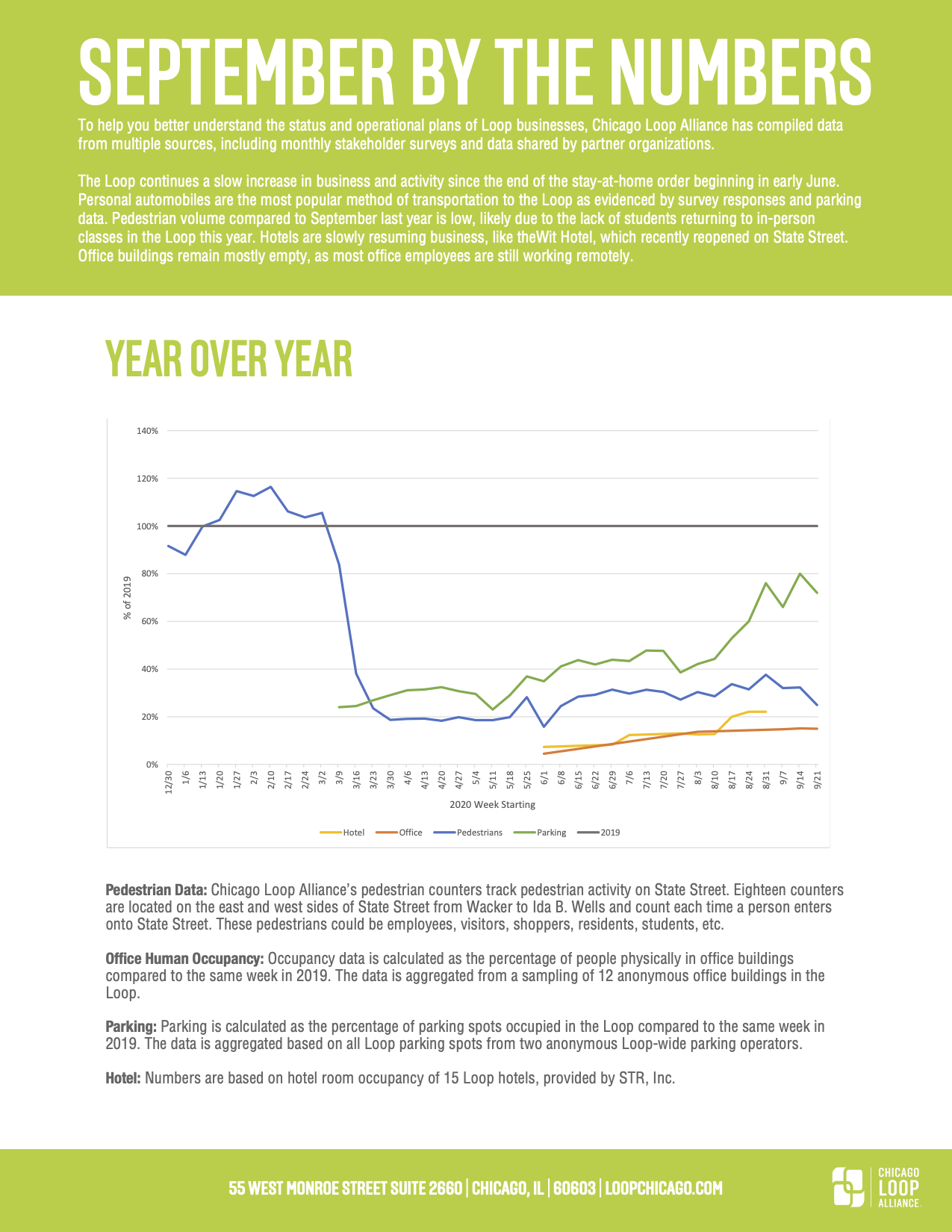 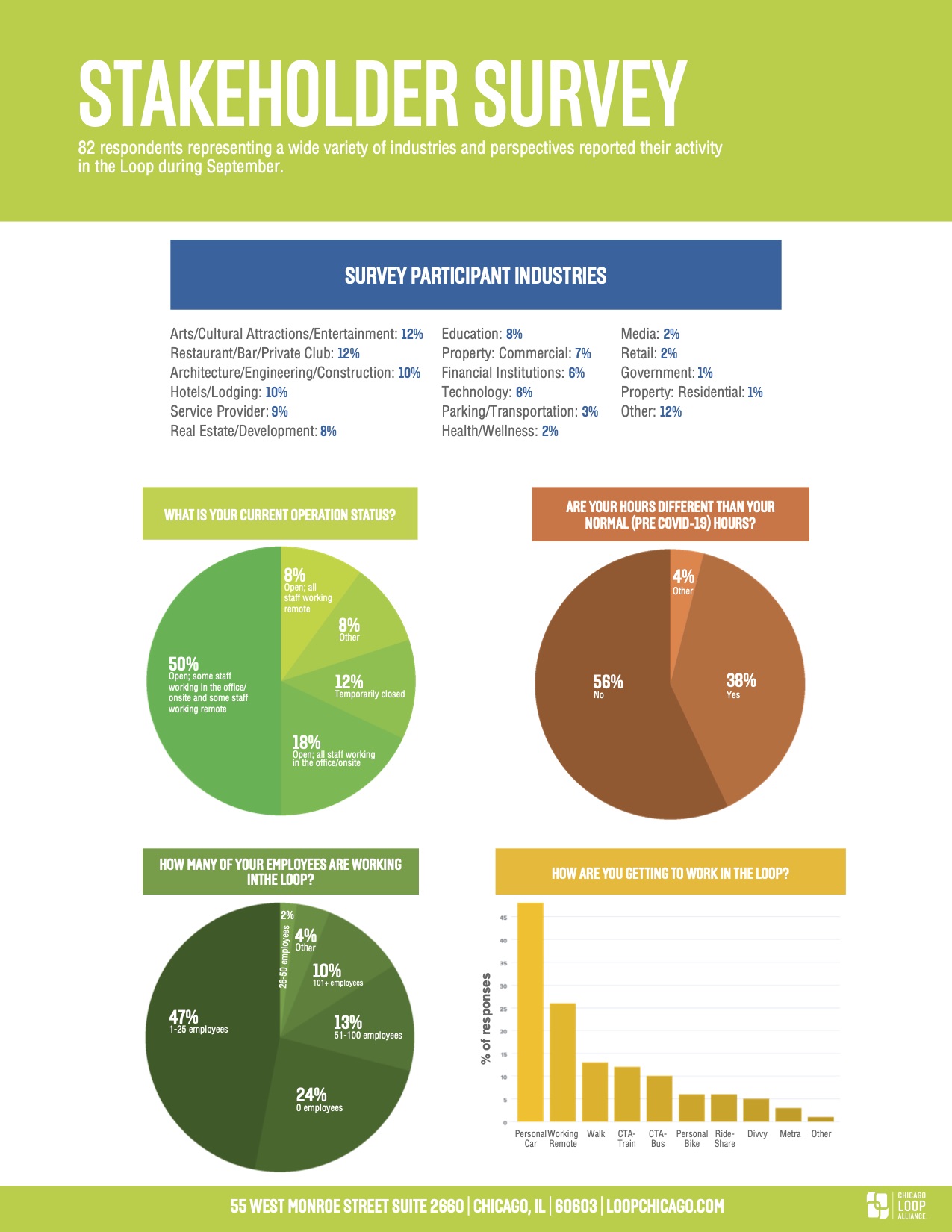 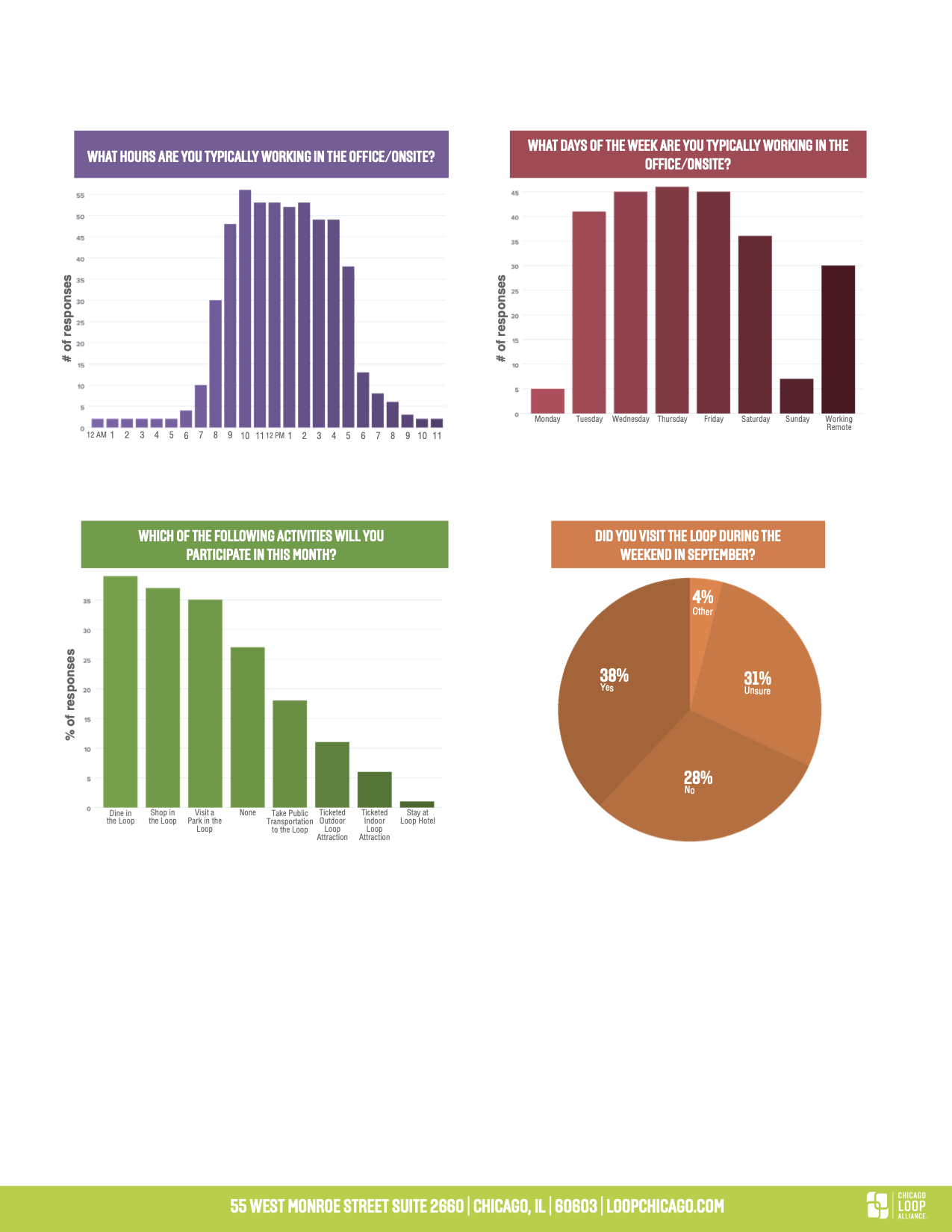 How Loop businesses are operating amid the pandemic in August

This is your guide for a smooth and safe return to work. Whether you never left, or you’re returning for the first time, here are some insider tips for working downtown in the Loop. Learn more
Can't find what you're looking for?
Get travel inspiration, tips and exclusive offers sent straight to your inbox.