Posted  4 months ago  in  Trending

3 MIN READ – Chicago has been named the Best Big City in the U.S. for the sixth straight year by Condé Nast Traveler through their 2022 Readers’ Choice Awards. This award, which is voted on by Condé Nast Traveler readers, has been bestowed on Chicago every year since 2017 and is a testament to Chicago’s enduring status as an exciting, welcoming and world-class travel destination.

“There are so many reasons why Chicago is the Best Big City in the U.S. – we have world-class restaurants, top-tier hotels and meeting spaces, cultural institutions and entertainment venues that can rival the best in the world and vibrant, diverse neighborhoods that make sure there is something for every visitor," said Chicago Mayor Lori E. Lightfoot. “Most importantly, our city is full of people and organizations that care deeply and work tirelessly to make Chicago the most welcoming and inviting city in the world. I want to thank the tourism and hospitality professionals that make this award possible year after year and the millions of visitors that keep coming back to Chicago to explore everything our city has to offer.” 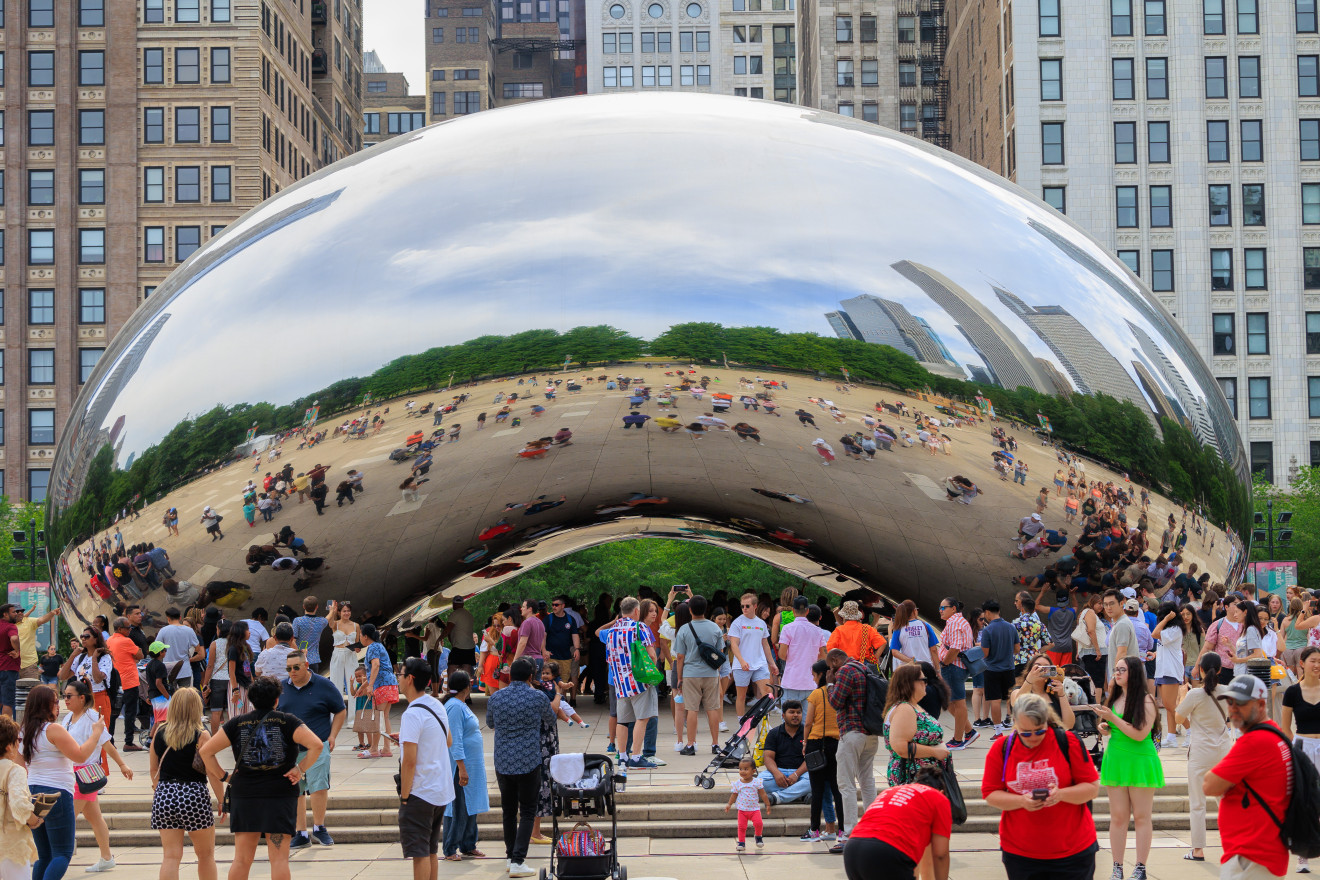 Each year, Condé Nast Traveler garners input on travel experiences from hundreds of thousands of readers to determine the winners of their Readers’ Choice Awards, which is the longest-running and most prestigious recognition of excellence in the travel industry. This year, more than 240,000 readers weighed in on their favorite American cities and Chicago was ranked first overall for an unprecedented sixth straight year – no other city has been voted Best Big City in the U.S. more than three straight times in the 35-year history of the Condé Nast Readers’ Choice Awards.

“It is an incredible honor to once again be voted the Best Big City in the U.S.,” said Lynn Osmond, President and CEO of Choose Chicago. “This recognition does not happen by accident – it is a testament to the hard-working people that make Chicago an inviting and welcoming city. Winning this award for six straight years combined with the successful summer of travel we just wrapped up make it clear that the past, present and future of tourism in Chicago is a bright one.”

“I want to thank our partners in the hospitality and tourism industry for ensuring Chicago is a world-class destination and for making this award possible,” continued President Osmond. “I also want to thank all Chicago residents for creating such a friendly and hospitable city for tens of millions of visitors each year. Finally, I want to thank the readers of Conde Nast Traveler for choosing Chicago year after year and for recognizing all the amazing attributes of our city that is second to none.” 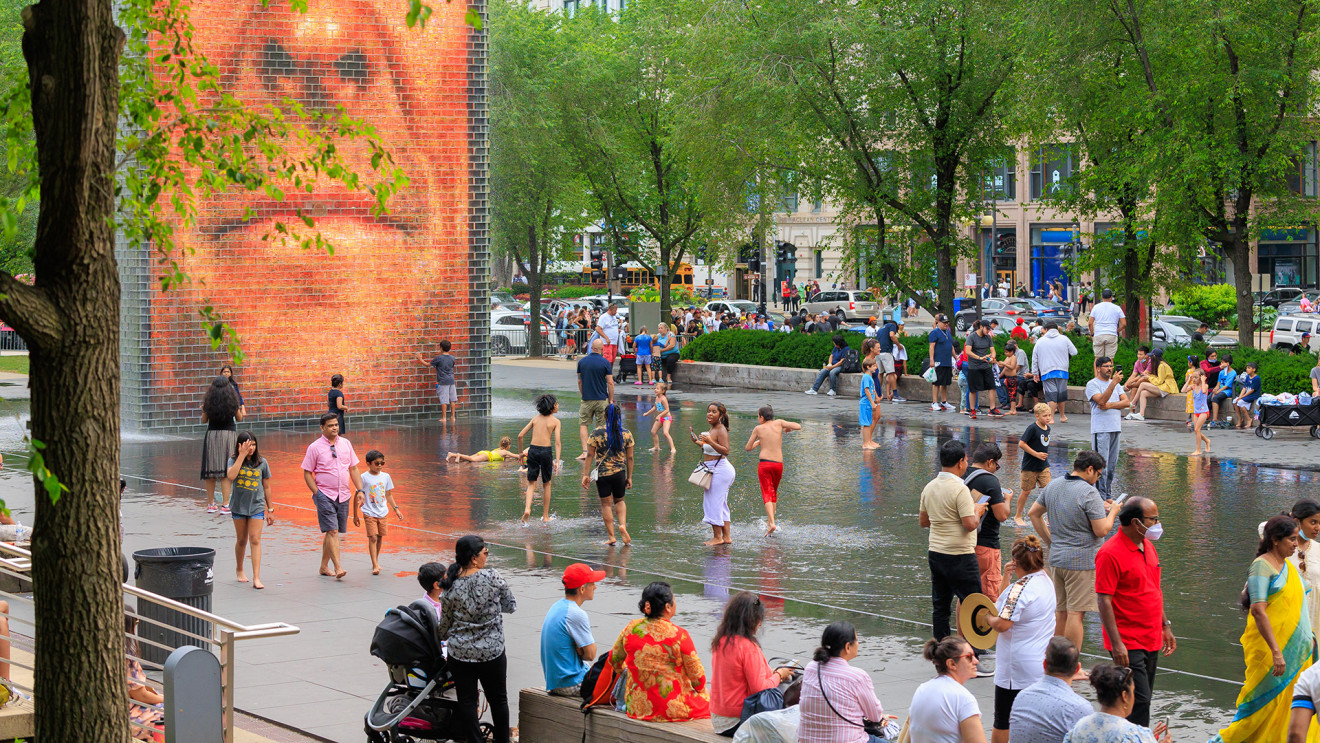 Chicago’s historic recognition as the Best Big City in the U.S. for six straight years is a testament to the resilience of Chicago’s hospitality and tourism industries as the strong recovery from the COVID-19 pandemic continues. Condé Nast Traveler readers recognize that Chicago is home to world-class entertainment, impressive architecture, first-rate museums and an exceptional restaurant scene. 2022 has been a banner year for events in Chicago as well, with the first-ever Sueños Festival in May and the first US Sail Grand Prix Chicago race at Navy Pier in June, not to mention the successful full return of Chicago mainstays such as Lollapalooza, the James Beard Awards and the International Manufacturing Trade Show (IMTS), the largest and longest-running tradeshow in North America.

The 2022 Readers’ Choice Awards are published on Condé Nast Traveler’s website at cntraveler.com and celebrated in the November issue. Follow @cntraveler on social media and tag #RCA2022.

The Loop is home to world-renowned arts, attractions and entertainment. View a priceless piece of art, hop aboard a river cruise, or rock out to your favorite band at one of many historic venues. Learn More

The Chicago Loop has one of the most dynamic food scenes in the nation. From James Beard Foundation Award-winning restaurants and casual, grab-and-go spots to swanky rooftop bars, the Loop has all your cravings covered. Learn More

There's no better place to stay during your visit to Chicago than in the Loop. Find a room steps from all the world-class culture, food, outdoor space and shopping the Loop has to offer. Learn More