Posted  3 months ago  by  Daisy Ruiz

Several March events surrounding St. Patrick’s Day bolstered activity in the Loop. Along with the removal of a mask mandate and healthy COVID positivity rates, downtown saw an increase in office workers returning; continued arts and culture performances; in addition to tourists, business travelers are coming back with a number of conferences in the downtown area. Pedestrian impressions reached over 96 percent of 2019 levels for the week of March 14, with the highest monthly recovery rate measured since the impact of the pandemic, consistently surpassing 1 million impressions each week. 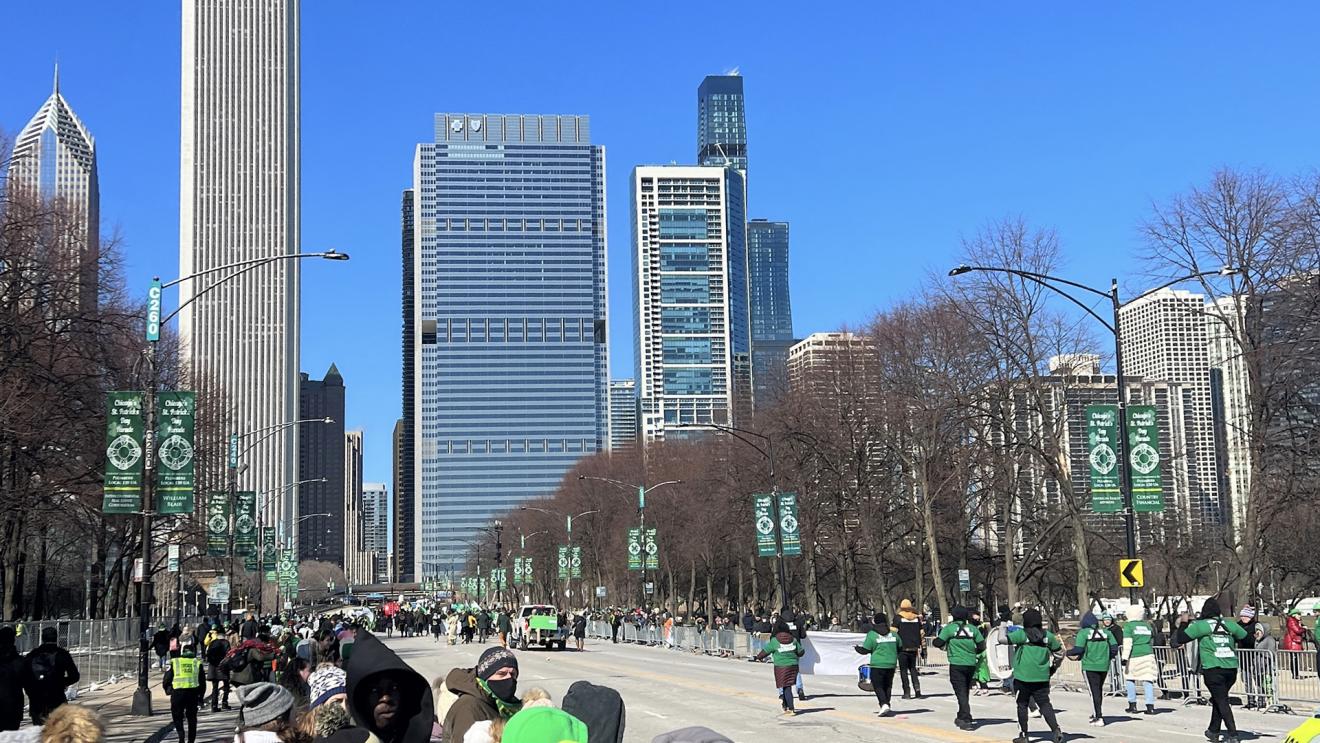 “March’s recovery metrics are impressive and hopeful as more businesses return to the Loop, visitors make their way downtown, and programming increases. With upcoming initiatives like BOMA’s Chicago Returns Week and our popular event series Sundays on State, there are more opportunities for Chicagoans and visitors to experience the energy of the Loop again,” said Michael Edwards, President and CEO of Chicago Loop Alliance. “As a downtown, we are optimistic that as more tourists, businesses, workers, and Chicagoans make their way back downtown, the Loop will return to its safe and lively atmosphere we all know and love.”

Major events, including St. Patrick’s Day celebrations and the Shamrock Shuffle, pushed pedestrian averages on State Street in the Loop to record highs. Throughout the month, State Street counters reported over 1 million weekly pedestrians, reaching a peak of 1.4 million visitors, or 96.5 percent of their 2019 levels during the week of March 14.

Elsewhere in the Loop, pedestrian counts along the Pedway’s main stem were over 10,000 for the tenth straight week. While counts remain at 20 percent of their comparison first quarter totals in 2019, the Pedway had not experienced the same volume of users since March of 2020.

“With April 4 the key date for many employees returning to the office, Loop retailers optimistically await the increase of office density. Retailers will now track the significance of the return; 40 percent, 50 percent, 60 percent, and the consistency of the return, three days, four days or five days a week,” said John Vance, Principal of Stone Real Estate. “When retailers can answer the ‘how much’ and ‘when’ questions regarding the return of density, they will start doing deals again in the Loop.”

Chicagoland offices broke through an important milestone in March, reaching 40 percent occupancy of their 2019 levels. Similar occupancy rates throughout the month helped push the monthly average to 39 percent, the highest yet. The figures stand in contrast to the position of Chicagoland offices a year ago, when rates near 16 percent of their 2019 occupancy levels were reported. Despite the improvements, Chicagoland’s occupancy ranks eighth of the nation’s ten largest working metro areas. The occupancy rate is most similar to that of the New York City, Washington, D.C., and Philadelphia metros.

“With the return of tenants to our Loop office buildings, we are seeing a stabilization in occupancy, and we are optimistic for the future. The recent ULI study underscores the strong market outlook for LaSalle Street and we continue to believe in the Loop as a compelling business location for both small and large companies,” said Greg O’Neal, Managing Director, Beacon Capital Partners.

“March saw the highest occupancy rates in the central business district since March 2020, and we believe this trend will only continue upward,” said Derrick Johnson, Senior Vice President of Zeller and President of BOMA/Chicago.  “The downtown district is enlivened with commuters making their way back to office spaces, patrons visiting their favorite lunch spots, and new commercial developments hitting the market. With BOMA/Chicago celebrating Chicago Returns Week in early May, we anticipate a further acceleration of tenants returning to the office, reconnecting with colleagues, and rediscovering the innovation that comes from in-person collaboration.”

March’s tourism events attracted drivers into the Chicago Loop, keeping parking reservation rates over 100 percent of their 2019 levels throughout March. The rate is nearly a doubling of the one set in March 2021. Month-to-month, the number of reservations increased by 12.6 percent from February. With an average of 16,200 weekly bookings in March, the volume is a recent high point since counts in December 2020.

The return of large-scale events to the Chicago Loop was reflected in a substantial increase in operations for Loop parking garages, reaching 65 percent of their 2019 levels. The rate is the highest measured since September 2020 and continues a three-month positive trend in increased operations. With the strong performance in March, the 11-month rolling average improves to nearly 55 percent of 2019 rates. 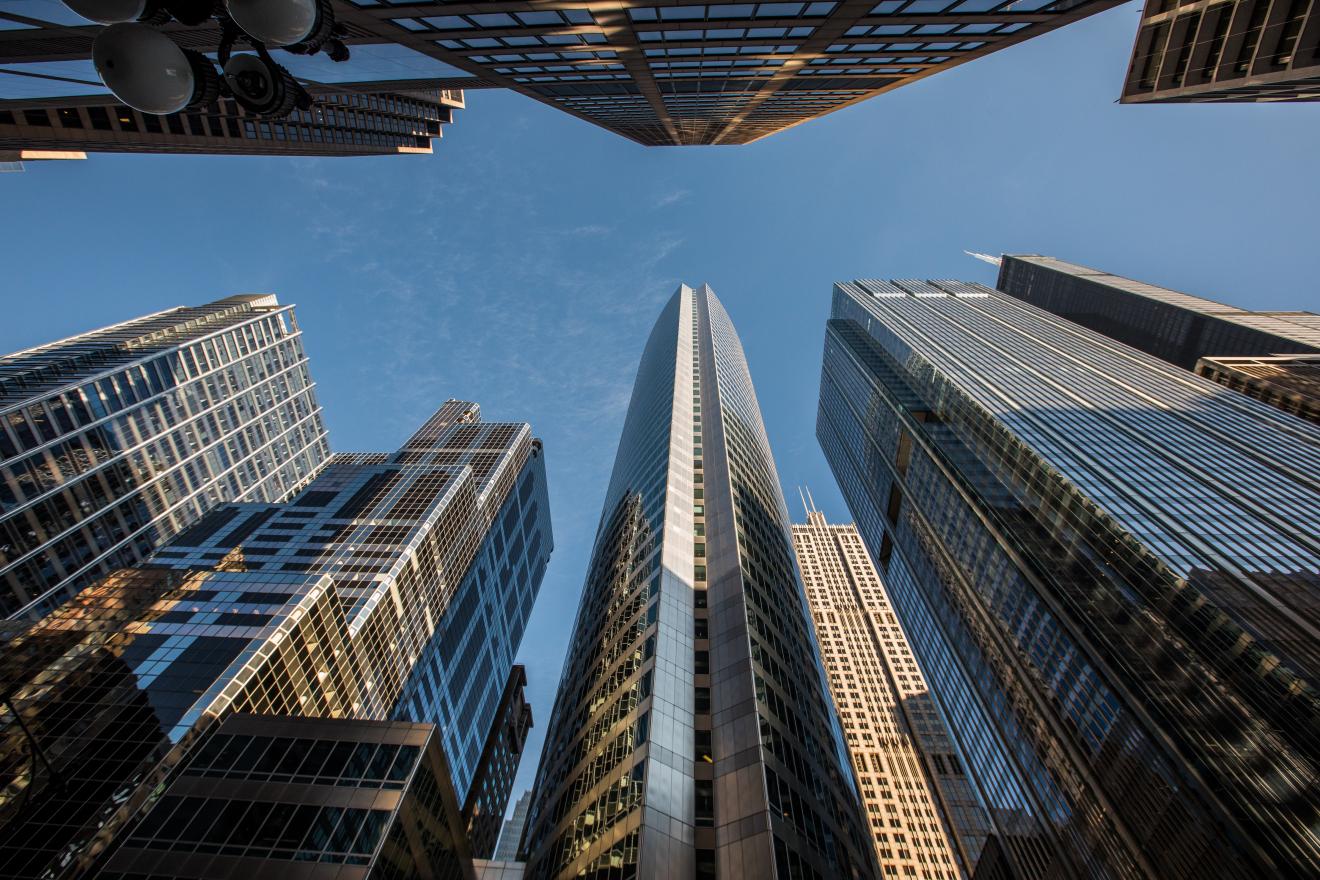 March’s positive recovery rate complements the industry’s continued need for support, and it sets the stage for a stronger recovery for the spring and summer months. 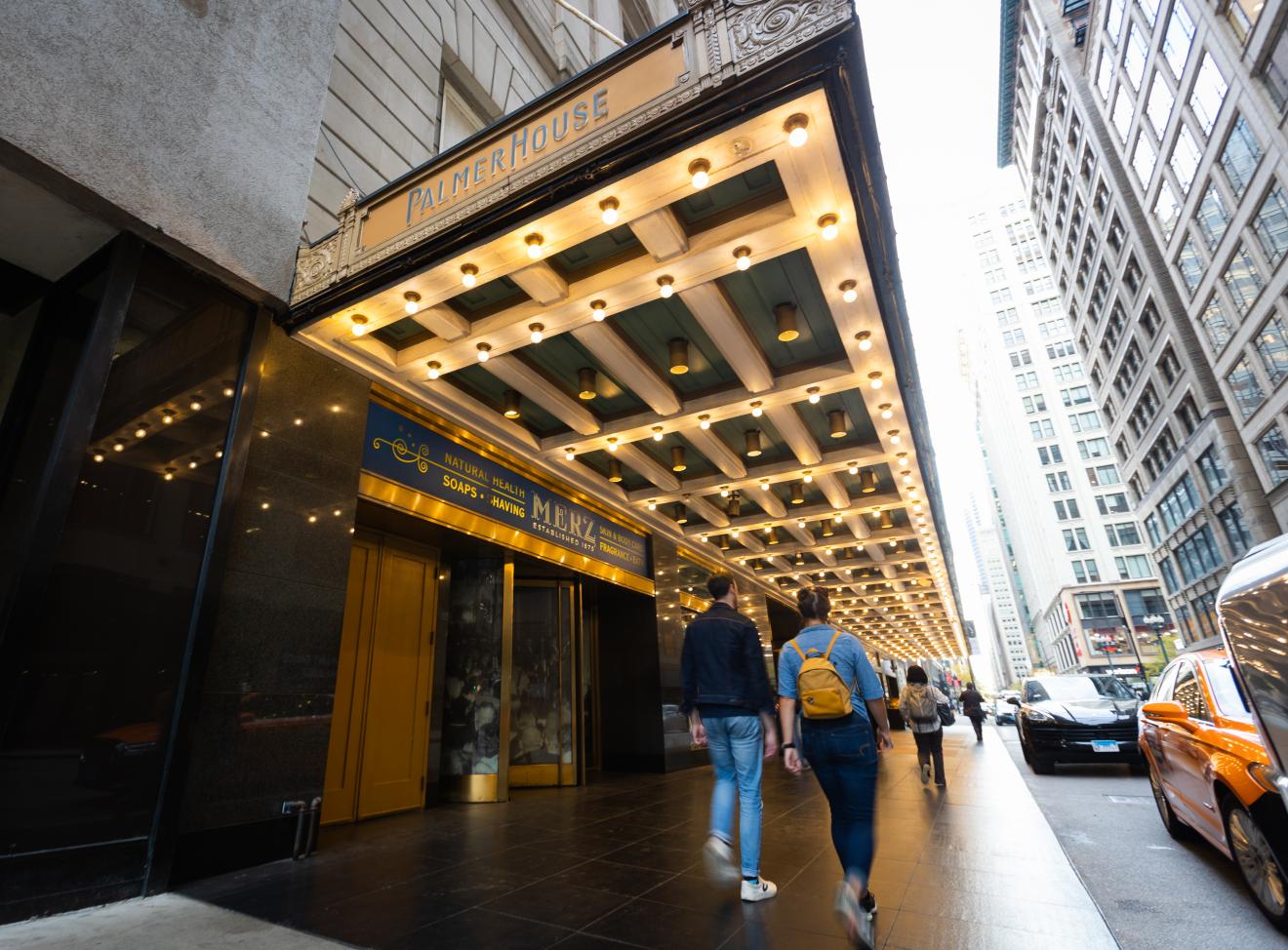 “In March, the lifting of the mask mandate and the return of major events like the dyeing of the Chicago River have had a positive impact on hotels in the Loop,” said Kristin Duncan, General Manager at Renaissance Chicago Downtown Hotel. “As the weather improves and some of the best attractions downtown return, such as the Chicago Riverwalk and summer programming at Millennium Park, the hotel industry is positive that more and more visitors will return to the Loop.”

While riders from the western suburbs contributed to the BNSF line’s outsized 18 percent share of Metra’s overall February operations, five other Metra lines reported over 100,000 passengers. 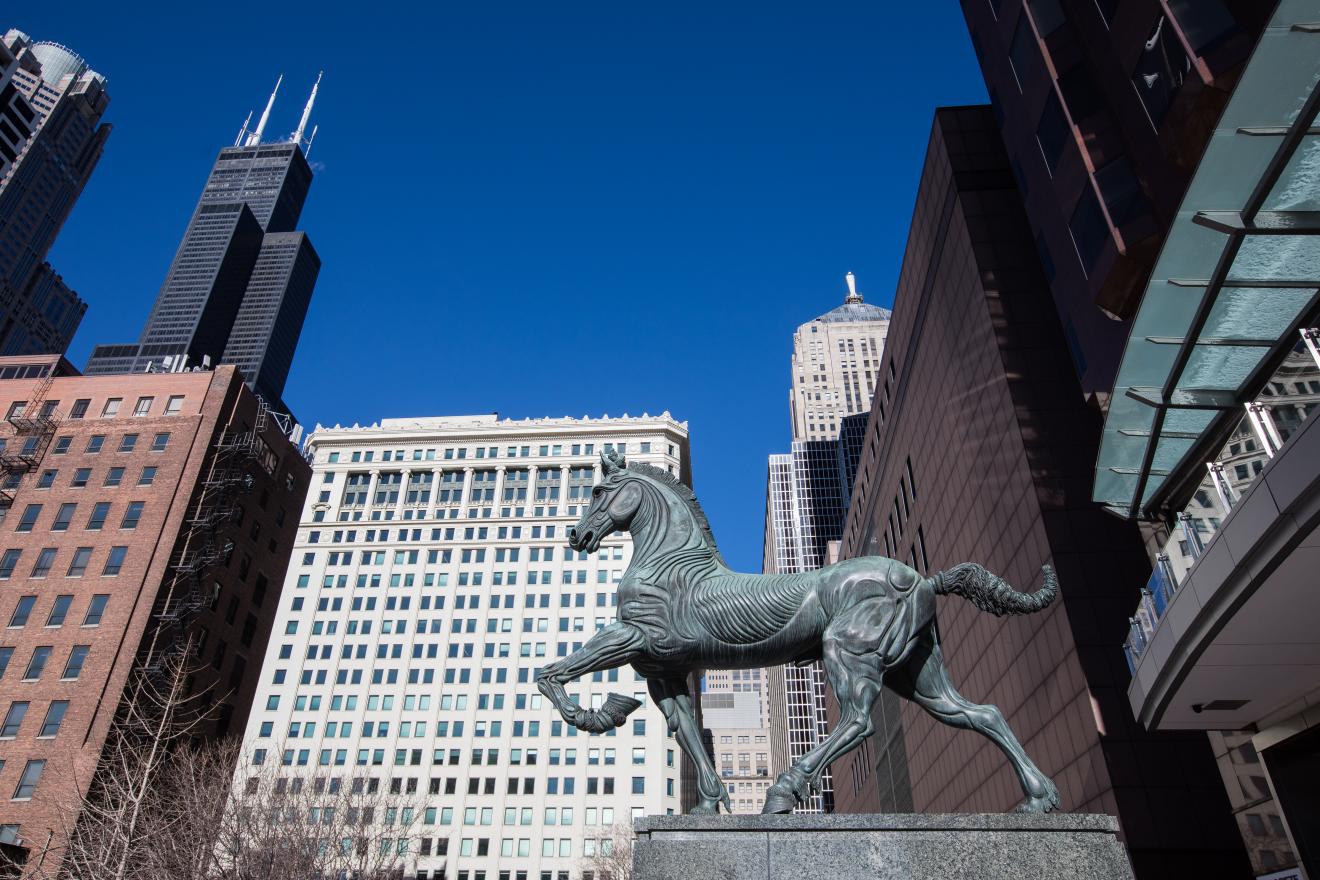 For those Loop workers who continue to return downtown, Chicago Loop Alliance has created a Back to Office Toolkit that can be found at LoopChicago.com/BacktoOffice. The toolkit includes insider tips for working downtown in the Loop for those who never left, as well as those who are returning or want to stay in the know. Find useful information on how to safely get downtown; what’s new in the Loop; what the Loop looks like these days; lunch and happy hour spots; and more. 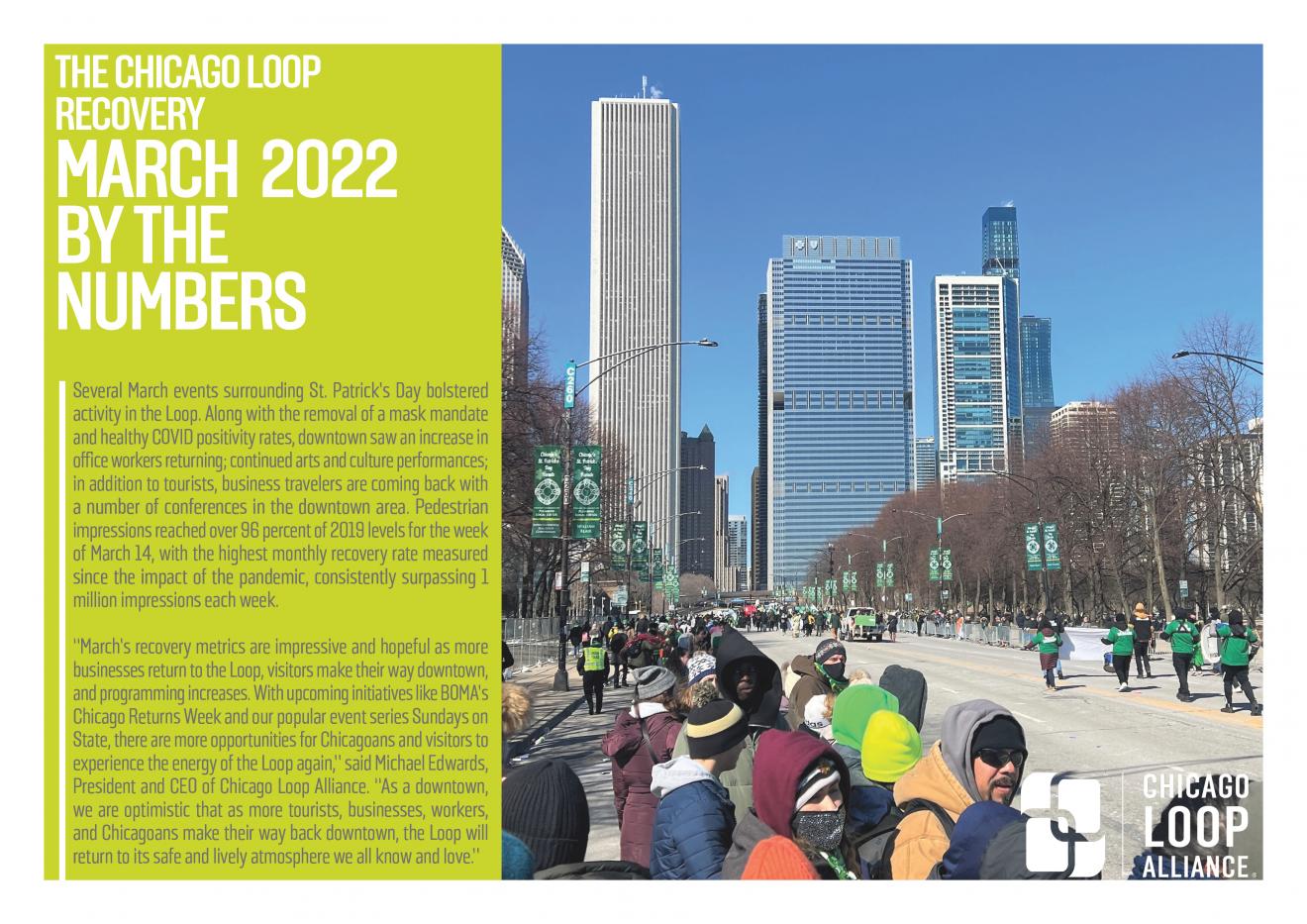 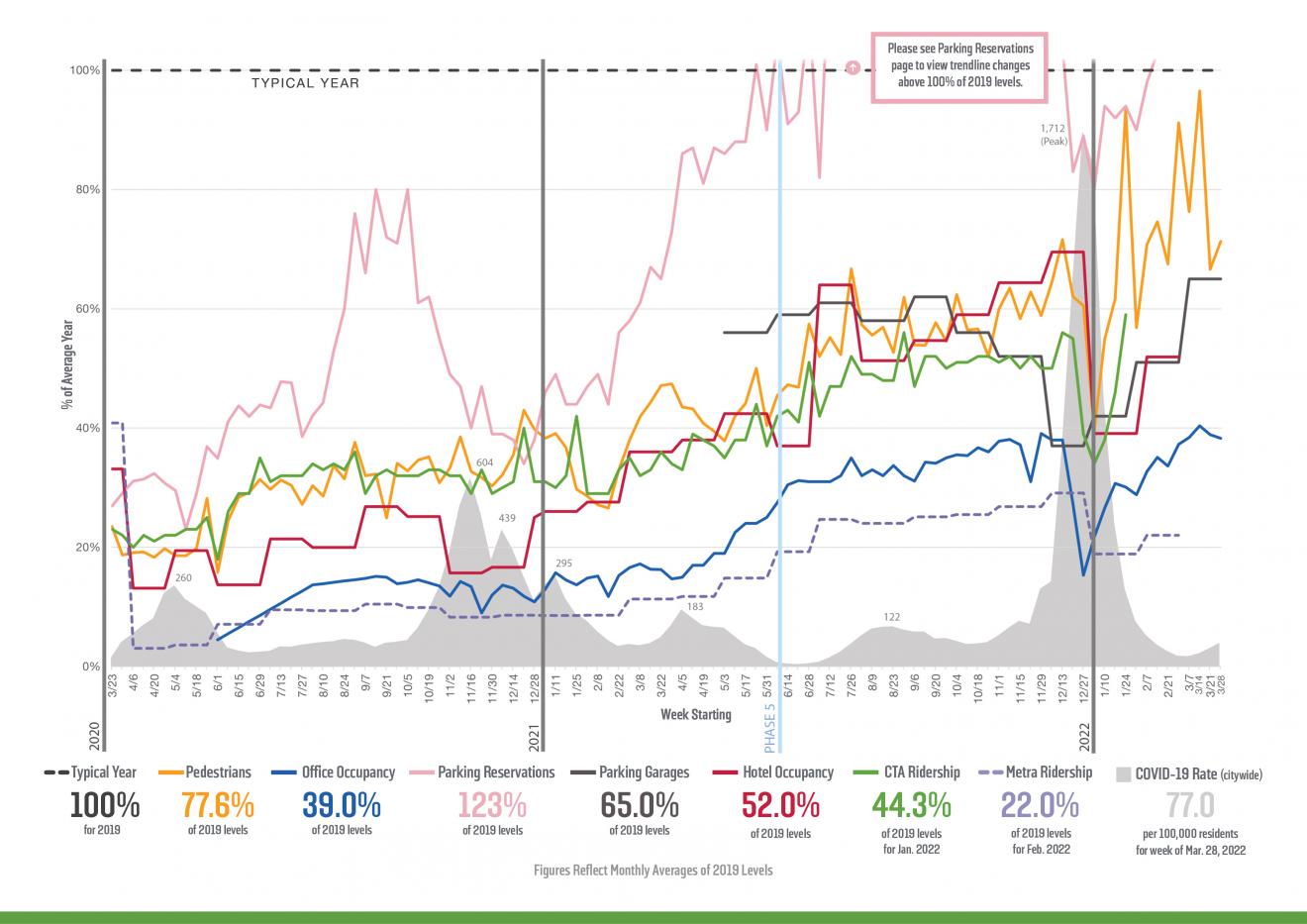 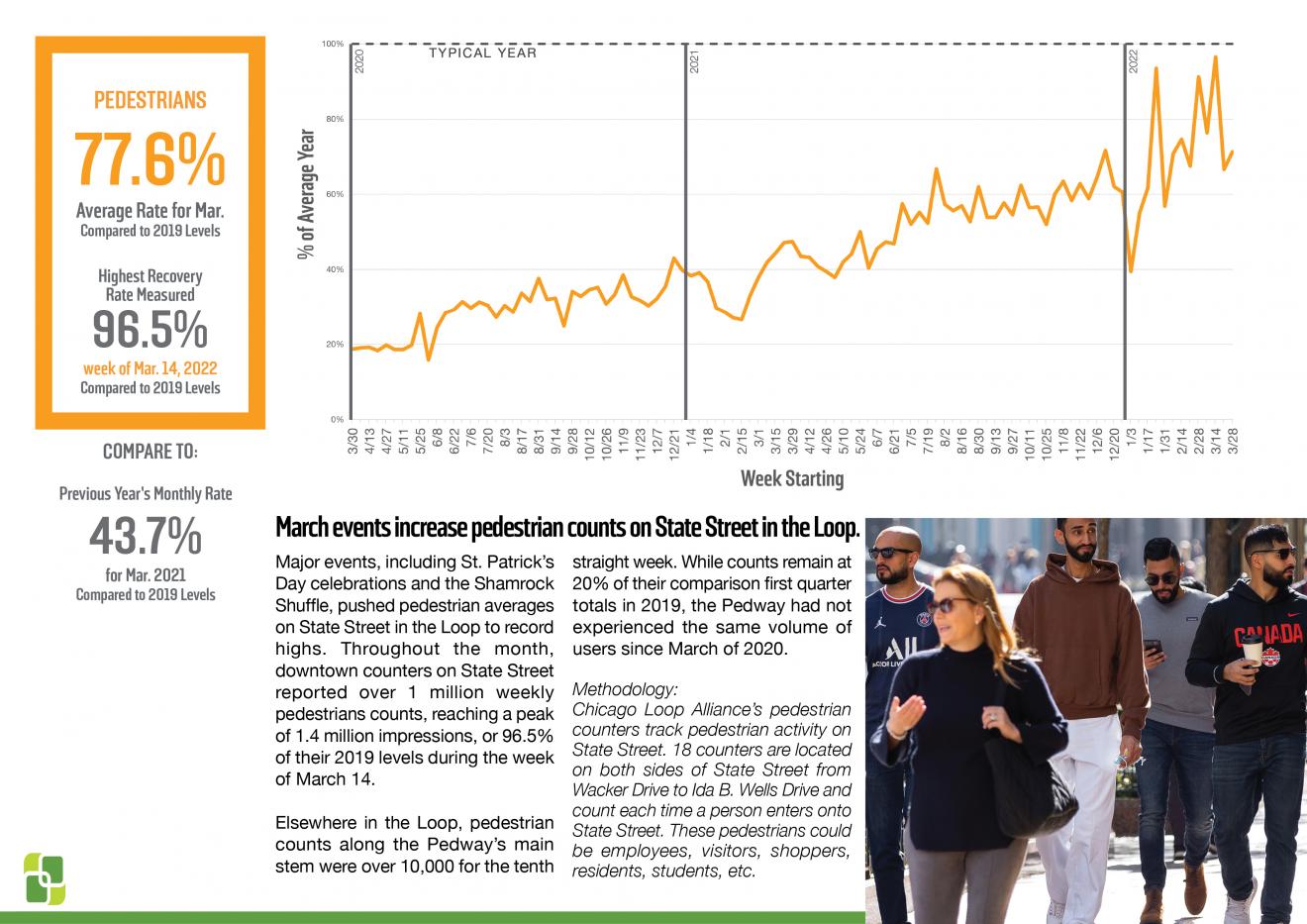 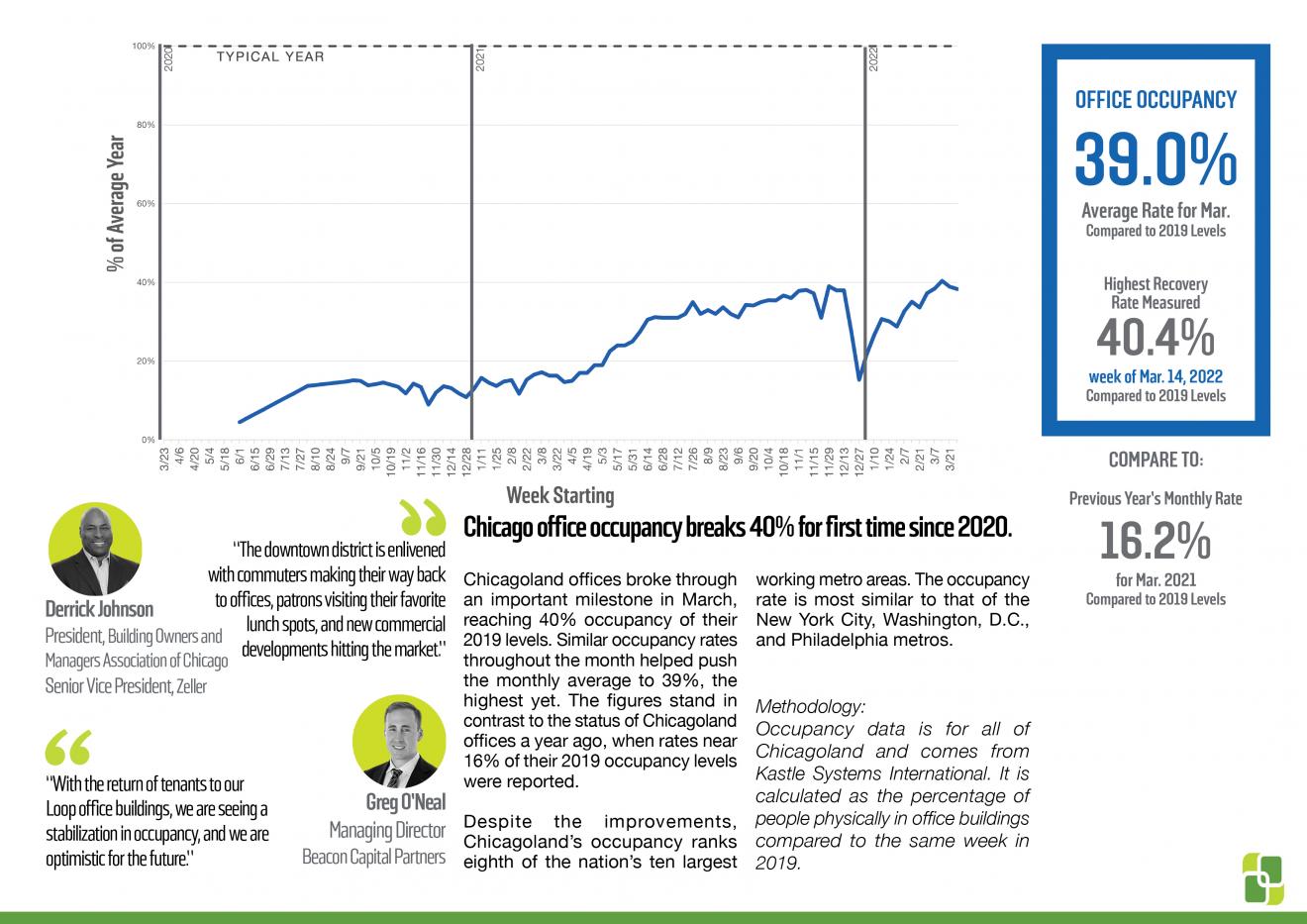 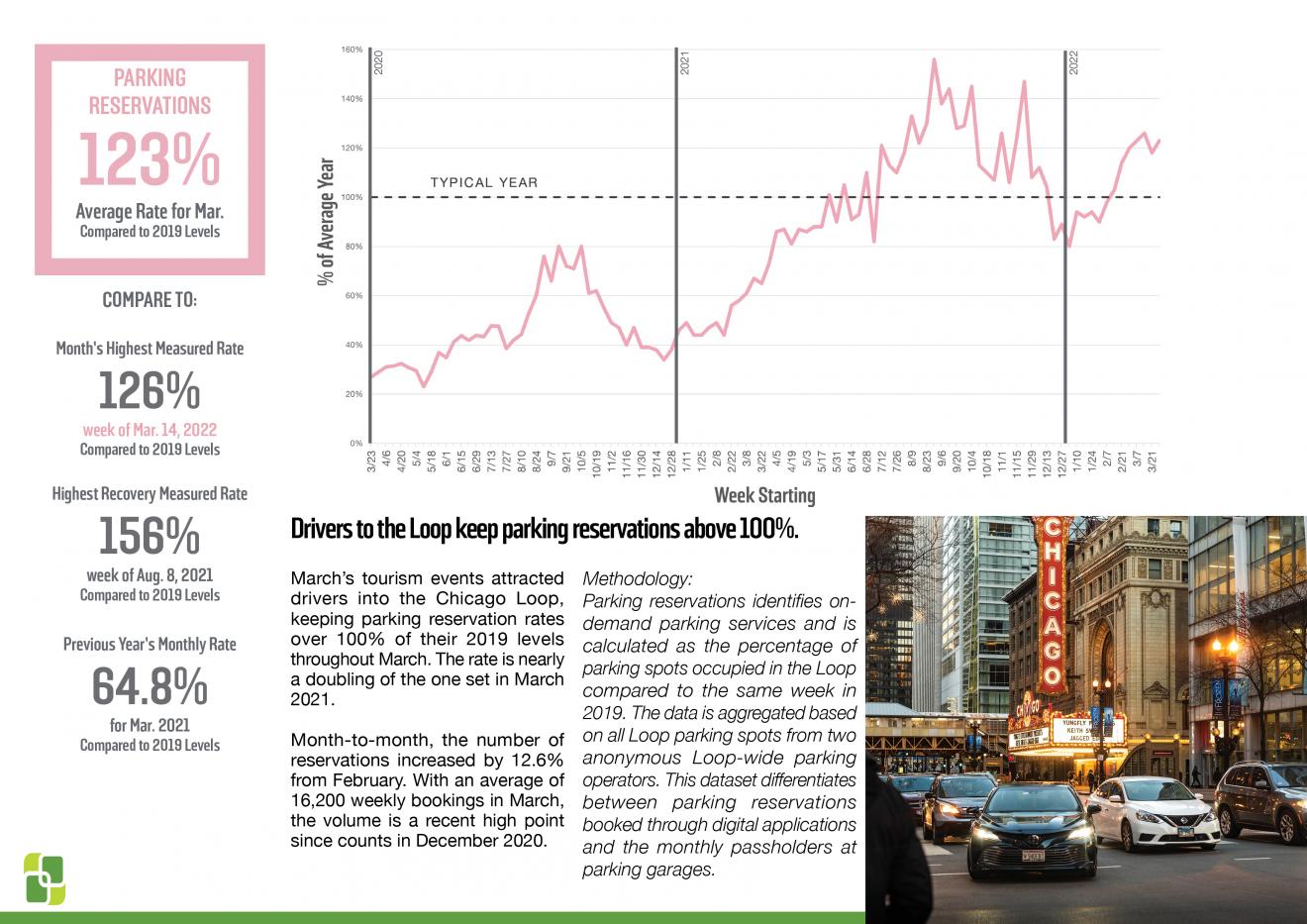 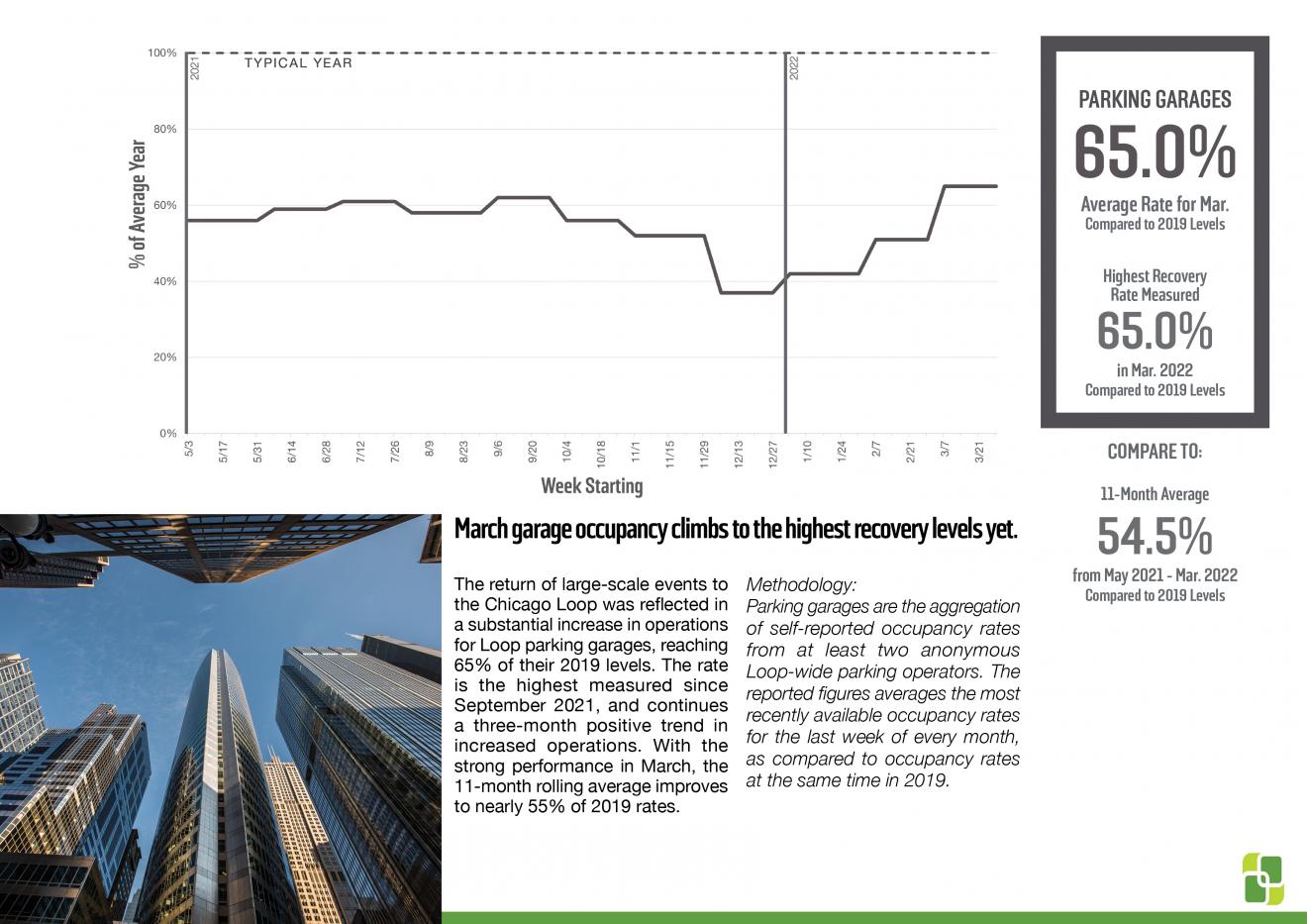 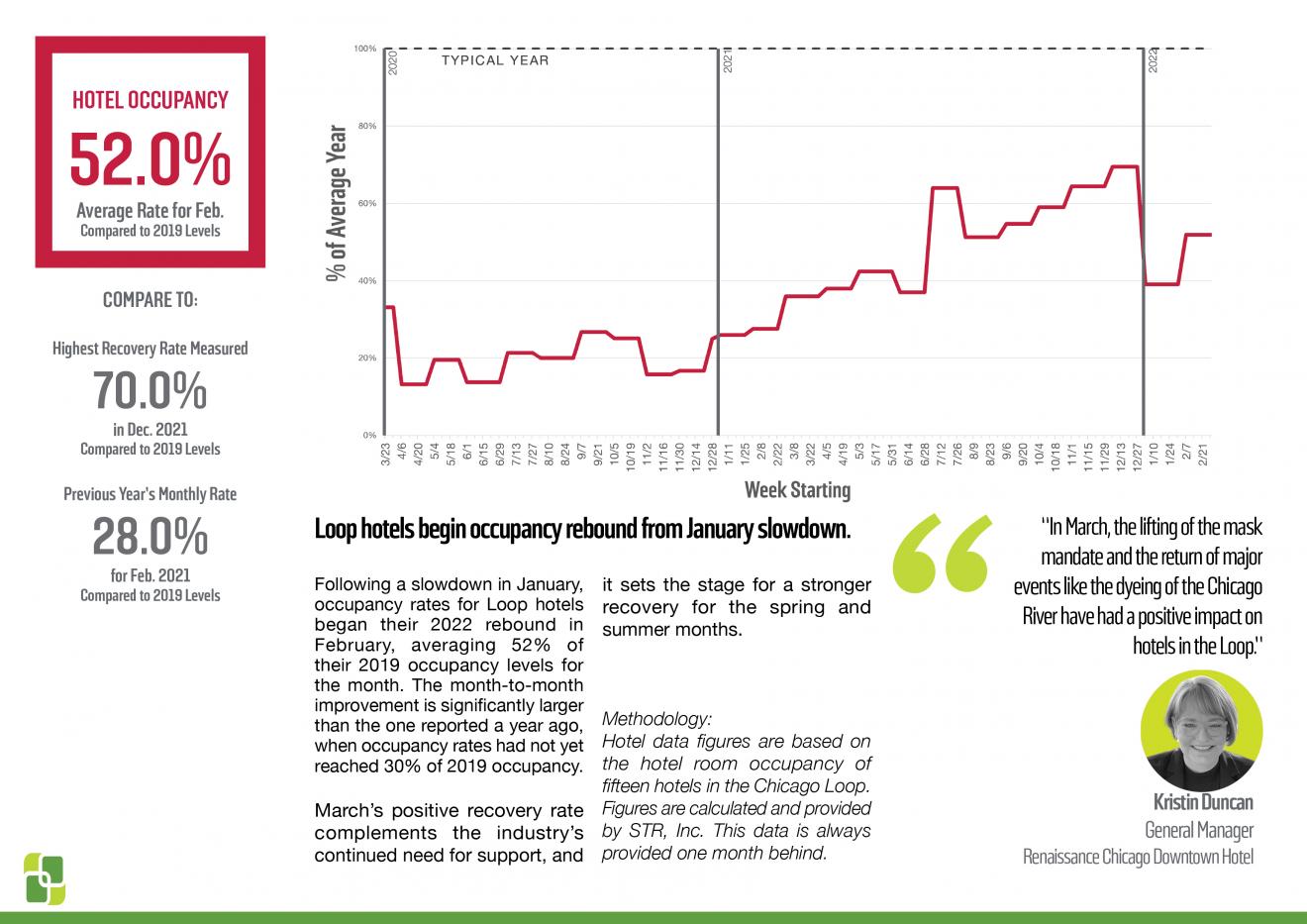 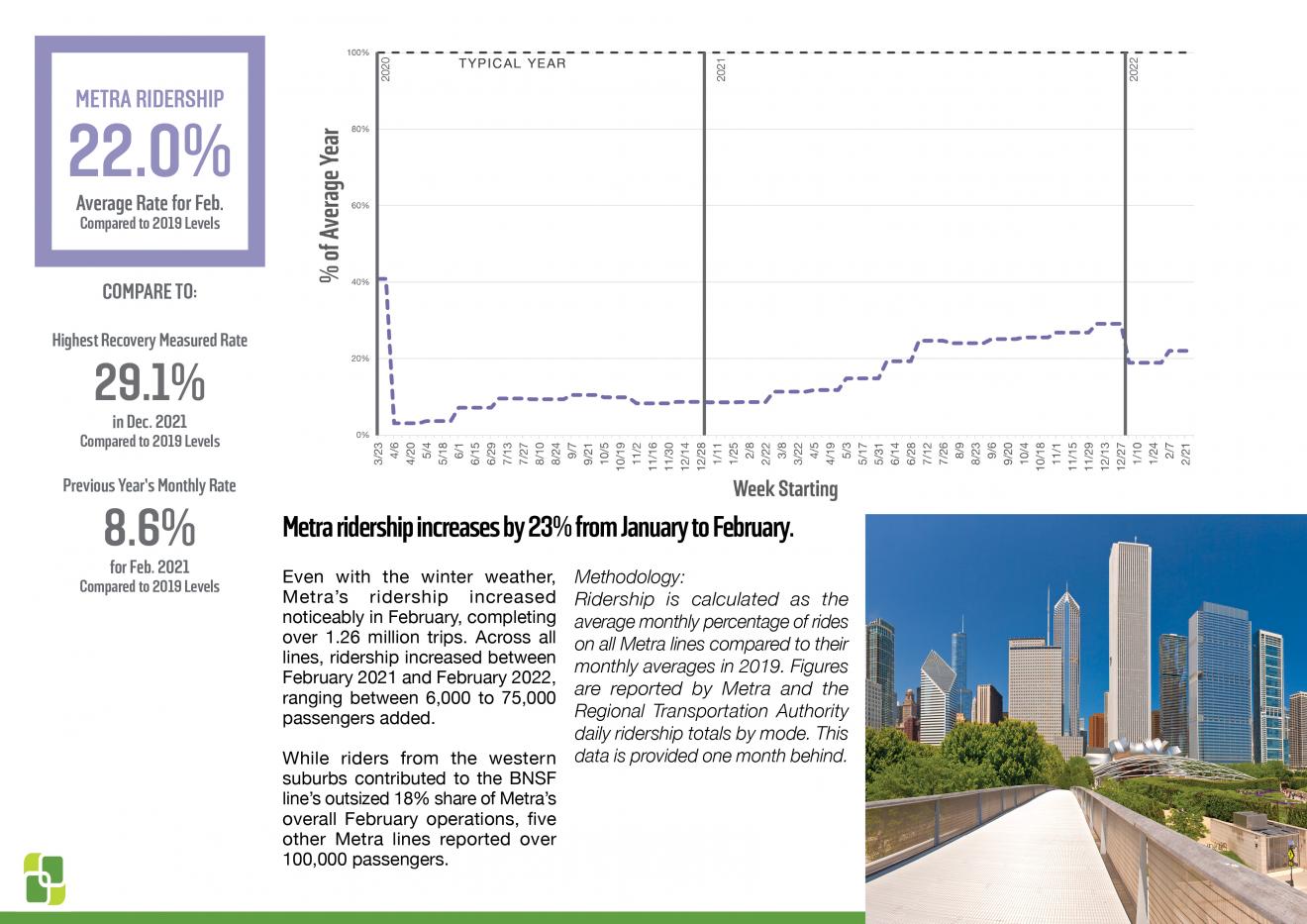 2 MIN READ – For four Sundays from July through September, Sundays on State will bring art, culture, active recreation, dining, shopping, and joy back to the city’s most iconic street:… Read More
Can't find what you're looking for?
Get travel inspiration, tips and exclusive offers sent straight to your inbox.