Posted  2 years ago  in  Then and Now, Arts and Culture, Trending

The Chicago Picasso in Daley Plaza may be the strangest of the Loop’s many artistic landmarks. Over 50 years ago, on May 25, 1967, ground was being broken on the iconic Loop fixture, with sketches of the statute causing much controversy. Today, with arts generating an annual economic impact of $250 million, we recognize that the Loop would not be the same without one of the first public art installations that encouraged artists to use this urban space as a canvas.

Pablo Picasso, undoubtedly one of the greatest sculptors in the history of the western world, received a poem in 1963 written by Richard Bennett, the architect of the Daley Center, urging Picasso to design a sculpture for the city of Chicago and offering a handsome commission of $100,000. Picasso characteristically refused the commission but accepted the task nonetheless, claiming he wanted it to be “a gift to the people of Chicago.” And so the Chicago Picasso—known as such because Picasso left it untitled—was constructed in Gary, Indiana and erected in Daley Plaza in August 1967, where it still stands to this day.

Interestingly enough, though, the famous sculpture was not the artist's first impact on the city of Chicago. In 2013, the Art Institute of Chicago celebrated the 100-year anniversary of its relationship with Picasso, as it was the first art museum in the United States to display the work of the young Picasso back in 1913. 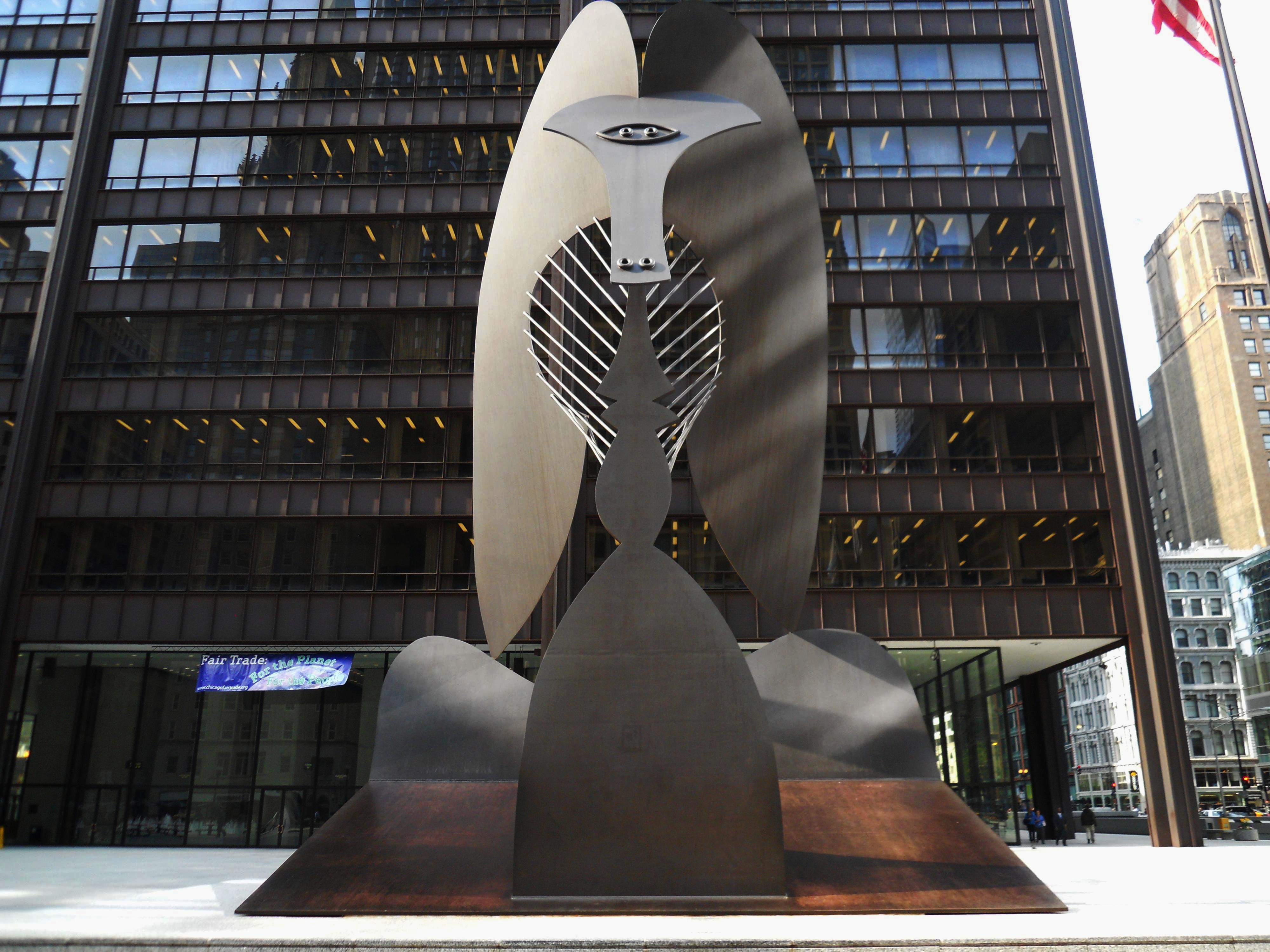 Picasso’s sculpture was immediately surrounded by controversy. What did it represent? Why did the city want something like this instead of, say, a depiction of a famous public figure? The former was never truly answered—and certainly not by the artist himself—though speculators have suggested it was inspired by anything from the Egyptian deity Anubis to Picasso’s pet Afghan Hound, or even perhaps a French woman with whom Picasso had a supposedly platonic relationship.

As for the city of Chicago's intent, Picasso’s popularity at the time suggests itself. While most sculptures in this artistic era depicted historical figures, a sculpture by someone like Picasso would doubtlessly improve tourism and Chicago’s cultural reputation around the world., especially when it came to the arts.

The Chicago Picasso stands tall and proud as one of the Chicago Loop’s most famous artistic landmarks, and remains a poignant example of the power public art has in positively shaping the image of a city in the public eye, as well as of the city of Chicago’s dedication to public art. Due to its central location in Daley Plaza, the Picasso appears in videos and photos of many Chicago Loop events, including the annual Christkindlmarket, various speeches, musical performances, and farmers markets. It has also appeared in a number of films set in Chicago.

Today, for Chicago Loop tourists, workers, residents, and students alike, Picasso's bold, striking work sparks memories of great things past and anticipations of greater things to come. Though we will never know exactly what the sculptor himself had in mind, perhaps, in the end, those memories and those hopes for the future were Picasso’s real gift to the people of this great city. 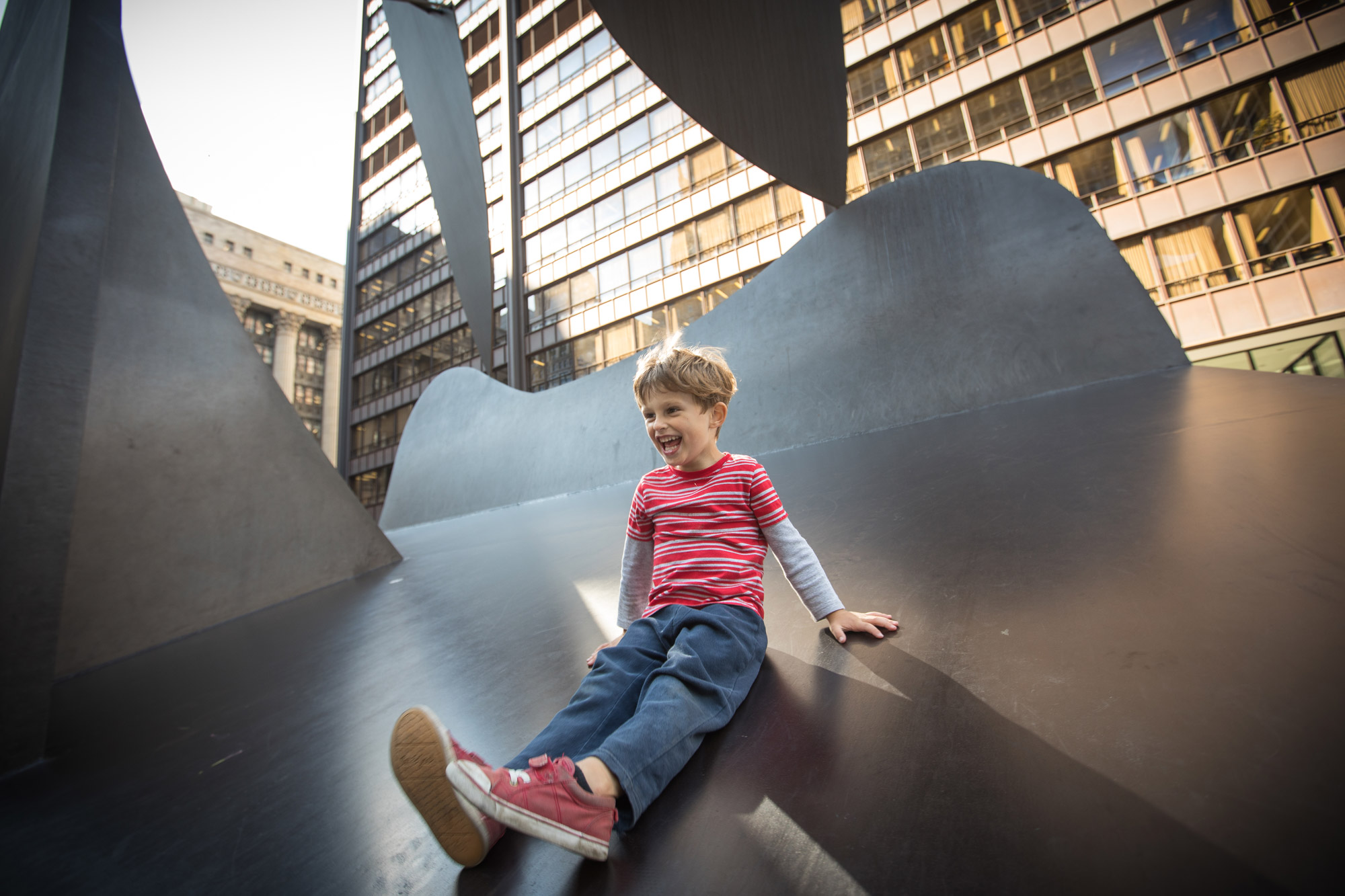 4 MIN READ - Chicago has weathered many difficult moments in its history and, each time, it has emerged stronger. With the city under a stay-at-home order for the foreseeable future... Learn More

2 MIN READ - Like an outdoor museum, the Chicago Loop is host to a stellar public art collection. Learn More
Can't find what you're looking for?
Get travel inspiration, tips and exclusive offers sent straight to your inbox.