“We are pleased to see, through our pedestrian data and attendee surveys, that all of our goals for Sundays on State are being met,” said Chicago Loop Alliance President and CEO Michael Edwards. “We hoped this event would accelerate the economic recovery of the Loop, unite the community and create joy, and it is proving to do just that and more.”

According to hundreds of survey responses from these July events, Sundays on State attendees:

In addition to events in July, Chicago Loop Alliance hosted Sundays on State on Aug. 8, with four more Sundays to go in the series—Aug. 22 and 29 and Sept. 5 and 12 (no event on Aug. 15). Sundays on State sees Chicago’s most iconic street, State Street, closed to traffic from Lake to Madison for a free, interactive block party featuring art, culture, active recreation, shopping, food, drinks and local attractions. Learn more and sign up to attend at LoopChicago.com/SundaysOnState. 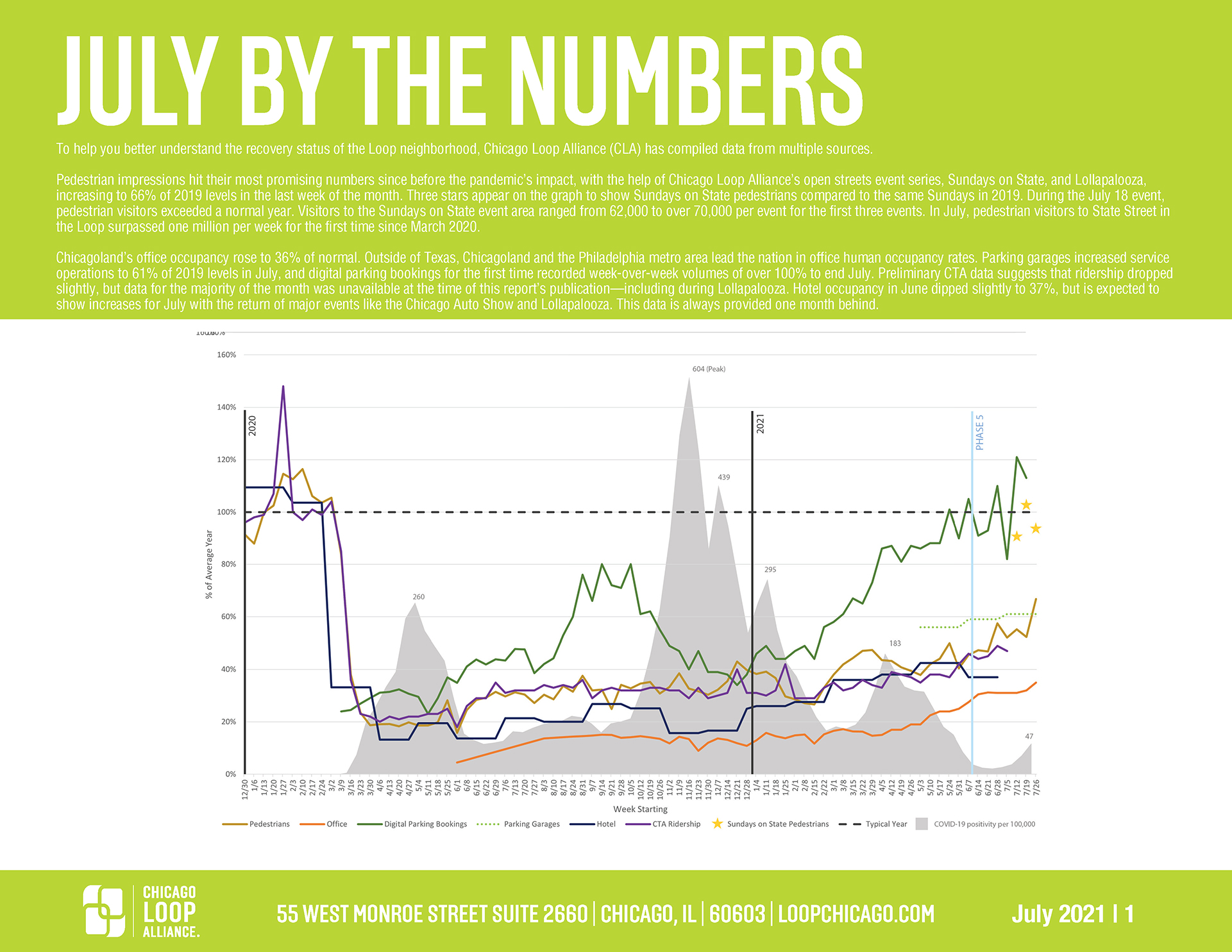 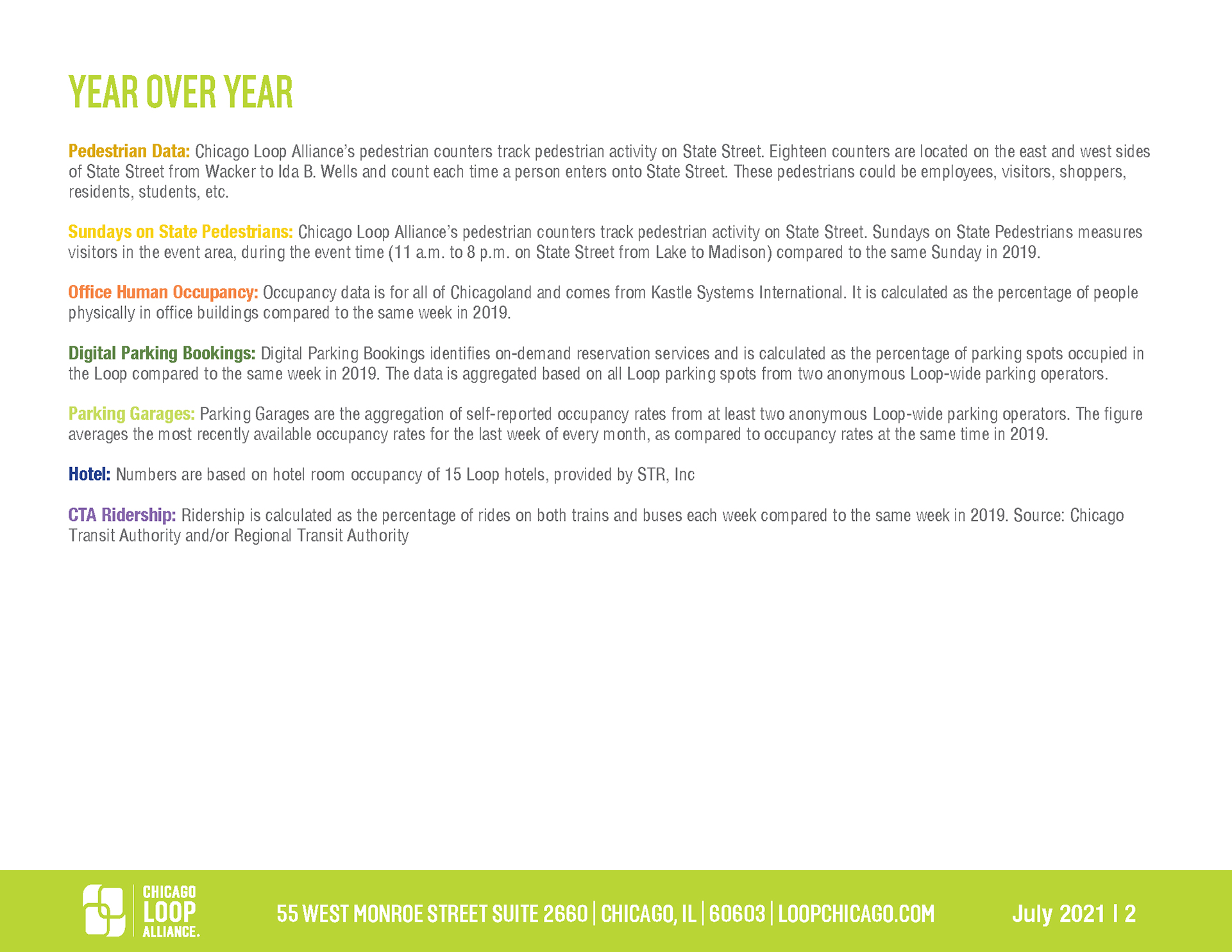 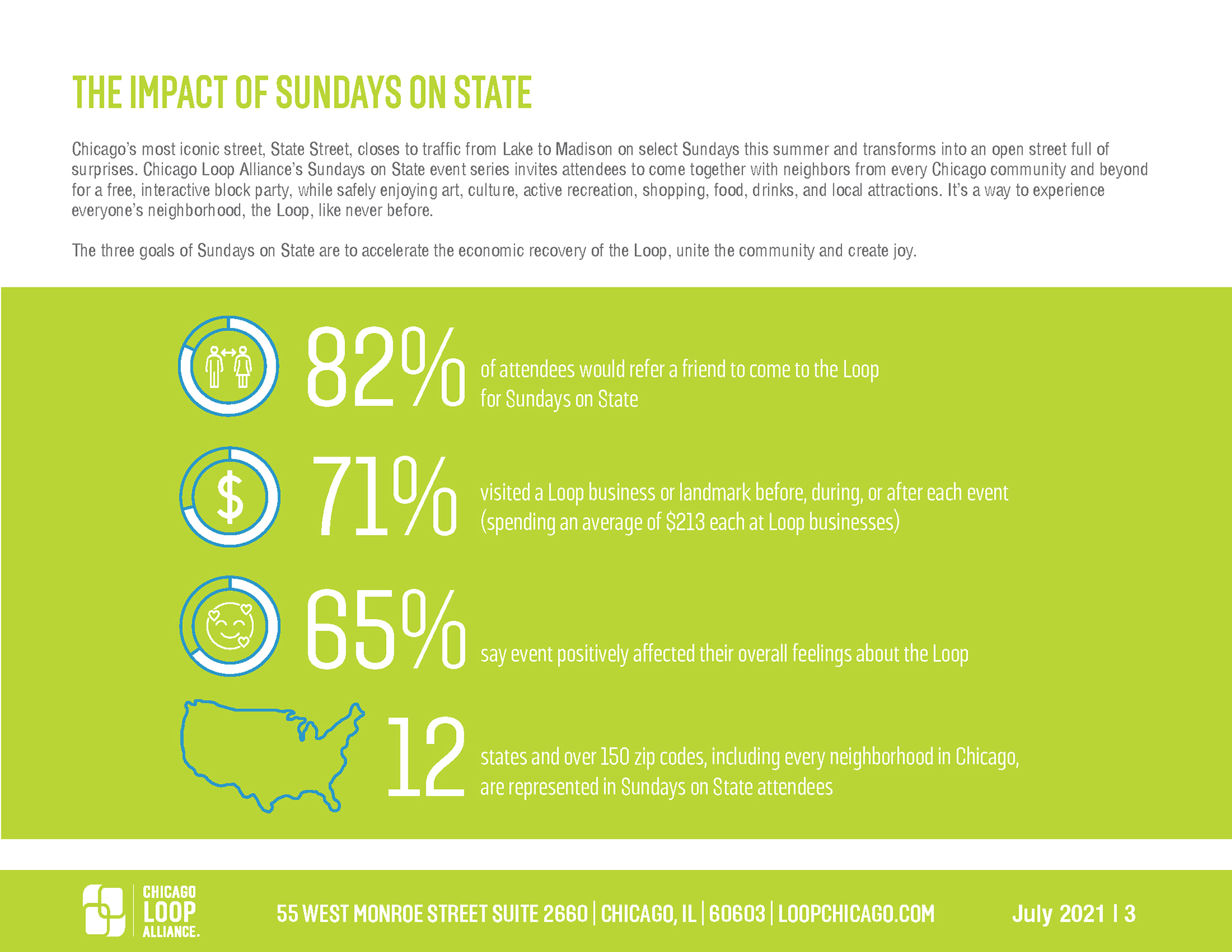