CHICAGO—Since July, Chicago Loop Alliance has been collecting monthly survey data from its member businesses and stakeholders to track operations during COVID-19, and today released its January report. View the full January report here. Some highlights include:

“With Chicago’s move into Tier 1 Mitigations and then Phase 4 at the very end of January, we saw some improvement in business operations in the Loop,” said Chicago Loop Alliance President and CEO Michael Edwards. “But with two major snow events, the Loop still did not have enough people in it to adequately support its storefront economy. We’re hopeful the continued rollout of the COVID-19 vaccines and a reopening plan for Chicago Public Schools will bring more people back to the Loop.” 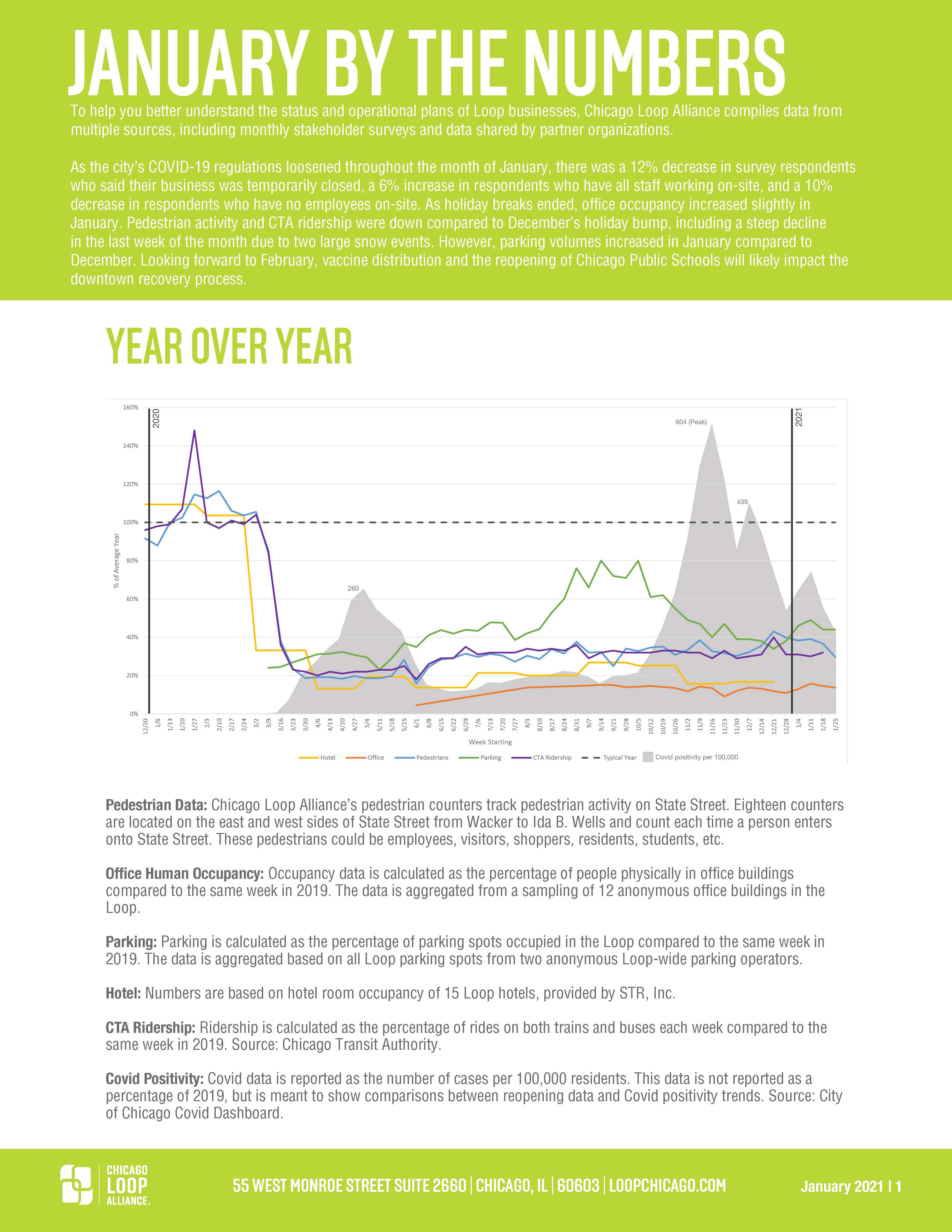 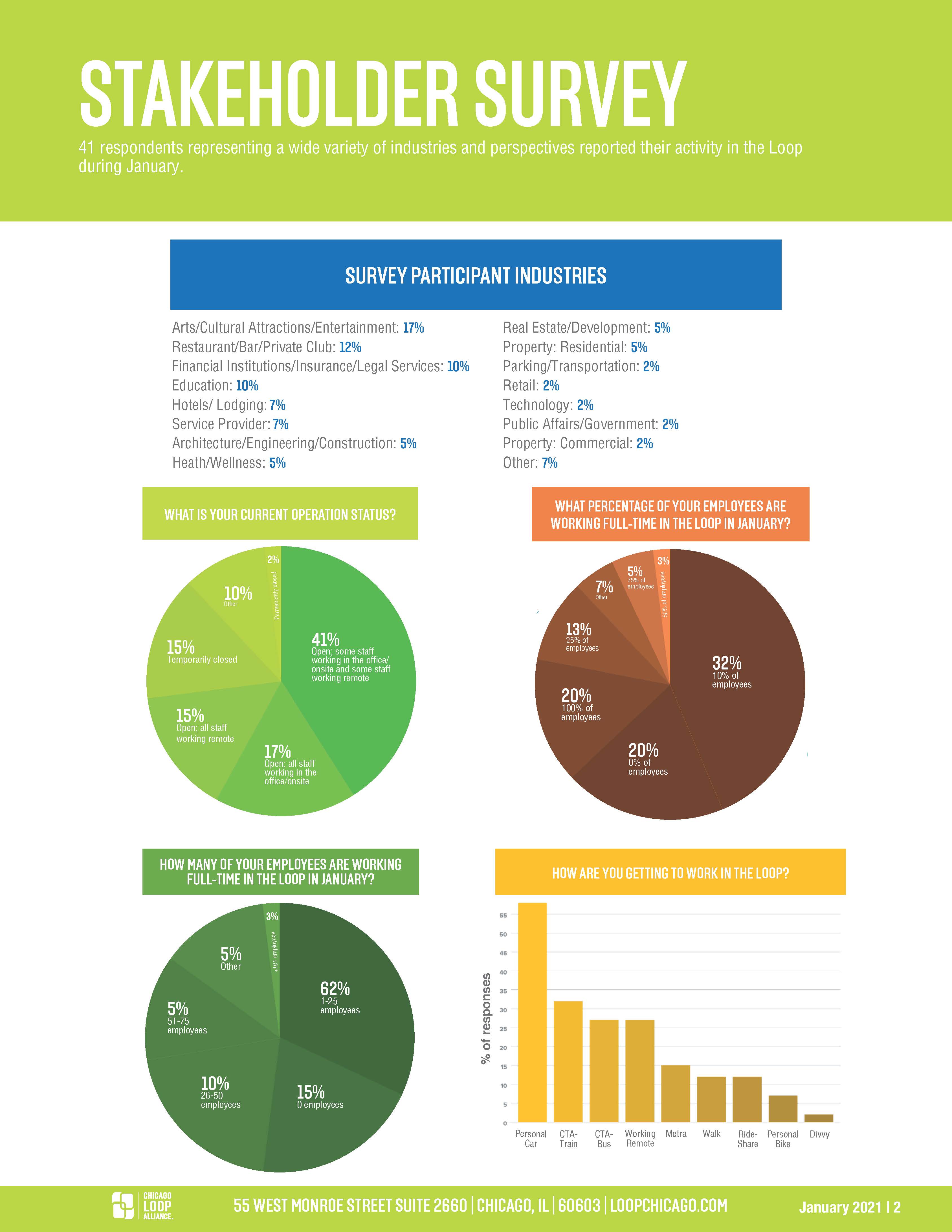 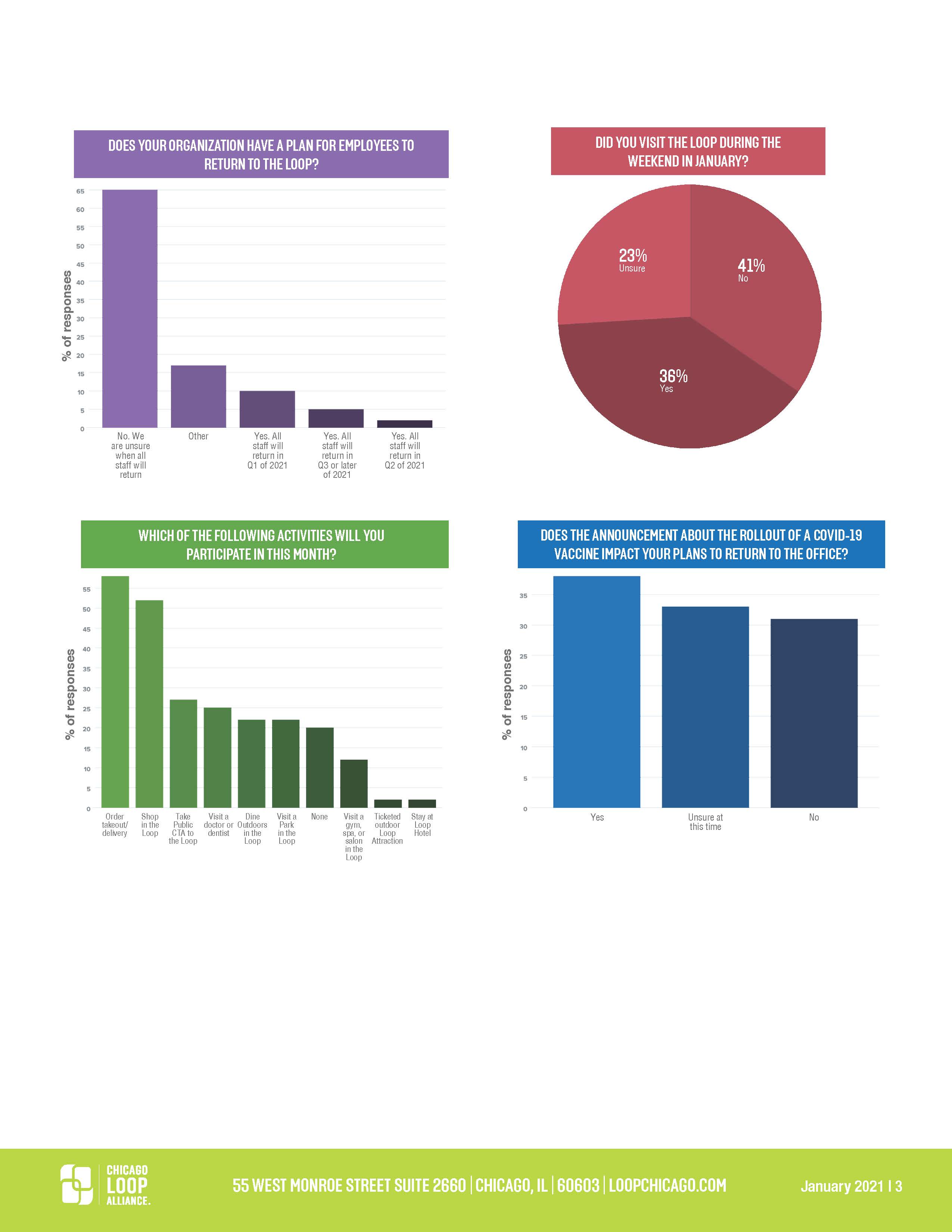