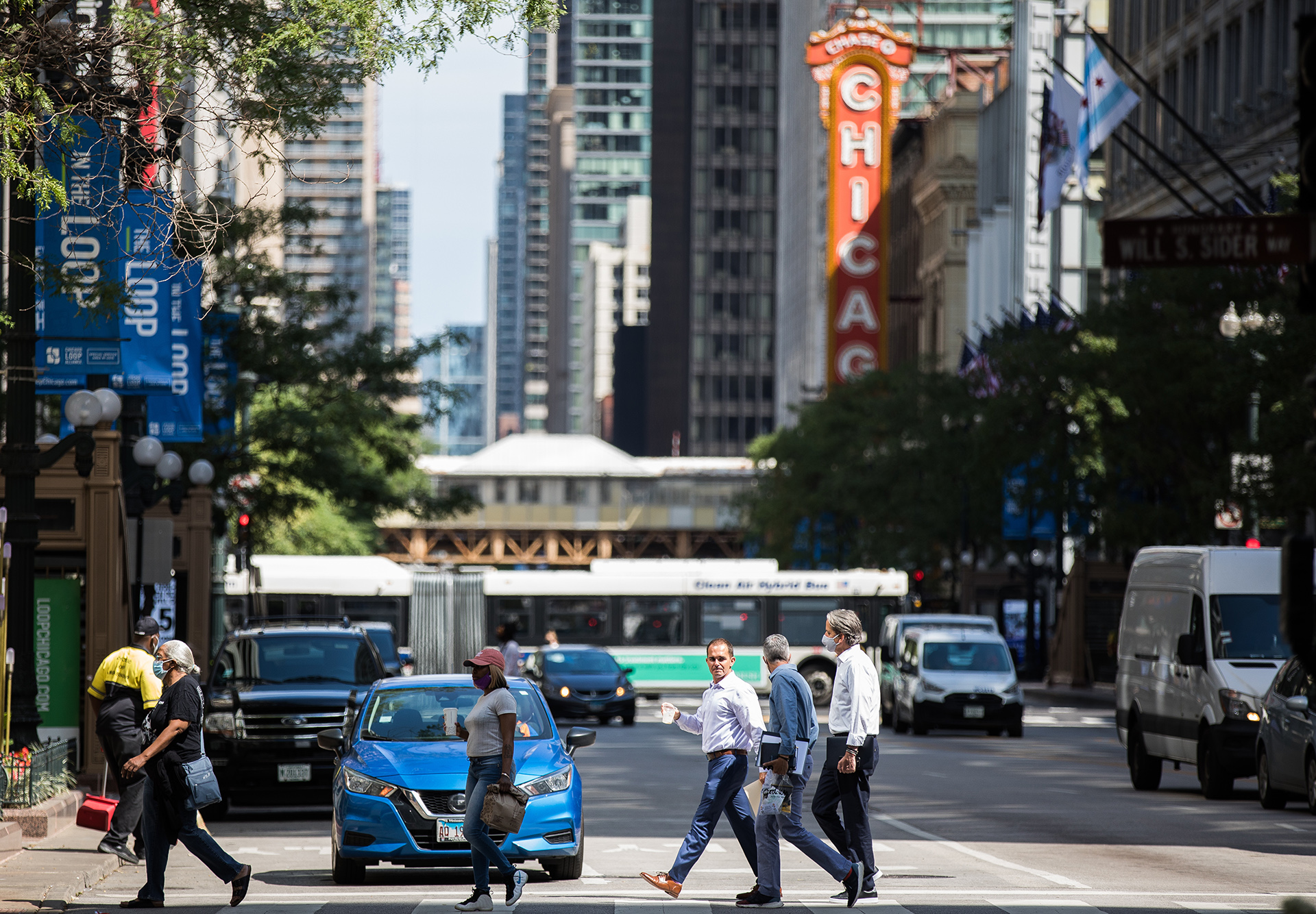 “Not only are we seeing a rise in all the usual metrics we track, but we’re also seeing increased vehicle traffic on State and Michigan in the Loop, and O’Hare and Midway airports are reporting great improvements to their passenger numbers,” said Chicago Loop Alliance President and CEO Michael Edwards. “We’re hearing anecdotally from hotel operators that they pretty much hit capacity over the July Fourth weekend, and pedestrian impressions are on track to hit 1 million per week in July. Pedestrian data near the Art Institute of Chicago has been promising already, likely due to their great Monet and Obama Portraits exhibits. And we expect Sundays on State to have a huge impact on Loop activity moving forward.”

Despite the rainy weather, Chicago Loop Alliance hosted its first Sundays on State event on July 11, with seven more Sundays to go in the series through Sept. 12 (no events on Aug. 1 or 15). Sundays on State sees Chicago’s most iconic street, State Street, closed to traffic from Lake to Madison for a free, interactive block party featuring art, culture, active recreation, shopping, food, drinks and local attractions. Learn more and sign up to attend at LoopChicago.com/SundaysOnState. 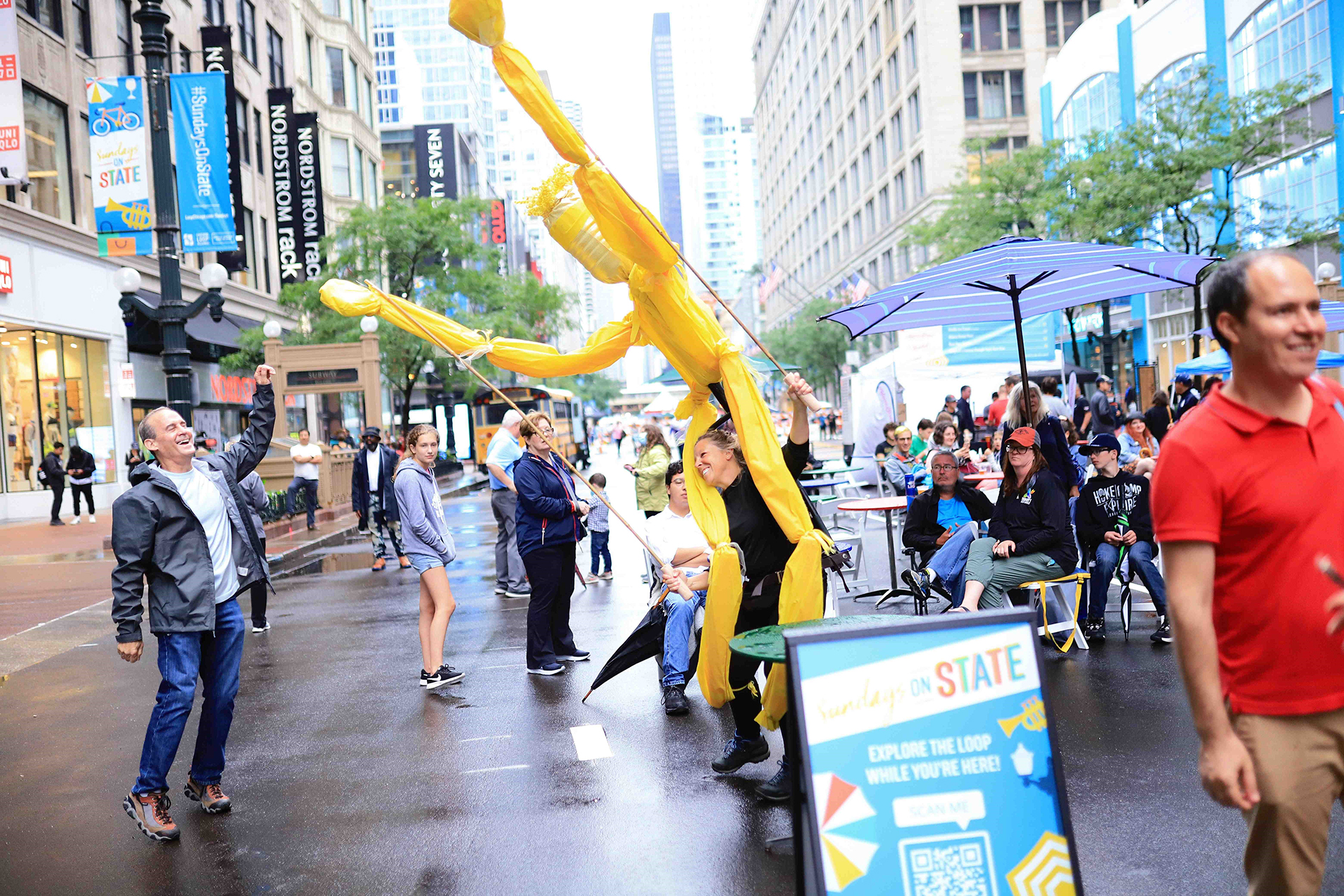 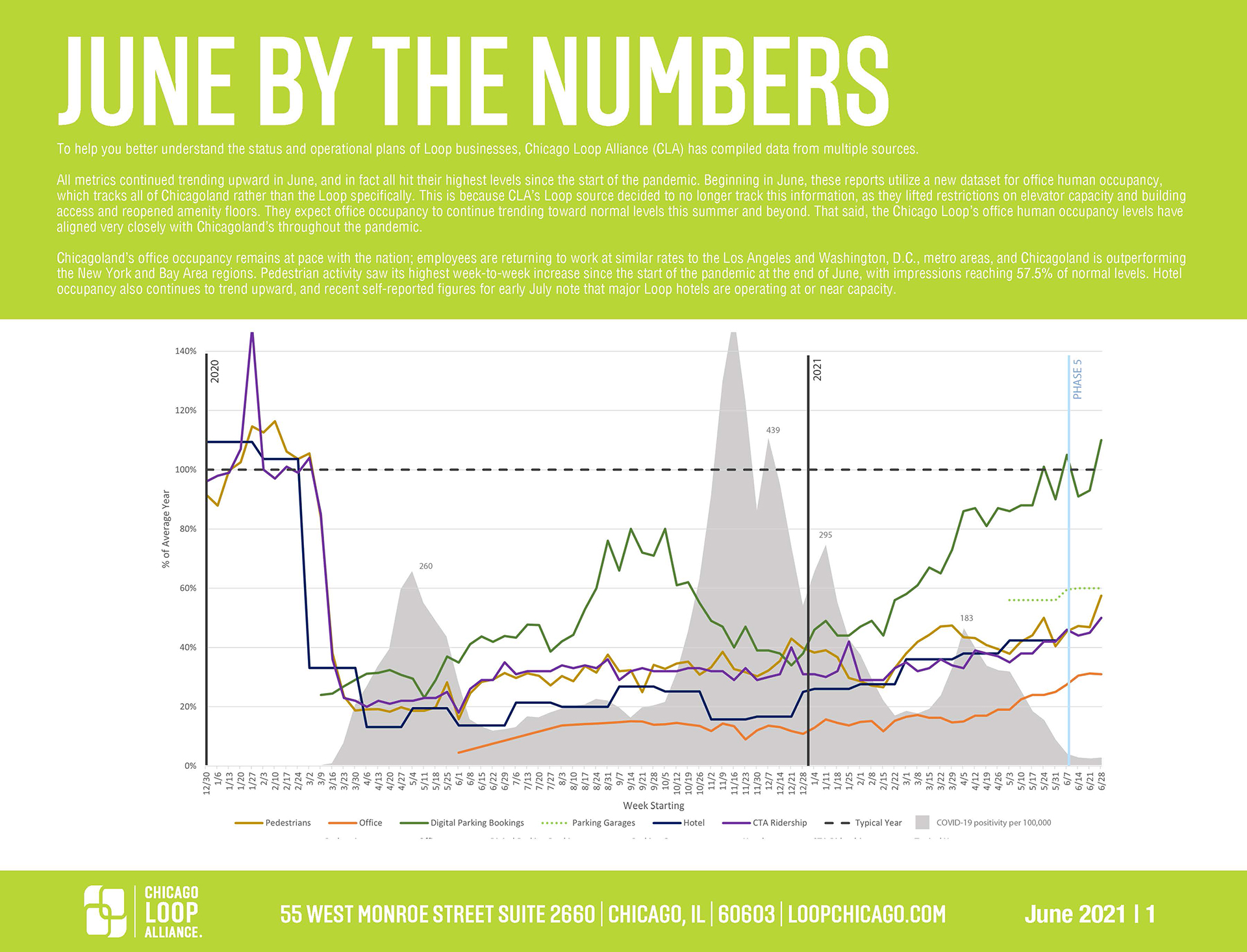 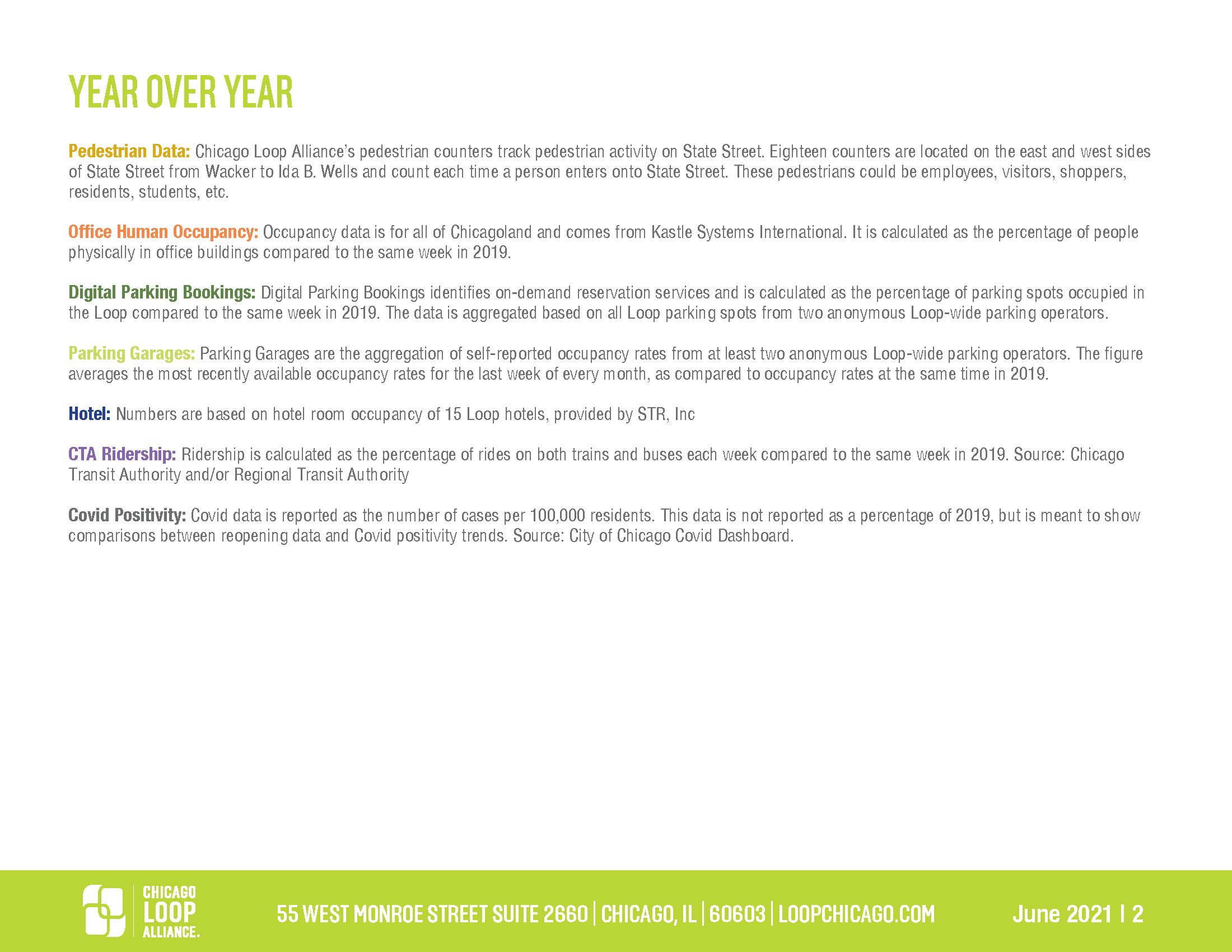 May data shows workers returning to offices in the Loop

2 MIN READ -- Since July, Chicago Loop Alliance has been collecting monthly survey data from its member businesses and stakeholders to track operations during COVID-19, and today released its May report. Learn More

Chicago’s most iconic street, State Street, will close to traffic from Lake to Madison on select Sundays this summer and transform into an open street full of surprises. Learn More
Can't find what you're looking for?
Get travel inspiration, tips and exclusive offers sent straight to your inbox.