Posted  24 months ago  in  Trending

Artistic Director Robert Falls and Executive Director Roche Schulfer announce “Our Next Act”—Goodman Theatre’s 2021 Season of eight plays on its two stages (the 856-seat Albert Theatre and 350-seat flexible Owen Theatre) scheduled to begin when it is deemed safe for audiences, artists, and staff. The Membership line-up includes newly announced plays plus rescheduled works that were postponed due to COVID-19. One postponed work, Falls’ production of Molly Sweeney, has been cancelled. Details regarding the 43rd annual production of A Christmas Carol, which is not included on Goodman Membership, will be released soon. Memberships to the upcoming season are now available, including the “Whenever Membership” flexible package. A five-play Membership package starts at $100 and can be purchased online. Single tickets will be available at a later date.

“We can’t wait to welcome back our audiences for our dynamic 2021 Season that exemplifies the very best of our art form,” said Artistic Director Robert Falls. “As we continue to prioritize the health and safety of our artists and audiences, we remain flexible in our planning and will share production dates when the time is right.”

the ripple, the wave that carried me home
By Christina Anderson
Directed by TBA
Co-Production with Berkeley Repertory Theatre
In the Owen Theatre | A WORLD PREMIERE

Janice’s parents are prominent activists fighting for the integration of public swimming pools in 1960s Kansas. As injustice penetrates the warm bubble of her childhood, Janice grows apart from her family and starts a new life far away. When she receives a call asking her to speak at a ceremony honoring her father, she must decide whether she’s ready to reckon with her political inheritance and a past she has tried to forget. A deeply moving story about justice, legacy, memory and the ultimate challenge of forgiveness.

School Girls; Or, The African Mean Girls Play
By Jocelyn Bioh
Directed by Lili-Anne Brown
In the Albert Theatre | A CHICAGO PREMIERE

This biting and buoyant comedy was playing in the Albert Theatre when our stages went dark. Streamed by more than 4,000 people from over 25 countries during our “intermission,” School Girls will have a triumphant return you won’t want to miss. As the reigning queen bee at Ghana’s most exclusive boarding school sets her sights on the Miss Universe pageant, a new student unexpectedly changes the game. This “nasty-teen comedy, wonderfully refreshed and deepened” (The New York Times) spotlights the universal similarities—and glaring differences—of teenage girls around the globe. 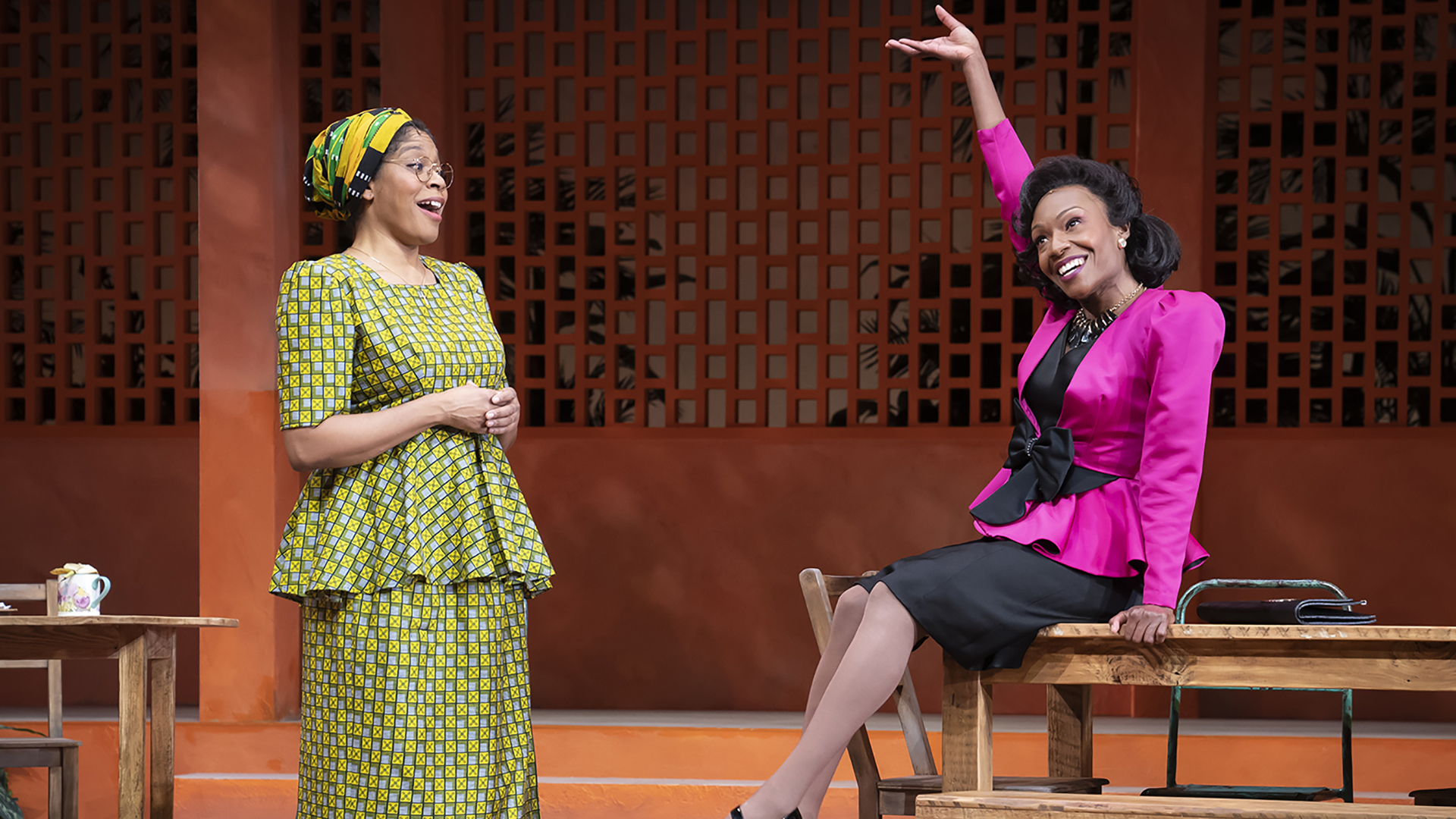 Virtuoso Hershey Felder takes us on a personal journey as he explores the life and music of Impressionist composer Claude Debussy. From the sweeping “La Mer” to the evocative “Prélude à l’après-midi d’un faune” and the mystical “Clair de lune,” you won’t want to miss this soaring tribute to a visionary.

Familia, amor and tradiciόn are at the heart of this hilarious and heartwarming new comedy about the freedom to dream big. Lucha spends her days caring for her ailing mother, but longs to shake up her 1970s home life. When a forgotten record album sparks her mother’s memory, Lucha and her cousin strike upon a radical idea: to create an all-female mariachi band. Infused with live mariachi music, this “big-hearted, musical tug at the heartstrings” (Denver Post) reveals how music and love can make just about anything possible. 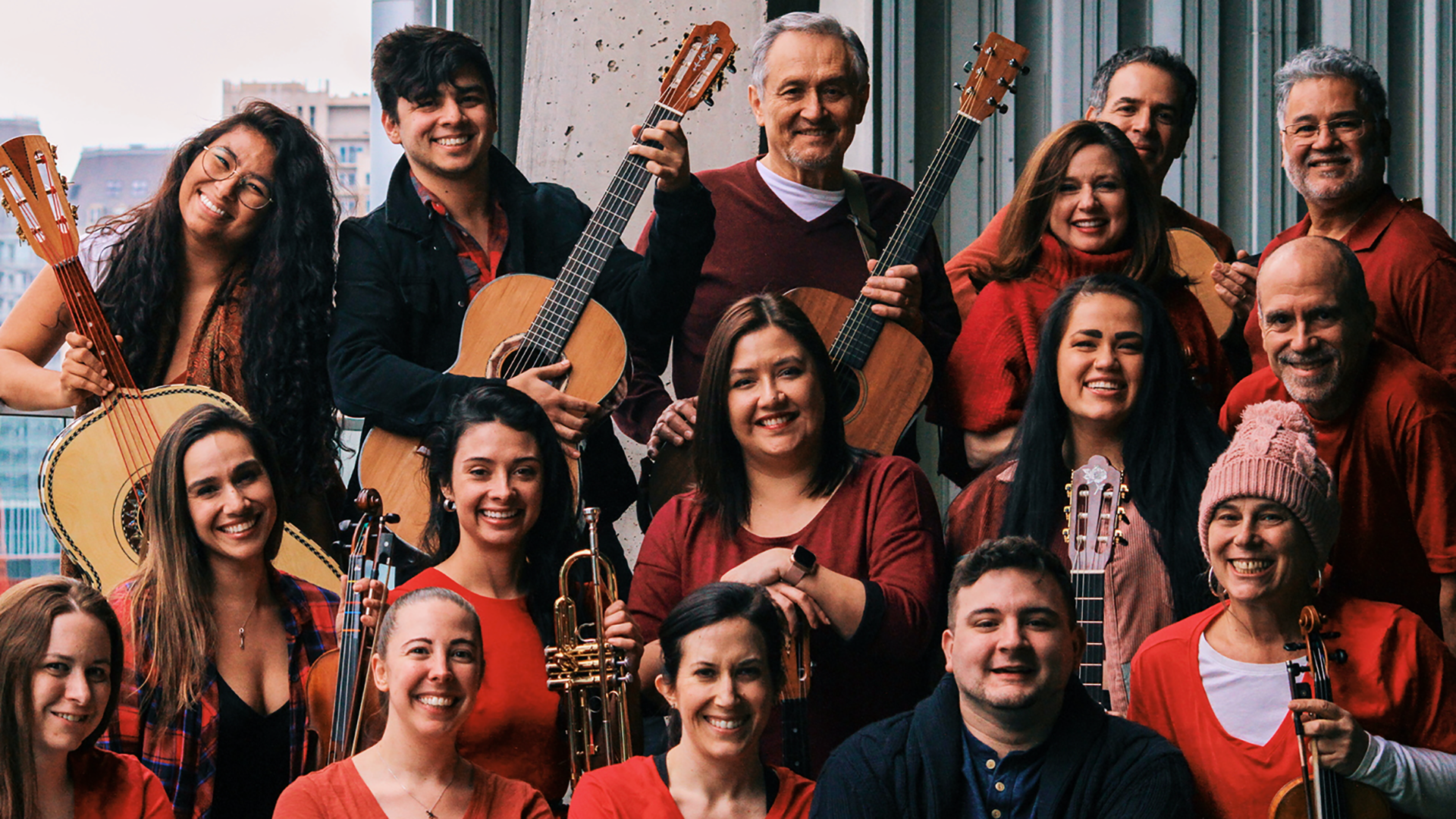 The Outsiders
Based on the Novel by S.E. Hinton and Francis Ford Coppola’s Motion Picture
Book by Adam Rapp
Music and Lyrics by Jamestown Revival (Jonathan Clay and Zach Chance) and Justin Levine
Music Supervision, Arrangements and Orchestrations by Justin Levine
Choreography by Lorin Latarro
Directed by Liesl Tommy
In the Albert Theatre | A WORLD PREMIERE

The story that defined a generation is reimagined in a groundbreaking musical for a new generation. In 1967 Tulsa, Oklahoma, the hardened hearts, aching souls and romantic dreams of Ponyboy Curtis, Johnny Cade and their band of greasers take center stage in a fight for purpose and a quest for survival. Based on S.E. Hinton’s seminal novel and Francis Ford Coppola’s iconic film, and directed by Tony nominee Liesl Tommy with a book by Pulitzer Prize finalist Adam Rapp, The Outsiders features a score by acclaimed Austin-based rock duo Jamestown Revival and Justin Levine.

Fannie
By Cheryl L. West
Directed by Henry Godinez
In the Owen Theatre | A WORLD PREMIERE

How ‘woke to the vote’ are we in 2020? This electrifying, immersive call to action is inspired by the life of famed civil rights activist Fannie Lou Hamer—whose courage, humor and grit reminds us there’s courage in the face of fire, hope in tomorrow and that we all have a stake in our country. Performed and sung by Chicago’s own E. Faye Butler, this passionate rally cry—part spiritual revival, part political call to action—defines what it means to be a true revolutionary. A world premiere commissioned by the Goodman and Seattle Repertory Theatre, Fannie appeared in the Goodman’s 2019 New Stages Festival.

It’s 1958, and Jack Paar hosts the hottest late-night talk-show on television. His favorite guest? Character actor, pianist and wild card Oscar Levant. Famous for his witty one-liners, Oscar has a favorite: “There’s a fine line between genius and insanity; I have erased this line.” Tonight, Oscar will prove just that when he appears live on national TV in an episode Paar’s audience—and the rest of America—won’t soon forget. Good Night, Oscar explores the nexus of humor and heartbreak, the ever-dwindling distinction between exploitation and entertainment, and the high cost of baring one’s soul for public consumption. Emmy Award winner Sean Hayes (Broadway’s Promises, Promises, NBC-TV’s Will & Grace) stars in the title role.

Leonardo da Vinci strove to know the world equally through artistic and scientific means. There was no limit to his curiosity, nor to his tenacity in seeking answers. This poetic portrayal of one of history’s most imaginative minds returns to the Goodman nearly three decades after it burst onto the stage in a career-catapulting production for adaptor/director Mary Zimmerman. In a production composed entirely of words from his notebooks and treatises, da Vinci’s ideas on topics from mathematics, anatomy and engineering, to philosophy, love and the human spirit come to vivid life.

3 MIN READ – KEY This Week in Chicago, one of Chicago’s oldest and most iconic publications, distributed as a free weekly guide for hotel guests, celebrates its 100th anniversary... Learn More

The Chicago Loop has been hit hard on many fronts this year. Pedestrian foot traffic is still down by about 70% from normal levels. So, you might be wondering what... Learn More

What's open in the Loop?

As businesses in Chicago continue to gradually resume operations, find out which establishments are open in the Loop. From restaurants to museums, retailers to public spaces, there’s a lot you... Learn More
Can't find what you're looking for?
Get travel inspiration, tips and exclusive offers sent straight to your inbox.