“We were concerned that the COVID-19 surge driven by the Delta variant would have a severe impact on Loop activity, but mitigation measures like continued vaccinations, vaccine mandates or requirements, and a reinstated mask mandate have worked well in avoiding another lockdown,” said Chicago Loop Alliance President and CEO Michael Edwards. “Looking ahead, we’re optimistic for improved metrics as COVID-19 cases and the city’s positivity rate gradually decline.”

Sundays on State, which has significantly boosted pedestrian activity during each event, wrapped up on Sept. 12. Chicago Loop Alliance will release a comprehensive report on the event series’ impacts later this week. 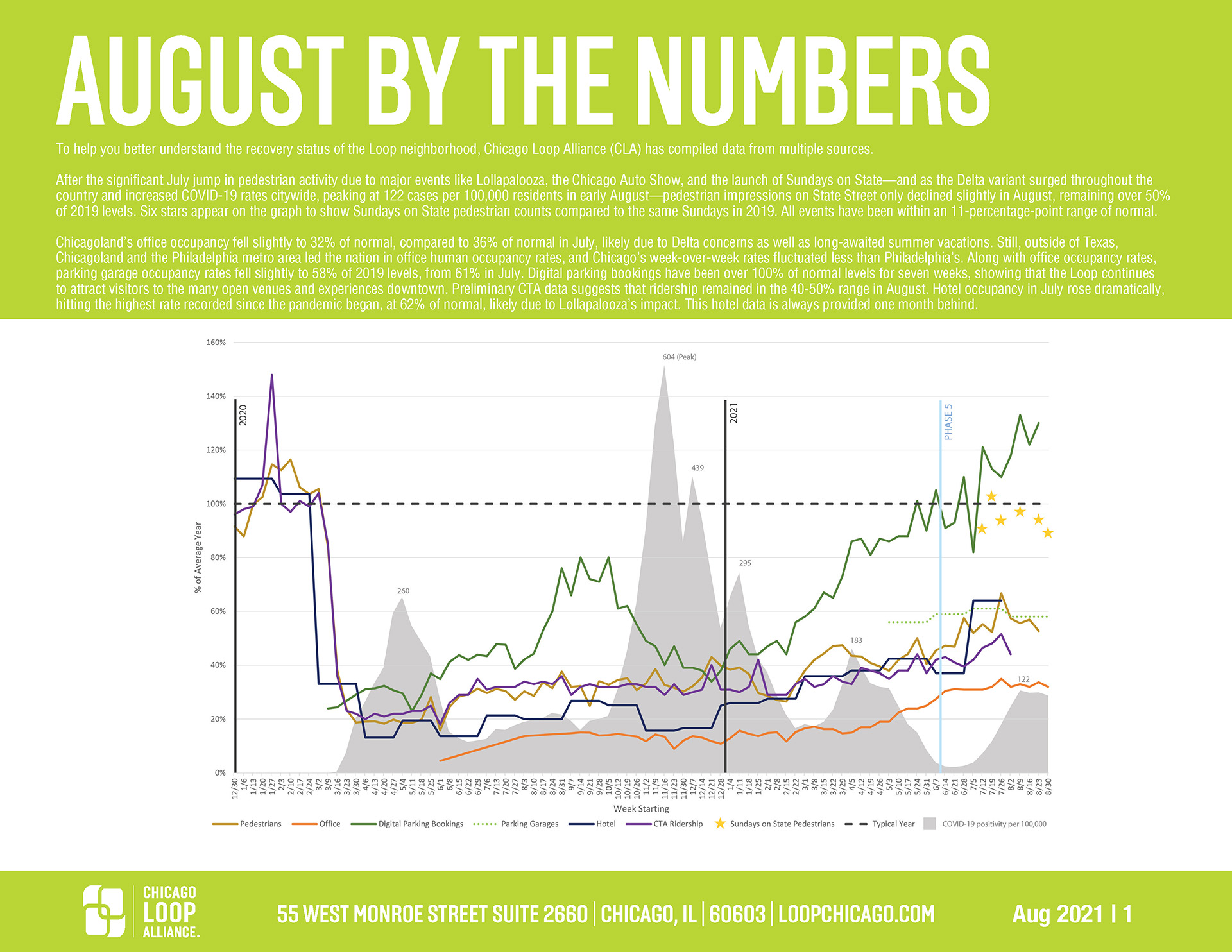 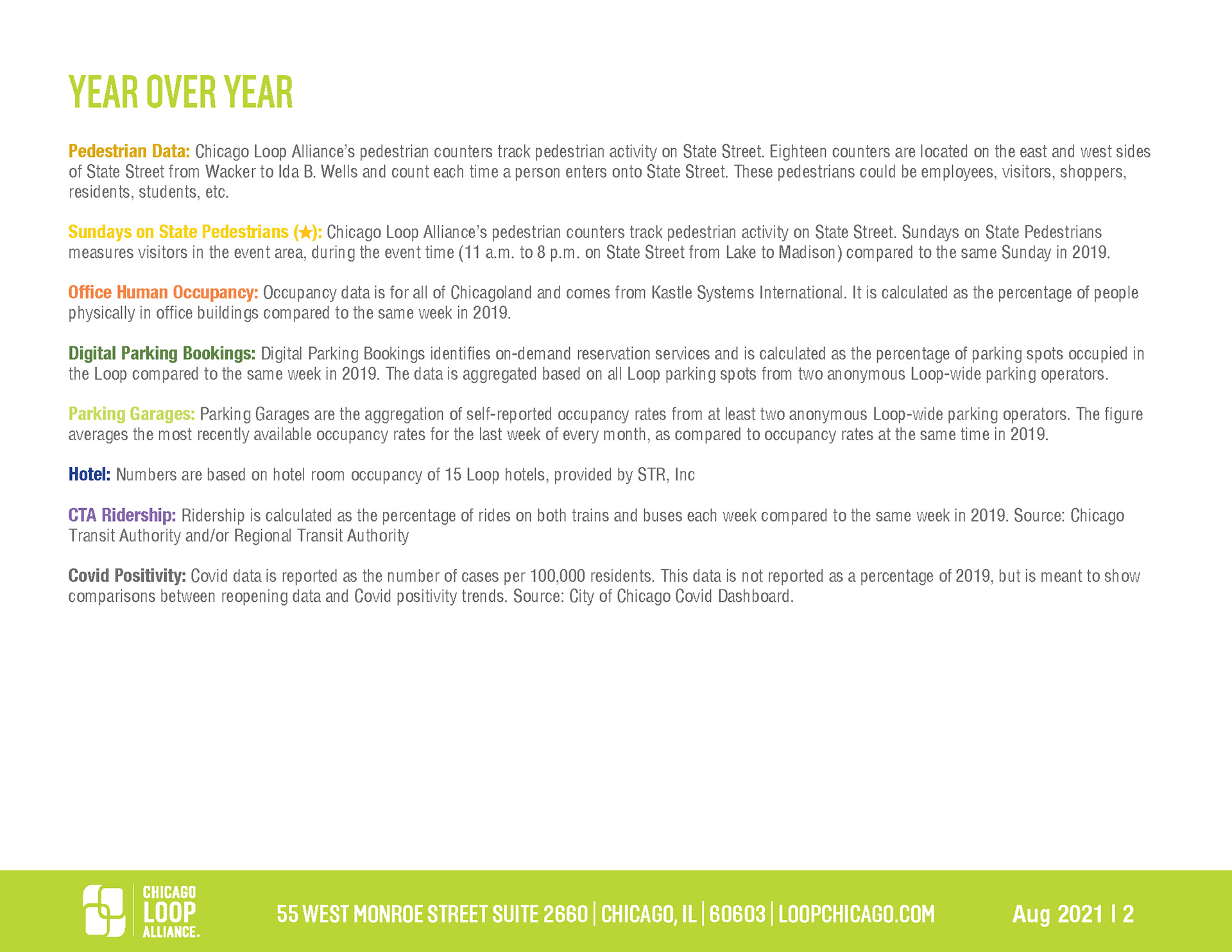